At last some good news for the high seas: Progress towards a legally binding treaty to safeguard the ocean beyond national boundaries

In the early hours of a snowy Saturday morning in New York, United Nations delegates took a historic step towards safeguarding the global ocean commons. Government representatives at a UN meeting agreed to launch a formal preparatory process for a global and legally-binding instrument for the conservation and sustainable use of marine biodiversity beyond national jurisdiction. 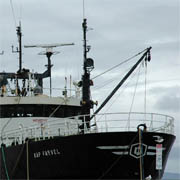 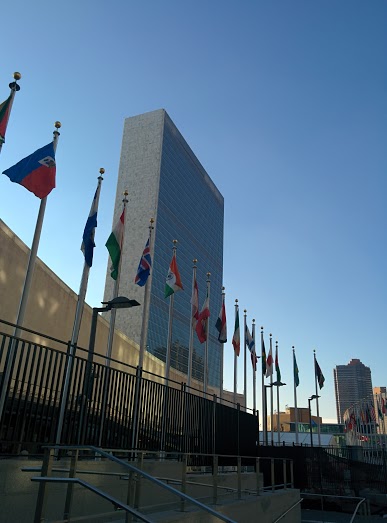 Witnessed by IUCN as an official observer, the decision followed four tense days - and nine years of deliberation - at the United Nations on how to better conserve and manage the vast ocean area beyond national boundaries –the high seas and international seabed area.

A formal preparatory committee will start work in early 2016 to craft the elements of a draft treaty under the United Nations Convention on the Law of the Sea (UNCLOS). Though no end date to the negotiations could be agreed, the General Assembly is to take a decision by September 2018 on the convening of an intergovernmental conference, under the auspices of the United Nations, to finalise and adopt the text.

“Though the final results remain uncertain, many have high hopes for the new treaty,” says Kristina M. Gjerde, IUCN Senior High Seas Advisor. “It could help secure the designation of a truly global system of marine protected areas, mainstream biodiversity conservation into the governance of high seas fisheries, shipping and seabed mining, and provide for more effective access to marine genetic resources. The treaty could also also foster important new scientific and commercial discoveries while ensuring the benefits are shared by all.”

As important assurance to high seas fishing states, it was agreed that any new treaty would not undermine existing agreements or the work of relevant international bodies.

“A legally-binding treaty for our global ocean commons is essential to build a healthy, resilient and productive ocean for the benefit of us all, future generations included. Indeed, for the two thirds of the ocean beyond national jurisdiction, international cooperation is the only way forward,” says Aurélie Spadone, Programme Officer with IUCN’s Global Marine and Polar Programme.

For over a decade, IUCN has been fostering the scientific knowledge and legal analysis to understand how we can better manage the vast marine realm beyond national boundaries. It has organised seminars for government representatives and growing networks of experts, and, together with its many partners, will continue to contribute towards an effective and equitable international agreement.

LINKS:
UNCLOS - UN Convention on the Law of the Sea