Today, more than a fifth of the Amazon is severely degraded and the entire ecosystem is at the tipping point of collapse. The impacts of this destruction fall hardest on the indigenous peoples and local communities who have lived in and protected the region for generations. IUCN Members voted overwhelmingly to support indigenous-led efforts to protect 80% of Amazonia by 2025.

Dr Alicia Guzmán León is Senior Amazon Advisor to Stand.earth, an environmental organisation dedicated to promoting corporate and state transparency to generate solutions against practices that are destructive to the environment. Dr Guzmán León's research focusses on a range of environmental issues including climate finance and water justice.

Gregorio Mirabal is the General Coordinator of the umbrella organisation of Indigenous Organisations of the Amazon (COICA), an IUCN Member organisation which represents over 500 indigenous nations and nationalities in nine countries. He is a representative of ORPIA (the Organization of the Indigenous Peoples of the Venezuelan Amazon) and a tireless fighter for the promotion, protection and security of indigenous peoples and territories through the defence of their ways of life, principles and social, spiritual and cultural values. 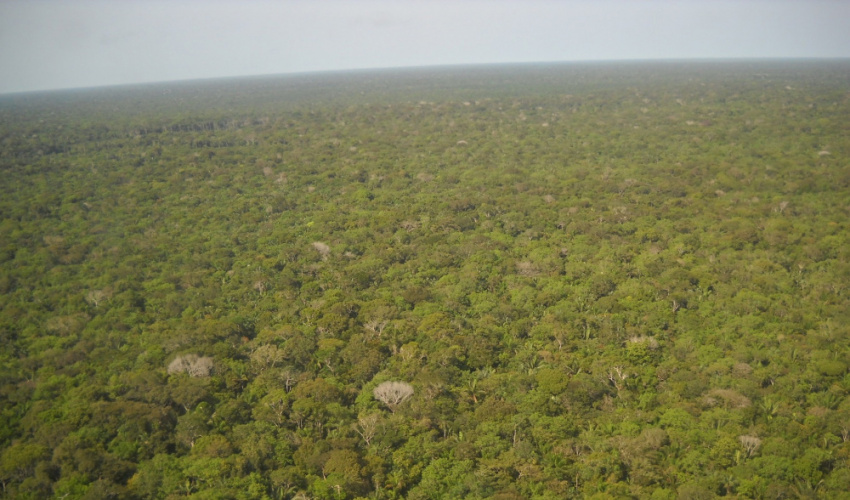 Opinions expressed in posts featured on the Crossroads blog and in related comments are those of the authors and do not necessarily reflect opinions of IUCN or a consensus of its Member organisations.

The IUCN World Conservation Congress in Marseille, September 2021, was the scene of a historic moment in the shaping of global politics. Indigenous peoples of over 500 nationalities had a voice and a vote, and presented a viable solution based on science and ancient knowledge to avert the tipping point in Amazonia and respond to the planetary crisis. This is the main objective of the initiative Amazonia for life: protect 80% by 2025.

Motion 129 (now WCC 2020 Resolution 129) to avoid the point of no return in the Amazon protecting 80% by 2025 is a ground-breaking and bold proposal to protect the largest tropical forest on Earth, and can be a model for other large ecosystems nearing similar tipping points. The tipping point refers to a threshold between 20-25% of deforestation and high degradation, leading to the possibility of a dieback of the entire ecosystem due to deforestation only in parts of the rainforest.

In 2020, 2.3 million hectares of primary forest were lost in the nine countries of the Amazon Basin. In a few years the Amazon as we know it today may no longer exist.

Our data indicates that we have entered this process as deforestation and severe degradation have reached 22% of the region. Most of the deforestation (87.5%) takes place outside protected areas and indigenous territories. Protection actions in this region are therefore urgent given that we are already in the midst of the tipping point crisis. In a few years the Amazon as we know it today may no longer exist, and we simply don’t have time for inaction or continued forest loss and fragmentation.

Since 2000, global temperatures have been the hottest in more than 2,000 years. Not even the pandemic and resulting global quarantine measures could revert the warming trend. In fact, in some places, it accelerated it. In 2020, 2.3 million hectares of primary forest were lost in the nine countries of the Amazon Basin, which translates into a 17% increase compared to 2019.

Where deforestation and degradation happen, there is a hidden story of violence against those who live in these territories. Between 2015 and the first half of 2019, 232 leaders of indigenous communities were assassinated in the region due to disputes over land and natural resources. In 2020, this trend continued. The three most targeted sectors of human rights defence in the Americas were: land, environmental, and indigenous peoples’ rights (40%). This reality reveals the obsolescence of the current global governance model.

Climate resilience cannot be achieved without including stakeholders in the decision-making process. A just transition requires the free, prior and informed consent of indigenous peoples.

Motion 129 calls for the immediate implementation of the IUCN Durban Accord (2003) which captured a ‘new paradigm’ that emphasised the respect of the rights of indigenous peoples and local communities and their role in protected area governance. Climate resilience cannot be achieved without including stakeholders in the decision-making process; indigenous peoples cannot be just observers and defenders. A just transition requires that governments and the international community as a whole ensure the free, prior and informed consent of indigenous peoples. 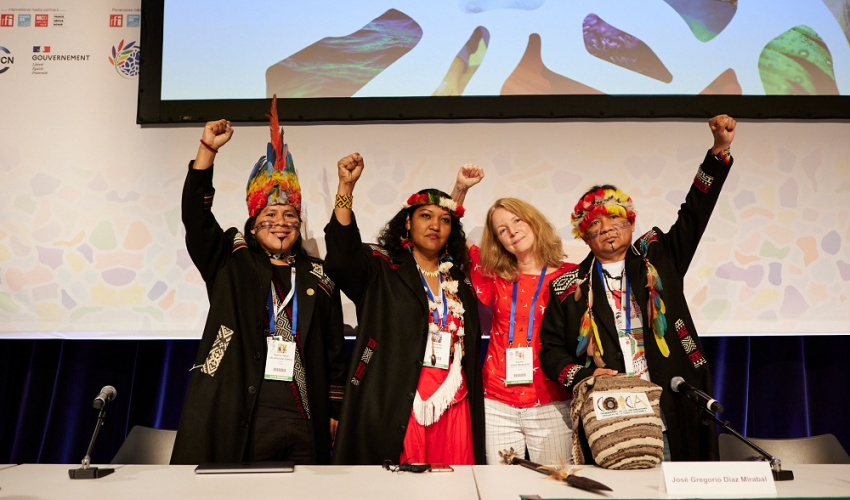 Amazonia for life: protect 80% by 2025 is launched at the IUCN Congress

The approval of Motion 129 – which passed with overwhelming support in the IUCN Members’ Assembly - has to be understood as the reconciliation between the conservation movement and those who live in the most bio-culturally diverse territories. The gap between both has left a void from which the extractive industries have often profited. This is why the approval of a unique target for Amazonia in a global forum like the IUCN Congress sends a message to decision makers. This is a clear message filled with hope, with indigenous peoples in the centre of a new governance and conservation management model; where those who inhabit and defend territories are recognised and heard. We know the path.

The approval of a unique target for Amazonia in a global forum like the IUCN Congress sends a message to decision makers.

The Amazonia for life initiative is developing data to inform and guide global, national and local policy. Our findings demonstrate that the protection of 80% of Amazonia is not only possible, but urgently needed. Our data supports the path stated in Motion 129 with clear policy options to achieve 80% protection by 2025.

This must be a story of conservation and restoration. Regardless of existing degradation and deforestation, 72% of Amazonia still contains sites with very high functionality (ecosystem services) and ecological representativeness (biodiversity and connectivity), with an additional 16% that could be restored. These are Key Priority Areas (KPA) to preserve Amazonia. 31% of KPAs remain undisturbed and 41% have ‘low disturbance’. Immediate protection is needed to preserve these areas.

A third of KPAs (273 million hectares) don’t have any level of protection or indigenous land titling, and 75% (203 million hectares) of these areas are intact and primary forests. Motion 129 clearly establishes the need to enact moratoria on industrial activities that are carried out in primary forests. To deliver this, governments in the region require new financial mechanisms to support national expenditure as well as conditional debt relief that allows an ordered transformation of their economies.

To stop industrial activities in primary forests, governments in the region require new financial mechanisms to support national expenditure as well as conditional debt relief that allows an ordered transformation of their economies.

A crucial step is to preserve the most pristine landscapes in the region, given the sheer scale of forest loss and fragmentation in the Amazon. It is shocking that 66% of Amazonia is subject to some type of fixed or ongoing pressure related to deforestation and degradation: 19% of Amazonia is paved or unpaved road; there are 350 hydroelectric power plants operating in the basin and 483 are planned; oil blocks occupy 9.4% of the area of Amazonia and 43% of these oil blocks are within indigenous territories (11%) and protected areas.

Finally, the indigenous call is to restore at least half of degraded forest areas (8% of the total area) in the Amazon Basin by 2025, since these can connect the other 72% of KPAs. 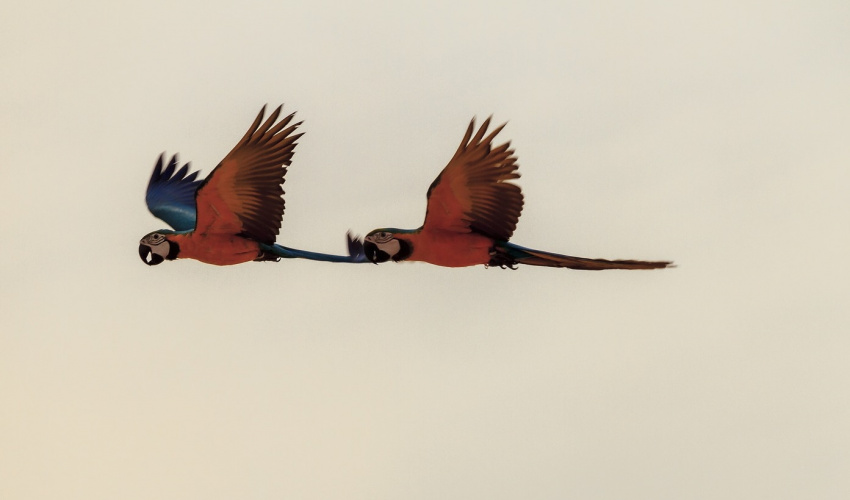 The ultimate lesson the pandemic leaves us all is the level to which we are interconnected. The indigenous peoples of this awe-inspiring region called Amazonia that spans nine countries live this sense of unity or wholeness with nature through their ancestral cultures on a daily basis.

WCC 2020 Resolution 129 is an invitation to follow the path of those that can teach us to live in solidarity for current and future generations.

Together COICA and Stand.earth coordinate the Amazonia for life: protect 80% by 2025 initiative that was launched at the IUCN Congress in Marseille.