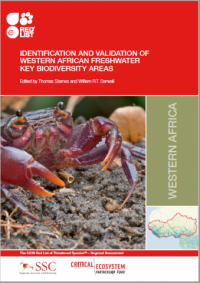 Western Africa is rich in freshwater biodiversity and regional endemicity, supporting the entire global populations of many threatened freshwater species including fishes, molluscs, dragonflies, crabs, shrimps and aquatic plants. This report builds on a regional baseline assessment completed in 2009 as well as an assessment of freshwater Key Biodiversity Areas in 2015. The conservation status of freshwater species is found to be declining, but strikingly there is a lack of sufficient monitoring data to reveal conservation trends of freshwater species, with many species not having been observed for decades. This report identifies key threats to specific species and locations, making recommendations for the conservation of these sites as Key Biodiversity Areas, as well as highlighting specific sites in urgent need of surveys and identifying critical research actions.

Western Africa is rich in freshwater biodiversity and regional endemicity, supporting the…

Western Africa is rich in freshwater biodiversity and regional endemicity, supporting the…

The primary goal is to highlight some of the principles which should be considered by planners,… 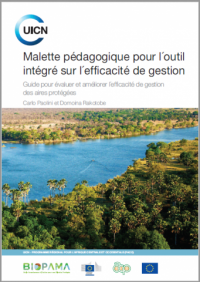