IUCN comes forward with new commitments and initiatives in its Climate Change Gender Action Plan (ccGAP) to strengthen the resilience of women and girls in the face of climate-related impacts, while aiming to accelerate progress and support gender-responsive climate action plan. 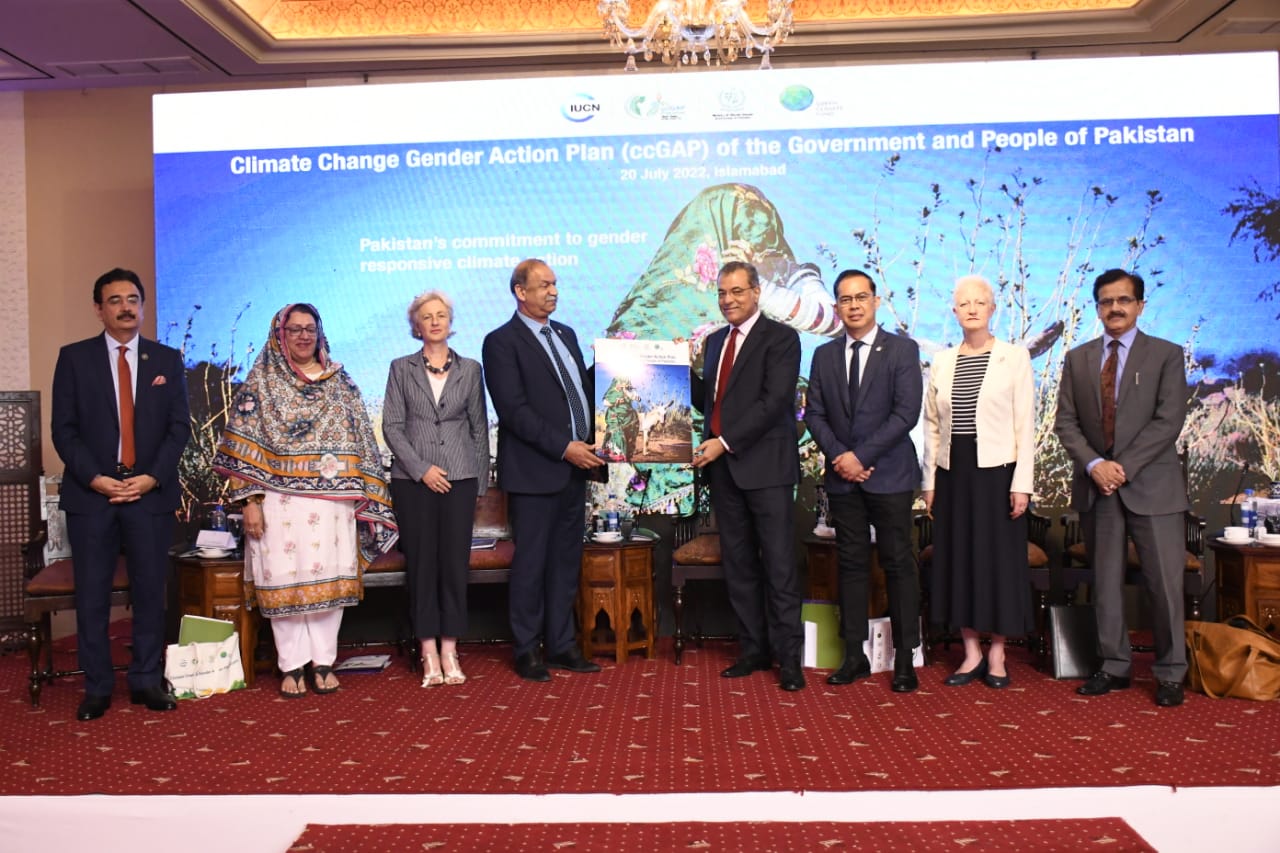 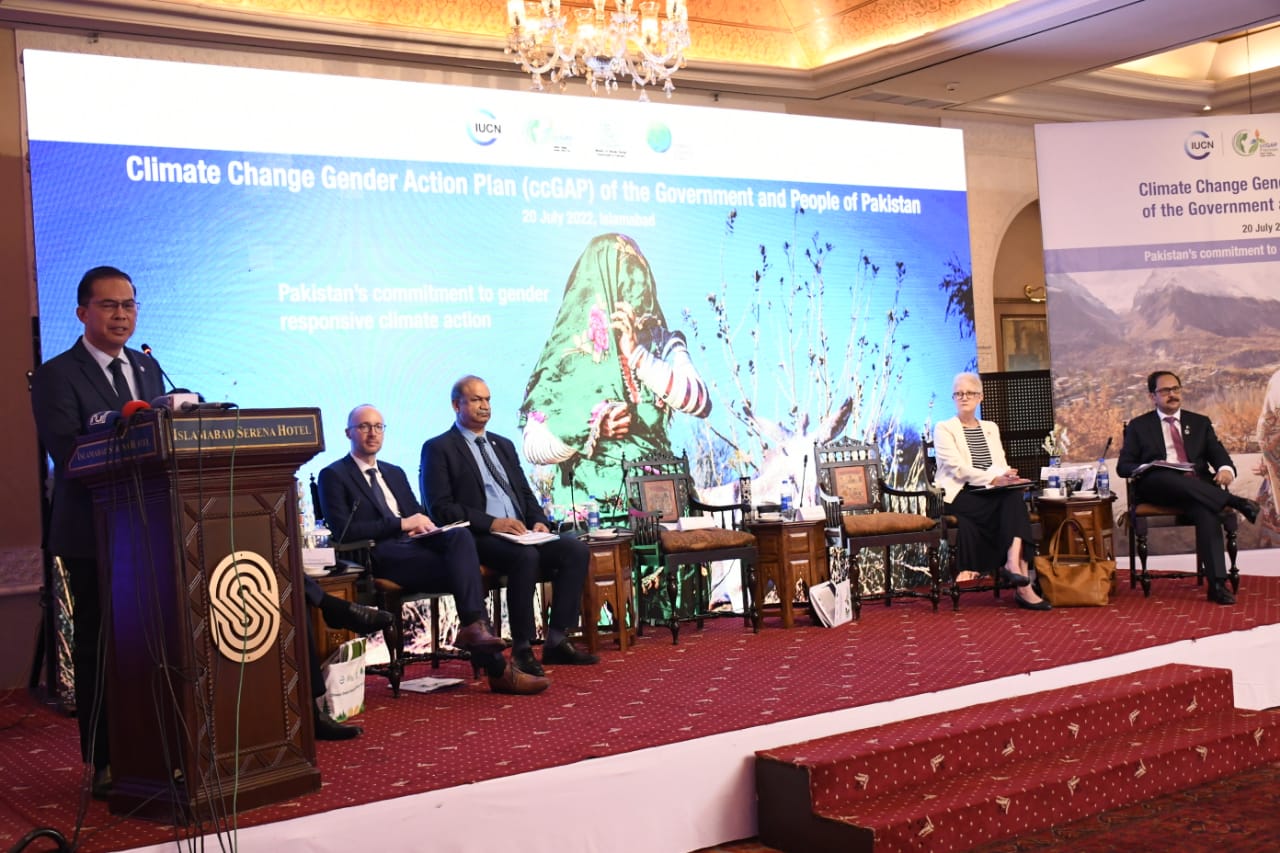 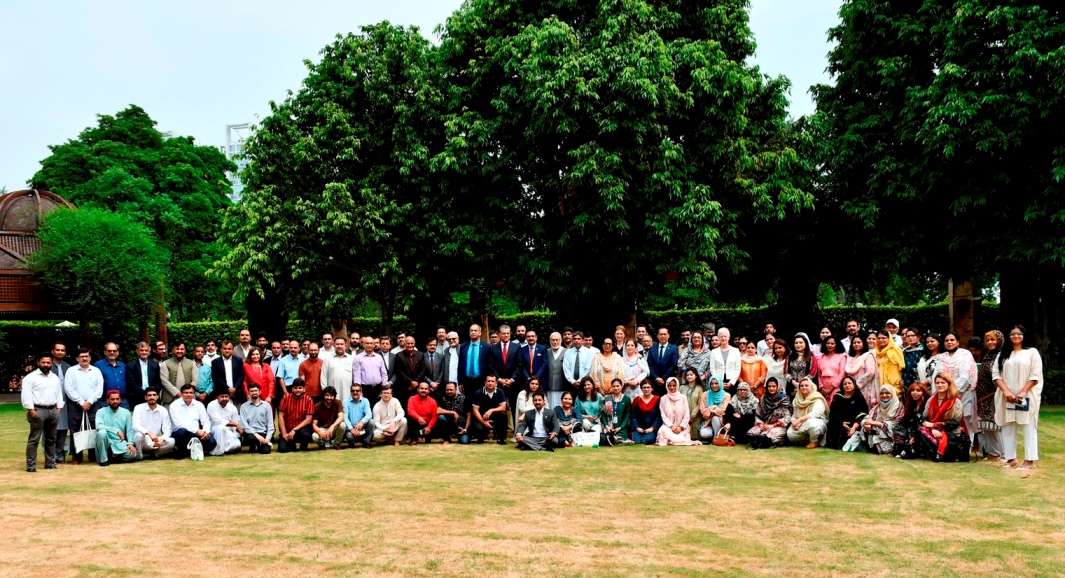 Pakistan is currently ranked among the most vulnerable countries to the widespread and cross-sectoral impacts of climate change with women despite possessing intimate local knowledge of common natural resources, being left out of the picture when decisions are made on climate action. The aim of the Climate Change Gender Action Plan is to ensure that women are able to influence climate change decisions, and that, women and men are represented equally in all aspects as a way to increase its effectiveness. 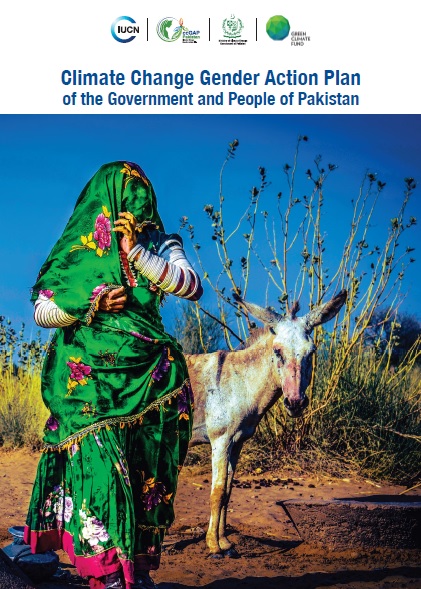 The Climate Change Gender Action Plan (ccGAP) supports inclusive policy dialogue, capacity development, and pilot projects for women by focusing on recognizing gender equality as a core principle, and inclusion of women in local and national level policy program and design. The process involved months of consultative sessions among multiple stakeholders including key sector experts from IUCN, Government, civil society, think tanks and leaders from academia, to bolster the role of women in climate action while strengthening their resilience in the face of climate related impacts.

The ccGAP has been developed around the six priority sectors namely Agriculture and Food security, Forest and Biodiversity, Disaster Risk Reduction, Water Sanitation and Hygiene, Integrated Coastal Management and Energy and Transport. These priority sectors emphasize the need to increase the integration of gender considerations—such as addressing women's specific vulnerability to natural disasters, understanding women's role in agriculture and food production, and supporting women entrepreneurs in the energy and transportation sectors—as well as to increase climate-related resources that integrate gender priorities and reflect the needs of women and girls.

Senator and Honorable Minister of Climate Change, Ms. Sherry Rehman conveyed her regards to the participants and shared her recorded message via online platform, where she shared how women and children are the first one to be recipient of climate adverse effects that further amplify in worsening gender statistics on climate change. Speaking to the audience, the Minister thanked the team of IUCN in preparing the Climate Change Gender Action Plan and how it will enhance the capacity of policymakers to develop and adopt effective, evidence-based policies and programmes at all levels and boost women’s and girls’ specific contributions to environmental conservation and climate change mitigation and adaptation.

Speaking on the occasion, IUCN Country Representative, Mr. Mahmood Akhtar Cheema, elaborated how the Climate Change Gender Action Plan would help practitioners and stakeholders leverage co-benefits between gender equality and climate action to achieve sustainable development in Pakistan. He  emphasized that the ccGAP document calls for leveraging and strengthening the full, equal and meaningful participation and influence of women and girls where specific efforts must be made to amplify the voices and knowledge of marginalized women, including indigenous women, older women, women with disabilities, migrant women and those living in rural, remote, conflict and disaster-prone areas.

Mr. Joudat Ayaz,Additional Secretary, Ministry of Climate Change thanked the regional director of IUCN Asia and Country Representative, IUCN Pakistan and also reiterated that Climate change and Global warming are two very critical elements that need immediate attention and intervention. While speaking to the audience, he shared how glaciers are melting at a rapid speed and the next five to six years for Pakistan will be tough with regards to Climate Change. He  appreciated the timely development of this Climate Change Gender Action Plan for Pakistan.

Regional Director IUCN Asia and Hub Director for Oceania, Dr. Dindo  Campilan acknowledged the role of women and girls and declared them as Agents of Change and as important stakeholders for sustainable development, particularly in safeguarding the environmental issues. Speaking to the audience, he emphasized that Climate Change Gender Action Plan ccGAP is a blueprint for leaders to promote women’s and girls’ full and equal participation and leadership in the designing and implementation of climate change, environmental policies and programmes moving forward.

The event concluded with a vote of thanks by IUCN Country Representative, Mr. Mahmood Akhtar Cheema, who thanked the dignitaries for their presence at the event, while also appreciating the contributions of the 300 women, gender experts, women organizations and key stakeholders from the priority sectors from all over Pakistan, in shaping Pakistan’s first ever Climate Change Gender Action Plan.

The climate change gender action plan for Pakistan can be accessed here.