Thousands of French commons contribute to social and environmental outcomes, yet many have been proposed to be abolished without consultation. A group of legal experts, researchers, rights-holders and elected officials participated in a conference in the French Senate in October 2022 to inspire a new law to recognize and protect these commons and so reverse centuries of injustice.

Without permitting these commons to self-govern, not only are the rights-holders penalized, but France’s contribution to the Global Biodiversity Framework is hindered and out of step with global tendencies to recognize local communities that contribute to conservation. 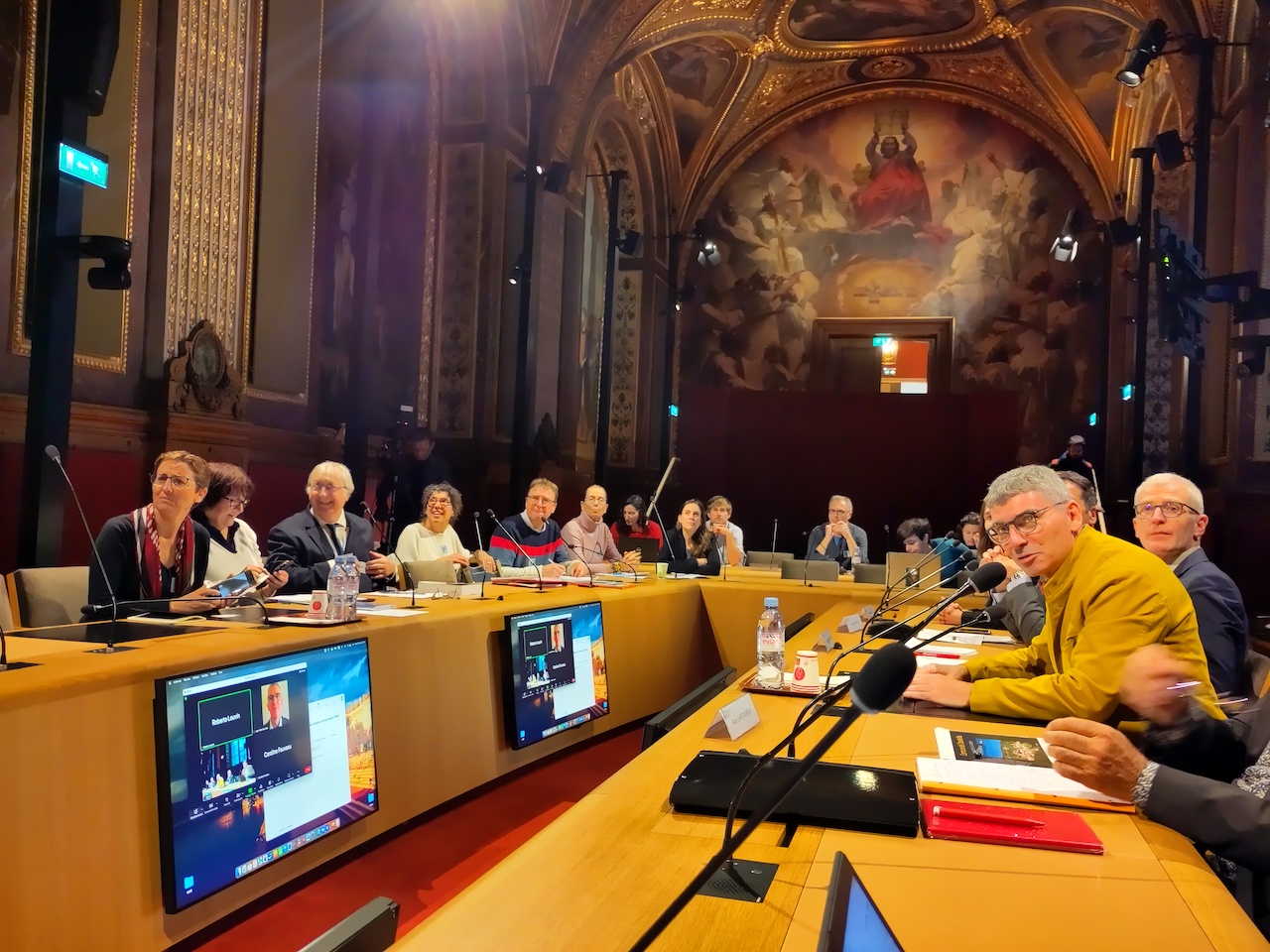 Conference on the legal status of the French commons at the Senate.

The French countryside is dotted with thousands of land commons, many of which remain hidden from view and policy, yet contribute to biodiversity, livelihoods and ecosystem services. These land commons go by various names: sections de commune, cayolar, prud’hommie, consortage, marais, patus, pateq, and many more.  However, many of these commons, and notably the more than 40,000 sections de commune, are under threat with current law proposals which seek to completely abolish these land commons, remove community rights, and place the land under state control.  Since 2013, and beginning with the French revolution, the state has regularly instated laws which reduce the capacity of communities to self-govern, and most recently placing most of these commons under the protection of the local authorities, without consultation.

These proposed laws, to land grab the remaining sections de commune, are proposed with little reflection or study about the contribution of these communities over time to creating and maintaining biodiversity, or little regard to the diverse ecosystem services that they maintain. A recent study released by IUCN France in October, on Other Effective Area-based Conservation Measures (OECMs), which includes the case of a section de commune, clearly shows that when these commons have the right to self-govern, they can effectively manage their resources and conserve biodiversity and so contribute to the Global Biodiversity Framework. In many cases, these contributions go unrecognized, despite the numerous cases of where land commons overlap with protected areas or biodiversity zones in France (e.g. Natura 2000, ZNIEFF, regional parks, etc). However, more such studies are needed (and are planned), to highlight the many ways in which land commons contribute to environmental and social outcomes.

In October 2022, a group of researchers, local authorities, and rights-holders presented work at a conference at the French senate, hosted by Senator Pierre Ouzoulias, to inspire a new law proposal which would recognize and protect these commons. The proposal is inspired by Italy’s recent actions in the Aosta Valley to recognize and support their consorteries.

The conference saw a diversity of legal, academic, and landscape experts discuss potential legal models, and understand the social-environmental importance of these commons. Testimonies from Italy, Switzerland, Scotland, and England demonstrated how other European countries have changed their law to recognize their commons. Testimonies from French rights-holders from sections de commune and the cayolars made strong cases for how rights-holders currently manage their resources and lands. The road is still long to new laws being proposed, but a coalition of actors has been formed to help support the political process of recognizing and protecting these precious parts of the French countryside, with many contributing to biodiversity.

The conference program can be viewed here: https://www.fac-droit.univ-smb.fr/fr/2022/09/la-relance-des-communs-fonciers/

The IUCN France OECM report can be viewed here: https://uicn.fr/les-autres-mesures-de-conservation-par-zone/