This is the eleventh in a series of interviews with the network of Experts involved in developing the IUCN’s European Red List (ERL) of Hoverflies. The project aims to assess the extinction risk of hoverfly species across Europe, and will contribute to guiding decisions and conservation action for these species at the European level.

In this issue of “Meet the experts”, we talked to Axel Ssymank, one of the assessors working on the Red List of Hoverflies. Axel works for the German Federal Agency for Nature Conservation as the head of the EU Habitats Directive and Natura 2000 and has joined the first European Hoverflies assessment after working in several German Hoverfly Red List projects. 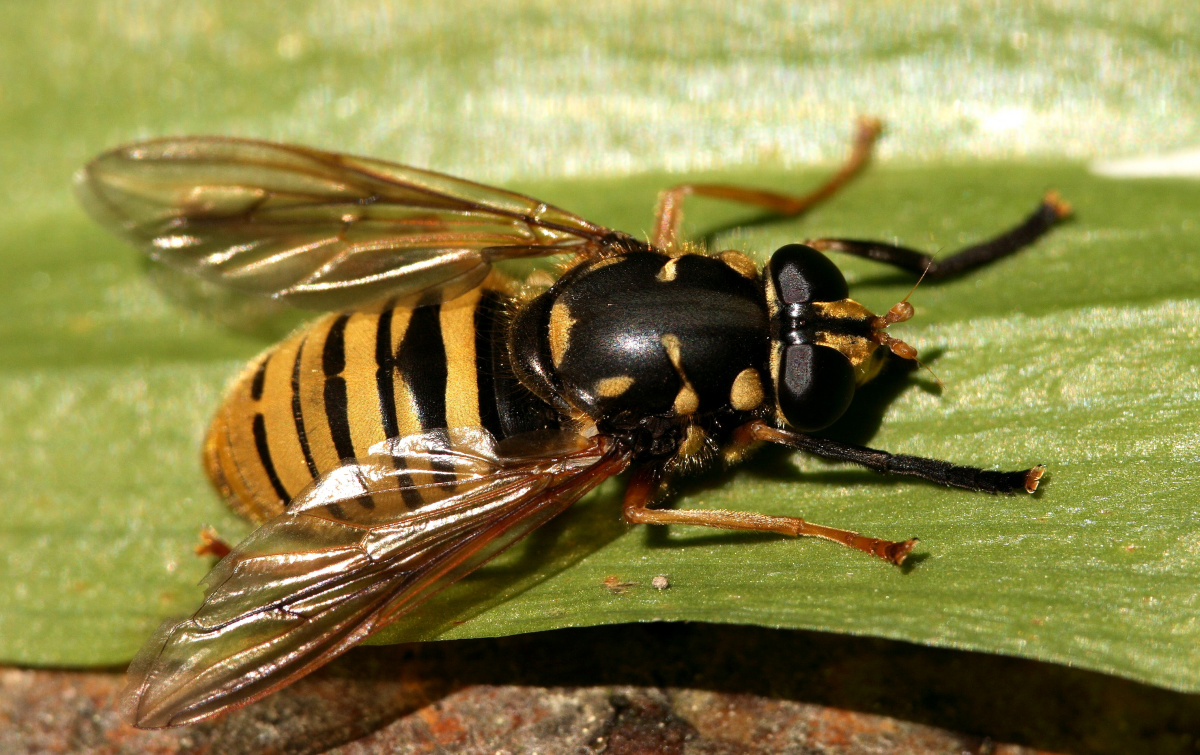 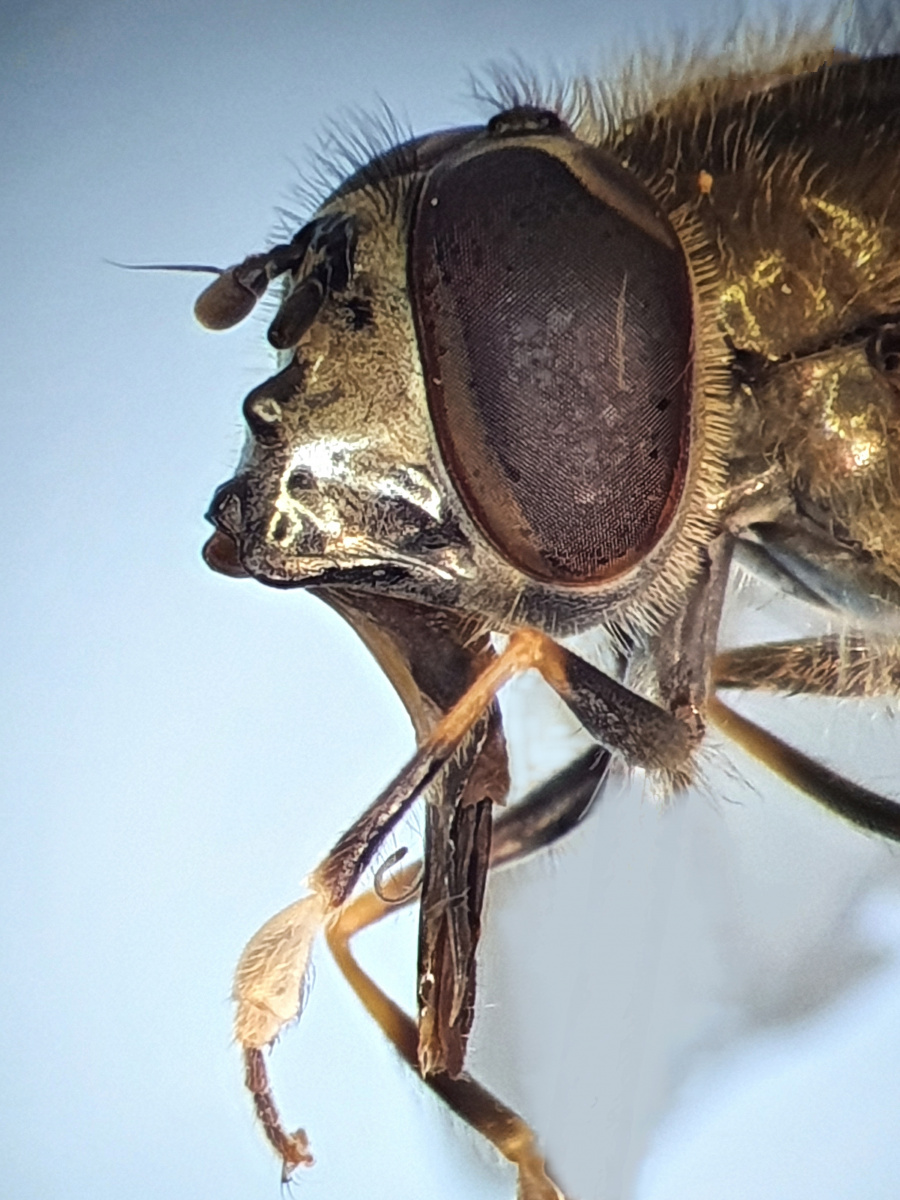 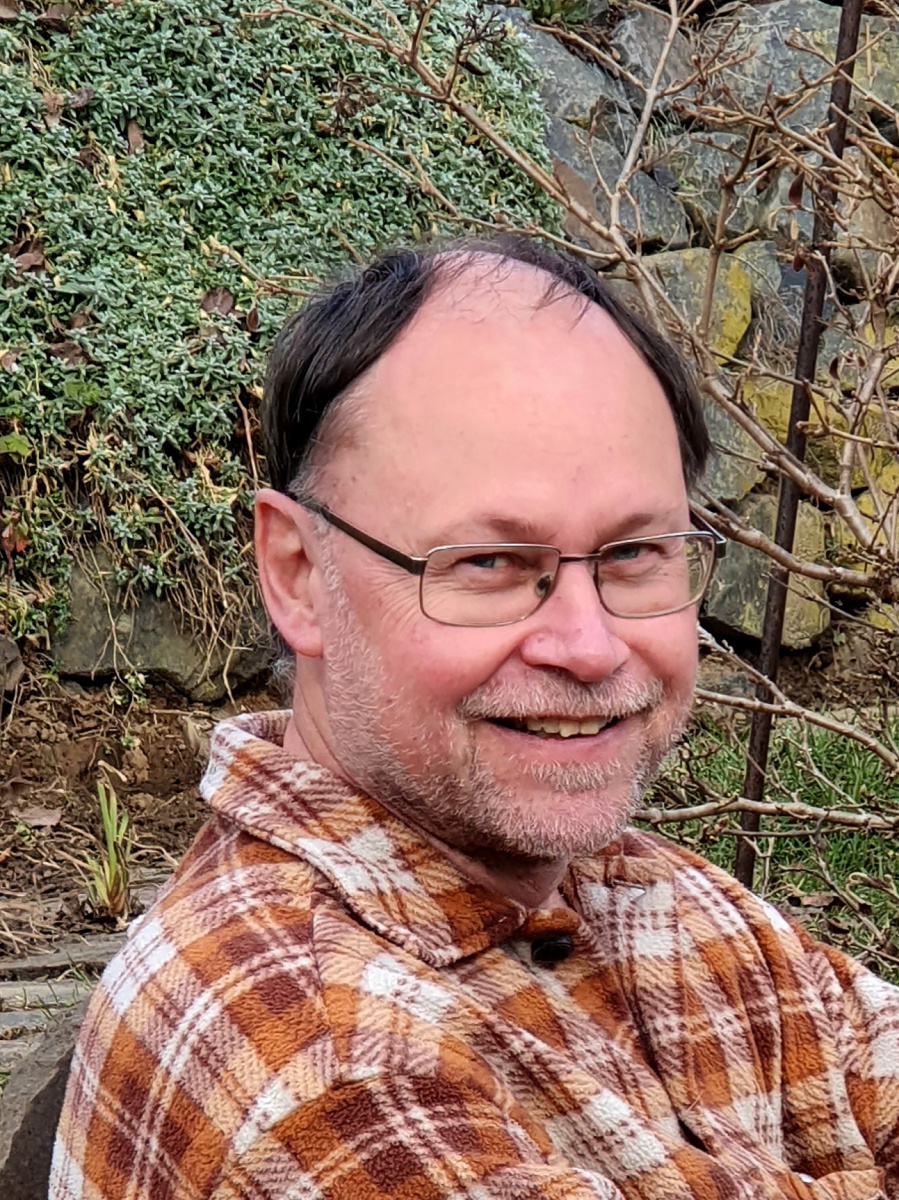 Axel’s interest in hoverflies evolved early in life. He describes being captivated by the elegance of the hoverflies flight as a child: “They could stand still in the air just above the flower like a small helicopter but then suddenly dart away quicker than any airplane. Later they returned to the very same spot in the air, hovering as if they hadn’t been away at all.” Axel went on to complete his PhD on the relationships between vegetation and hoverfly pollination.

Axel appreciates the immense diversity of hoverflies, and hesitates in choosing favourites, but there are two genera that he particularly appreciates. The Temnostostoma, he explains, are an interesting group of wasp mimics that “mimic not only the colour pattern, but also the behaviour and even the sound of the wasps flight”.

Axel also admires the hoverflies in the Platycheirus genus. Named after the Greek for “wide hand”, males of this genus often have a flattened forehand. These have very specific hair and colour patterns, which means they can be used as “fingerprints” to identify individuals. “Hoverflies and a fascinating group, and should be better known by a broader public”.

Axel highlights the importance of hoverflies for ecosystems, recognizing that despite being less known and talked about than bees, they are just as essential in ensuring wild flower and crop pollination: “Hoverflies complement bee pollination”, Axel explains, “While bees prefer the hotter climate, cooler conditions can still be favourable for hoverfly pollination. There are also plants which are almost exclusively pollinated by hoverflies”.

Axel also adds that the importance of hoverflies is not limited to their role as pollinators. Hoverfly larvae live in a diversity of habitats, and can be responsible for water purification or biocontrol of plant pests. These services make hoverflies good bioindicators of ecosystem health, and useful to assess the conservation status of endangered habitats, which Axel works on in the EU-habitats Directive.

Axel worries about the large decline in hoverflies that the red list assessments have revealed: “This means a growing risk of not only biodiversity loss, but also decreased adaptability to changing environments”. The decline of hoverflies will “ultimately lead to a loss of major pollination services and consequentially to less successful crops and loss of wild plant species”. Axel reminds us that “Every species lost is lost forever”.

So what can the average European citizen do to help hoverfly conservation? Axel tells us that “Hoverflies occur in almost every terrestrial habitat”, so all of us can do a part. The main way of protecting hoverflies is “avoiding the use of pesticide and caring for a diverse and long lasting flower bouquet”.

Still, Axel is encouraged by the raising public awareness of insect decline and the publication of the European Red List of Hoverfly later this year. Hoverflies are also included in the Pollinator Action Plan of the EU. Axel believes that this visibility “will help us better understand hoverflies and their ecological needs and slowly realize the vast ecosystem services and functions that they deliver”. Axel hopes “that this will finally help us reorganize our land-use and achieve biodiversity-friendly production which respects the need to protect all insect species, including the hoverflies”.