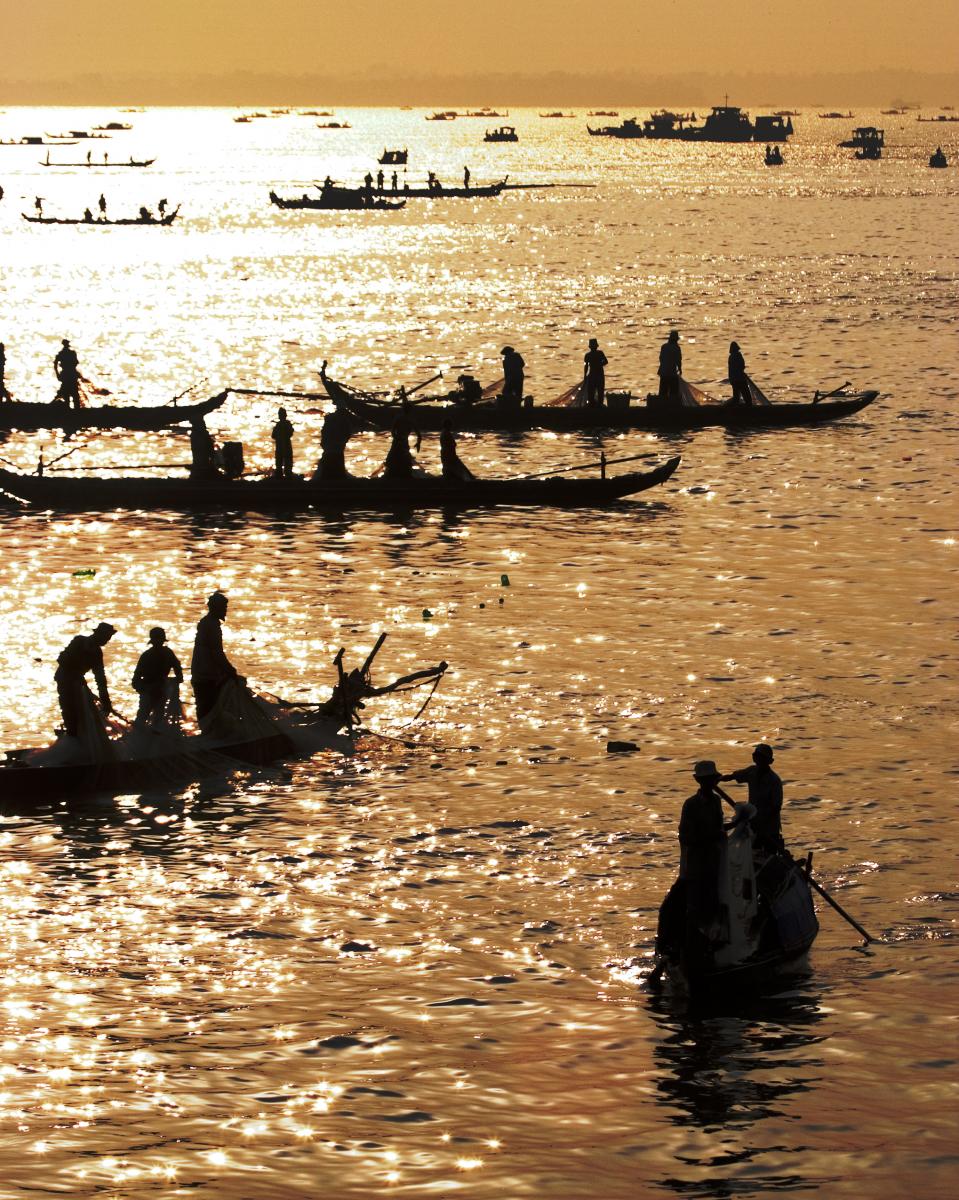 Morning fishing on the Mekong river. 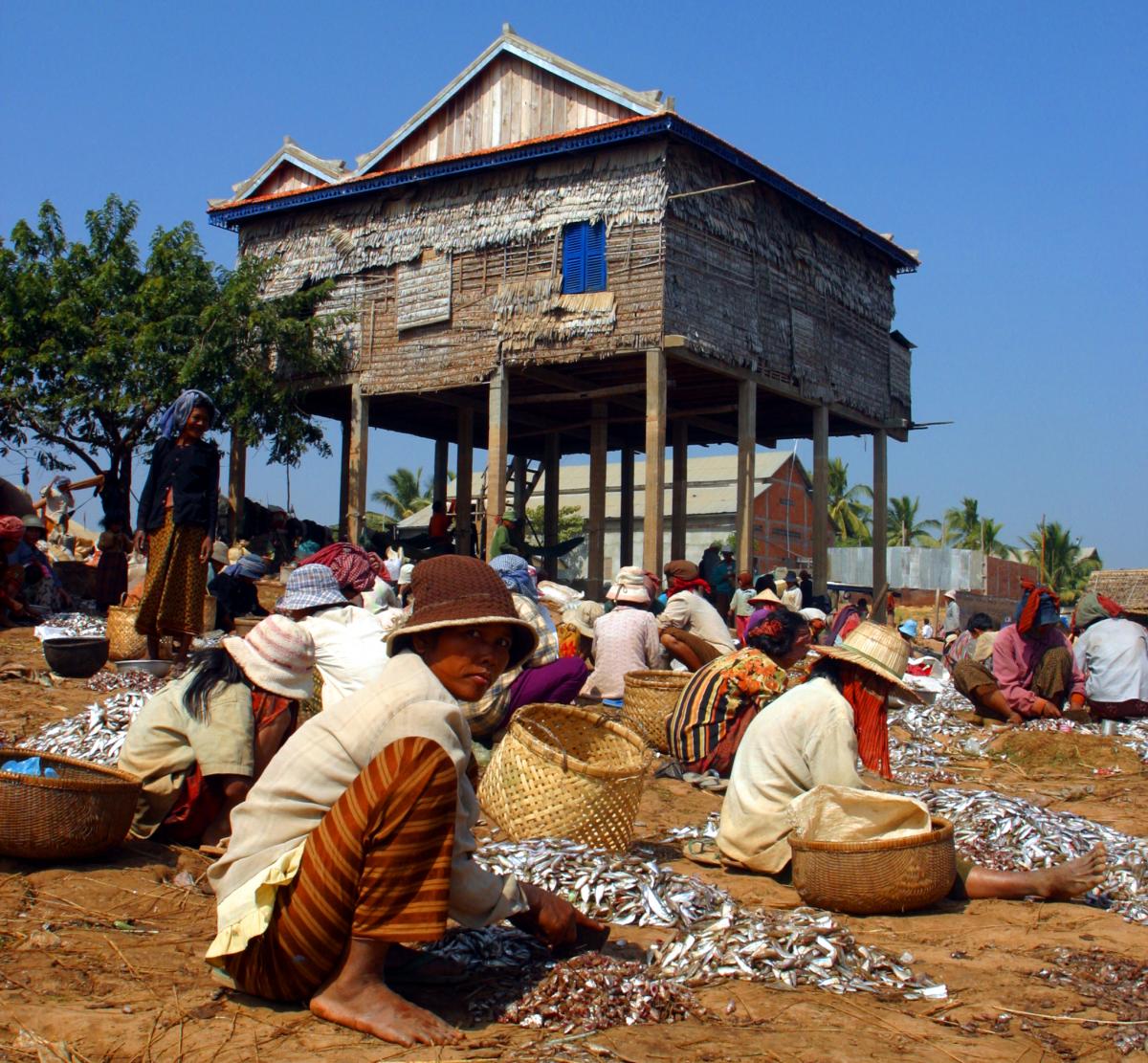 Women processing the fish catch on the banks of the Tonlé Sap river, Cambodia. 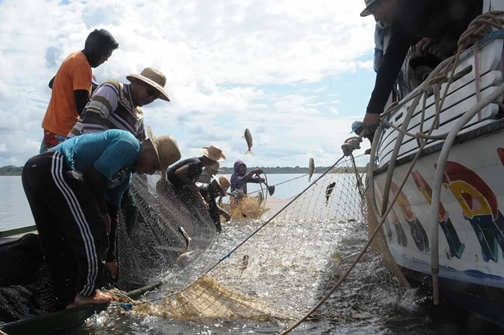 Photo: G. Stokes, U. of Florida

The new study, Inland fish and fisheries integral to achieving the Sustainable Development Goals, looks closely at how integrating inland fishery services into development programmes and policy decisions would support progress towards the UN Sustainable Development Goals (SDGs). The analysis shows that ecosystem benefits associated with inland fisheries make a substantial contribution towards achieving the goals towards No Poverty (SDG 1), Zero Hunger (SDG 2), Clean Water and Sanitation (SDG 6), Responsible Consumption and Production (SDG 12), and Life on Land (SDG 15). The study also notes the apparent link between inland fisheries and SDG 14, Life Below Water, though this goal has a focus on marine systems. An ‘emergency recovery plan’ to address freshwater biodiversity loss, as well as a Motion recently submitted to IUCN, have highlighted the possibility to include more representation of inland fisheries in SDG 14.

“Despite the importance of inland fisheries, they tend to be overlooked during water usage and policy decisions. Human demands on freshwater, such as hydropower, industry, agriculture, and domestic requirements, largely take precedence over fish, fisheries, and the habitats that support them,” said co-author Julie Claussen, Director of Operations at the Fisheries Conservation Foundation. “Freshwater is a basic human need and water security issues are imperative, yet a failure to recognise the role that inland fisheries play for many communities weakens the ability to achieve sustainability goals.”

Freshwater fishes are a vital contribution to biodiversity, and the fisheries for many of these species provide an essential source of food and livelihoods for people around the world. More than 40% of known fish species are found in freshwater, even though freshwater habitat covers less than 1% of the globe. Yet like other freshwater species, freshwater fishes are highly threatened. The IUCN Red List of Threatened SpeciesTM shows that around one in three freshwater species of vertebrates, invertebrates and plants are threatened with extinction.

“Nearly a billion people, particularly in developing parts of the world, are estimated to depend on inland fisheries as a source of food and nutrition,” said Ian Harrison, co-author and Co-Chair of the Freshwater Conservation Committee of IUCN’s Species Survival Commission, referring to a 2016 study. “Proper sustainable management of inland fisheries is closely linked with protecting aquatic ecosystems, their biodiversity, and the various important services they provide to people,” he continued. There is also a strong correlation between stable, high-yield ﬁsheries and high fish species richness, according to another 2016 study by IUCN.

“It is critical to develop ways to measure how well we are attaining our objectives for sustainable inland fisheries, which can be easily applied around the world,” said Abigail Lynch, lead author of the study published today and research biologist with the U.S. Geological Survey's National Climate Adaptation Science Center. “This is key to support global aims such as the SDGs and the Convention on Biological Diversity’s Post 2020 Global Biodiversity Framework, as reiterated in UN Water’s recent statement on Freshwater-Biodiversity Linkages for the Post 2020 Framework.”

The SDGs are at the heart of the 2030 Agenda for Sustainable Development, which “provides a shared blueprint for peace and prosperity for people and the planet, now and into the future”. For many, that future relies on a sustained inland fishery that safeguards their well-being.