IUCN has released a detailed report on whale protection measures implemented by Sakhalin Energy Investment Company Ltd. during a seismic survey conducted in the summer of 2015 close to an important western gray whale feeding area near Sakhalin Island, off the Russian coast, just north of Japan. Findings will inform future monitoring and mitigation plans at Sakhalin and elsewhere. 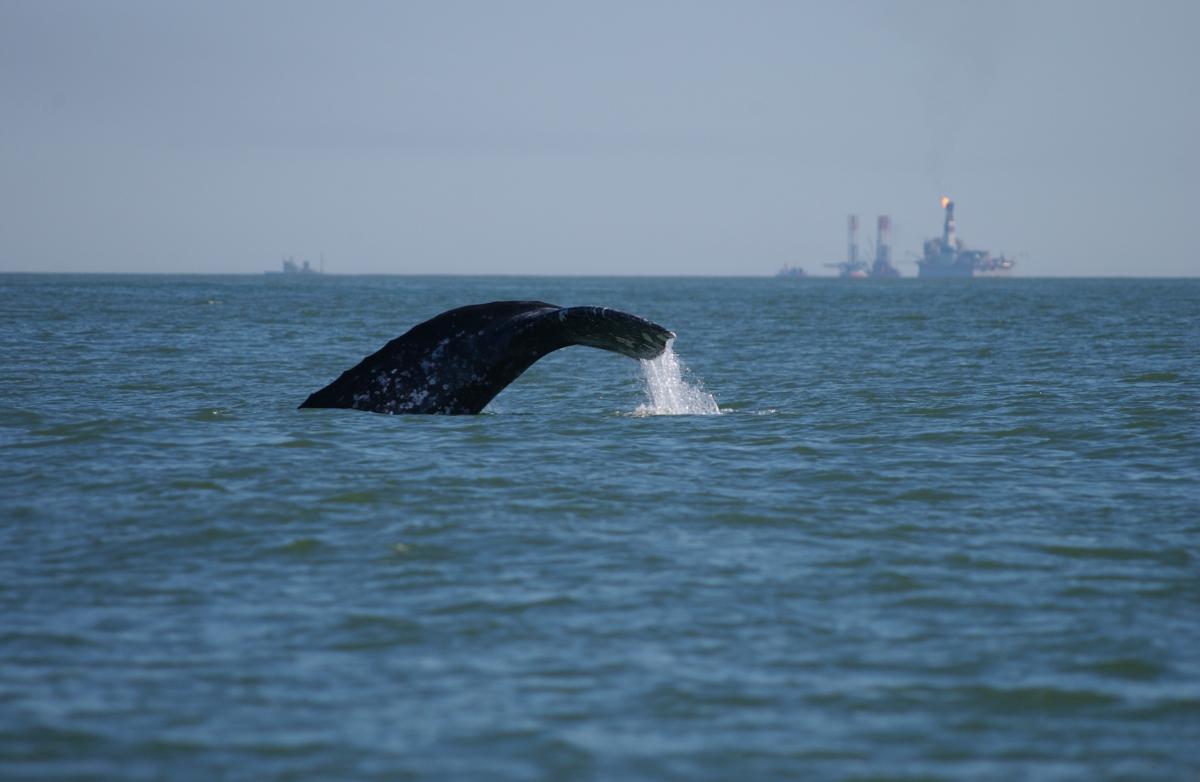 Major seismic surveys were conducted last summer to provide the energy industry with better understanding of changes in Sakhalin’s offshore oil and gas reserves. In such surveys, air guns towed behind a ship repeatedly emit powerful pulses of sound and the echoes are used to map the characteristics of oil and gas deposits.

To prevent or minimize harm to the whales from the seismic noise, Sakhalin Energy, the company conducting one of the surveys, sought advice from IUCN’s Western Gray Whale Advisory Panel (WGWAP) while developing its monitoring and mitigation plan (MMP). As reported in July 2015, the company agreed to have an Independent Observer from IUCN present in the field to observe and report on implementation of the plan.

The observer, Grigory Tsidulko, spent a month based at the company’s Temporary Whale Observation Camp, where he had access to the operation’s command centre. He was able to observe and describe the work of the various field teams such as those deployed at the acoustic outpost and observation stations and those involved in whale photo- identification. This made the Company and the WGWAP better able to evaluate the effectiveness of the MMP. It also provided a degree of transparency and public confidence that that is often lacking for offshore oil and gas operations.

In his report, Tsidulko concludes that overall Sakhalin Energy’s mitigation efforts were in accord with company’s MMP. The report provides some useful insights and recommendations on monitoring improvements that are expected to be used in MMPs for future seismic surveys.

“It must be recognized that each survey is different. The MMP needs to be developed specifically taking into account the applicable circumstances and conditions,” writes Tsidulko in his report. “MMPs need to honour common principles, strive to meet the highest standards of responsible environmental stewardship, and capitalize on experience.”

Sakhalin Energy was the only one of the energy companies conducting seismic surveys at Sakhalin in 2015 that accepted the inclusion of an Independent Observer as part of its MMP.

At its 16th meeting, the WGWAP expressed its appreciation to Sakhalin Energy and IUCN for their support and to Tsidulko for his hard work and dedication in fulfilling this important task. It also reiterated its belief that independent observation of implementation should be an integral component of any MMP for a marine seismic program in a sensitive area such as the north-eastern Sakhalin shelf.

LINKS:
2015 Report of the IUCN Independent Observer to the Seismic Survey of Sakhalin Energy