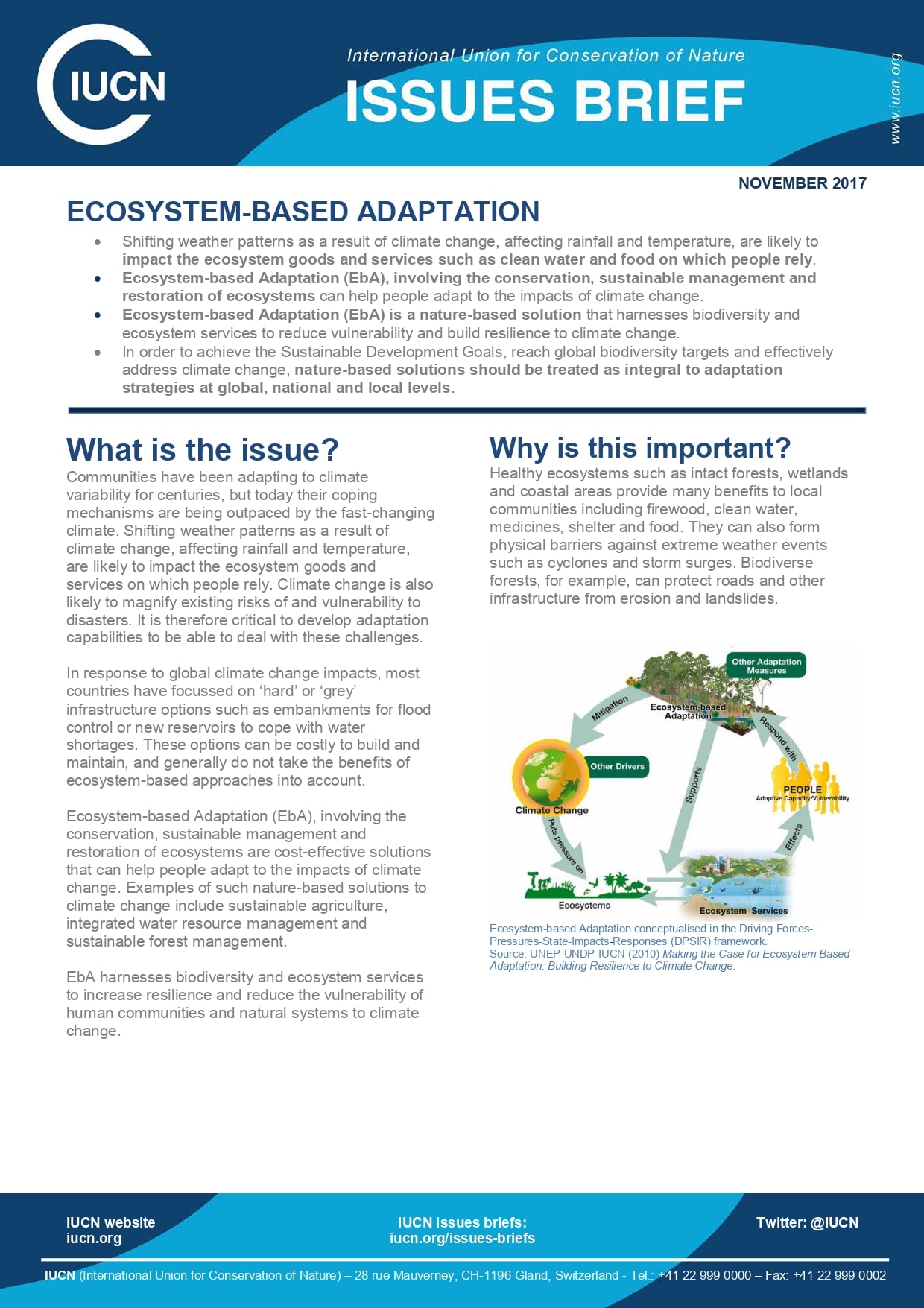 Communities have been adapting to climate variability for centuries, but today their coping mechanisms are being outpaced by the fast-changing climate. Shifting weather patterns as a result of climate change, affecting rainfall and temperature, are likely to impact the ecosystem goods and services on which people rely. Climate change is also likely to magnify existing risks of and vulnerability to disasters. It is therefore critical to develop adaptation capabilities to be able to deal with these challenges.

In response to global climate change impacts, most countries have focussed on ‘hard’ or ‘grey’ infrastructure options such as embankments for flood control or new reservoirs to cope with water shortages. These options can be costly to build and maintain, and generally do not take the benefits of ecosystem-based approaches into account.

EbA harnesses biodiversity and ecosystem services to increase resilience and reduce the vulnerability of human communities and natural systems to climate change.

Healthy ecosystems such as intact forests, wetlands and coastal areas provide many benefits to local communities including firewood, clean water, medicines, shelter and food. They can also form physical barriers against extreme weather events such as cyclones and storm surges. Biodiverse forests, for example, can protect roads and other infrastructure from erosion and landslides. 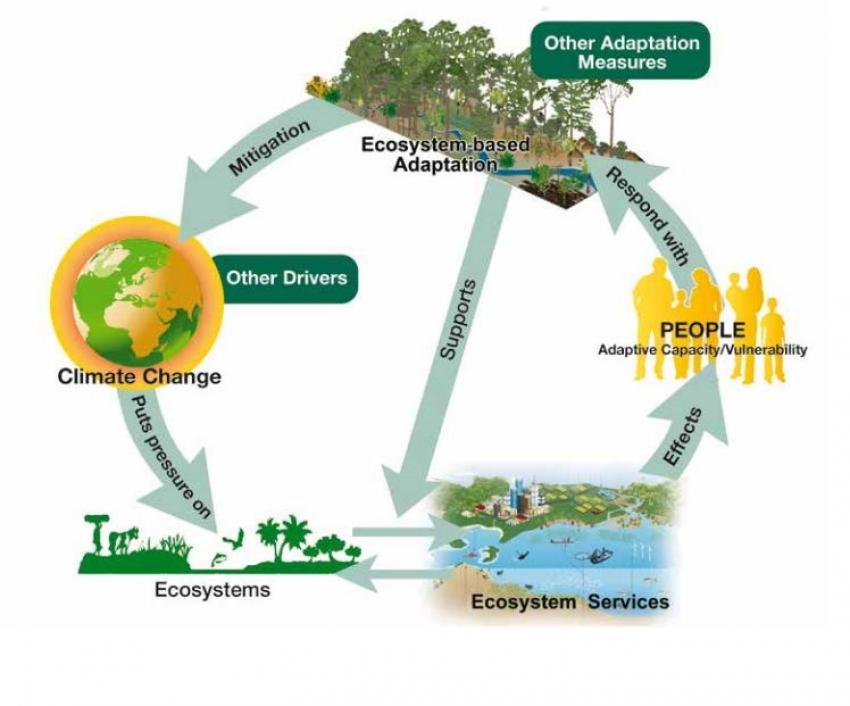 UNEP-UNDP-IUCN (2010) Making the Case for Ecosystem Based Adaptation: Building Resilience to Climate Change

According to a study carried out by Costanza et al. on the 34 major hurricanes in the United States since 1980, and published in the journal AMBIO in 2008, the loss of one hectare of wetland results in an average US$ 33,000 increase in storm damage. It also estimated that wetlands in the US contribute US$ 23.2 billion in storm protection services. Another study published in the journal Nature Climate Change in 2013, showed that natural habitats currently protect 67% of US coastline.

The success of ecosystem-based approaches depends on the recognition and uptake of local and traditional knowledge, and consideration of the needs of vulnerable community members such as women, the elderly and the poor. Through effective ecosystem management, EbA contributes to biodiversity conservation and to local economies.

EbA is now being used in hundreds of projects all over the world. Governments, civil society organisations and multilateral agencies are appreciating the effectiveness of EbA and its multiple benefits. The German Government’s environment ministry (IKI-BMUB) for instance has funded EbA projects worldwide worth around €130 million since 2008.

However, for ecosystem management approaches to effectively contribute to global climate change adaptation efforts at scale, more investment and the integration of EbA into climate policies are needed. Climate adaptation responses, both at the policy and field levels, can only be effective if they are fully integrated into development and conservation policies and projects.

Efforts are needed to develop working links between the adaptation goals of the United Nations Framework Convention on Climate Change (UNFCCC), the Aichi Targets of the Convention on Biological Diversity (CBD) and the Sustainable Development Goals (SDGs) to tackle climate change challenges in an integrated way.

This should involve implementing environmentally and biodiversity-sensitive development mechanisms. Countries can include EbA approaches in Nationally Determined Contributions (NDCs) under the Paris Agreement on climate change and National Biodiversity Strategies and Action Plans (NBSAPs) of the CBD. The implementation of these plans will also contribute towards achieving SDG targets.

EbA is an emerging area. More scientific data and evidence from the field are needed to validate its value and cost-effectiveness. This requires the development of guidelines and tools based on lessons learned from the field. Knowledge and experiences generated through numerous EbA projects should be shared widely to avoid duplication. Standards developed can be incorporated into international adaptation policy instruments and national adaptation policies. 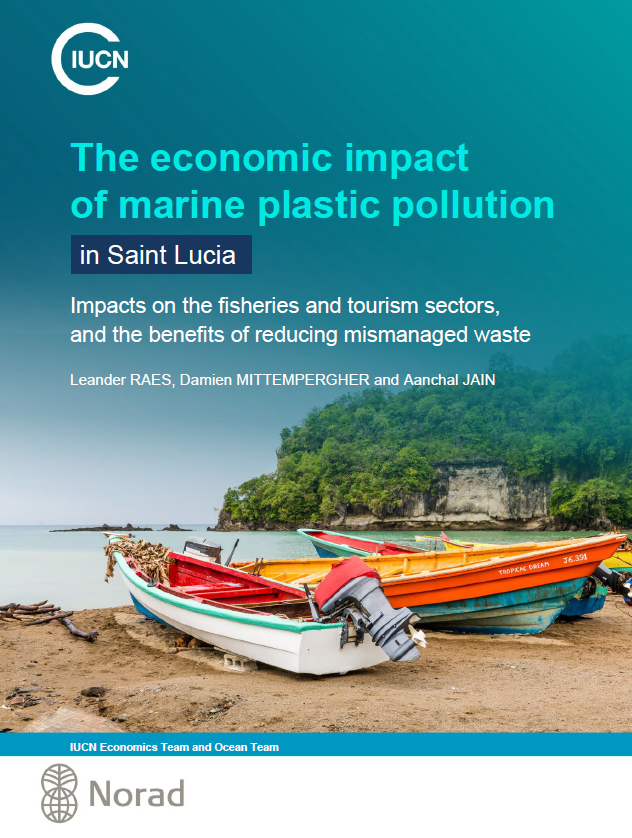 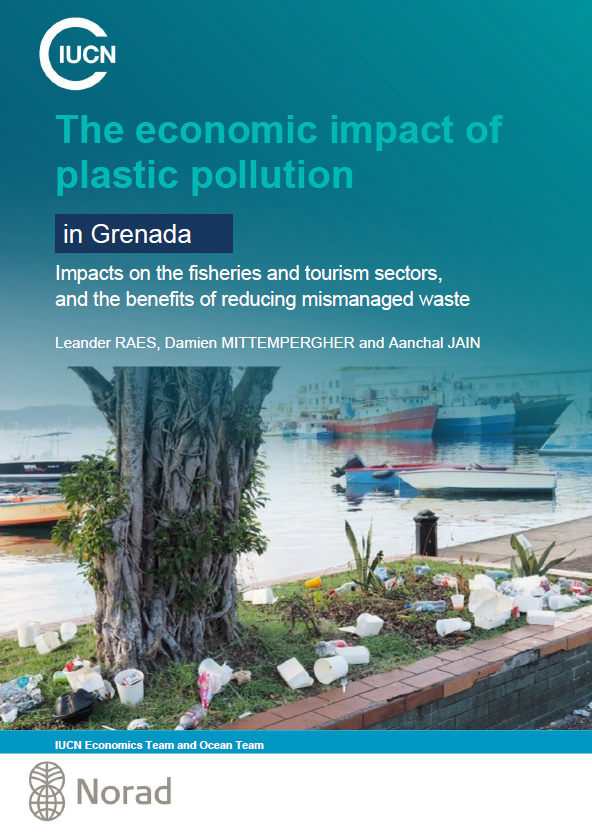 Grey literature| 2022
The economic impact of plastic pollution in Grenada