Synthetic biology and its implications for biodiversity conservation 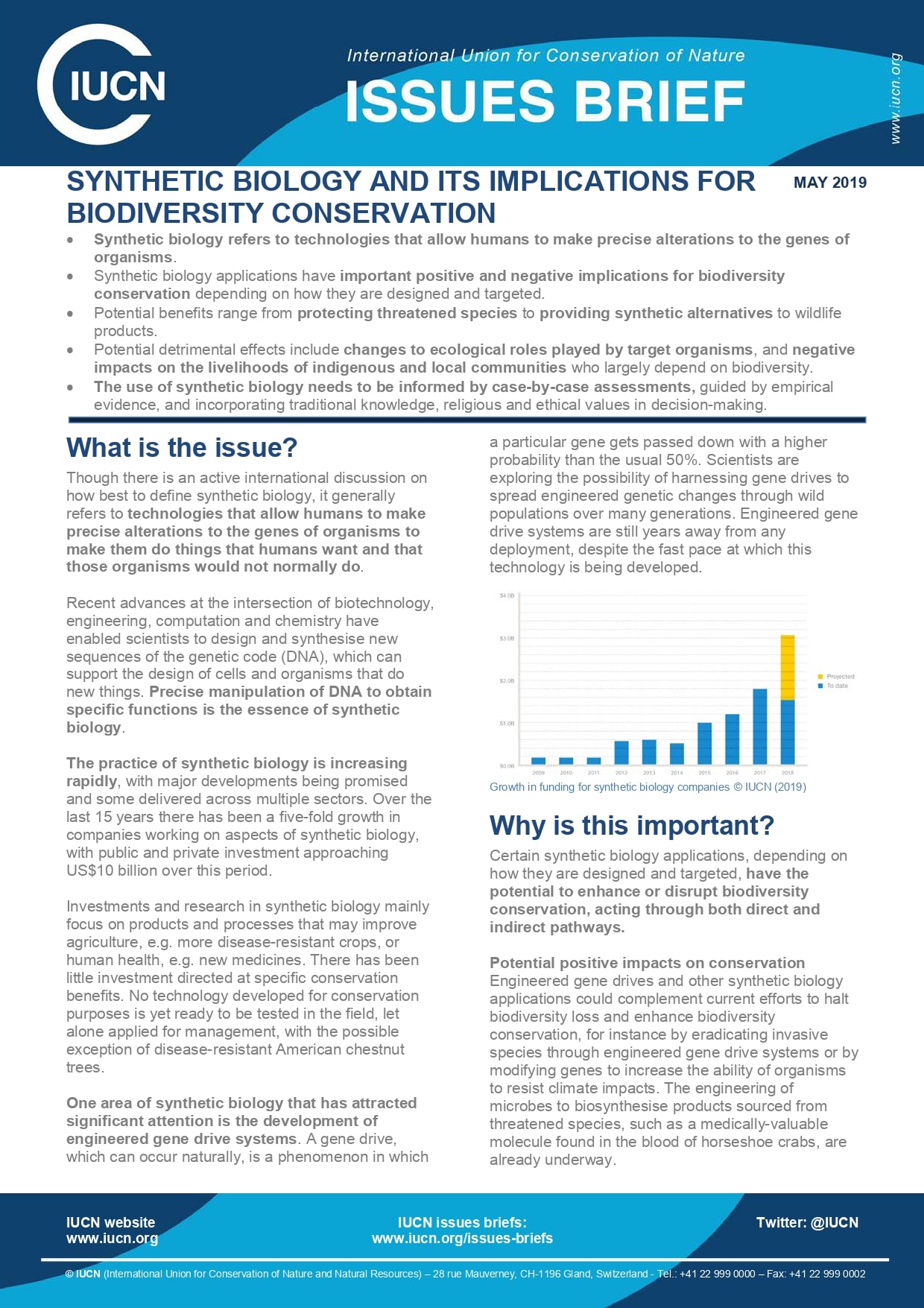 Though there is an active international discussion on how best to define synthetic biology, it generally refers to technologies that allow humans to make precise alterations to the genes of organisms to make them do things that humans want and that those organisms would not normally do.

Recent advances at the intersection of biotechnology, engineering, computation and chemistry have enabled scientists to design and synthesise new sequences of the genetic code (DNA), which can support the design of cells and organisms that do new things. Precise manipulation of DNA to obtain specific functions is the essence of synthetic biology.

The practice of synthetic biology is increasing rapidly, with major developments being promised and some delivered across multiple sectors. Over the last 15 years there has been a five-fold growth in companies working on aspects of synthetic biology, with public and private investment approaching US$10 billion over this period.

Investments and research in synthetic biology mainly focus on products and processes that may improve agriculture, e.g. more disease-resistant crops, or human health, e.g. new medicines. There has been little investment directed at specific conservation benefits. No technology developed for conservation purposes is yet ready to be tested in the field, let alone applied for management, with the possible exception of disease-resistant American chestnut trees.

One area of synthetic biology that has attracted significant attention is the development of engineered gene drive systems. A gene drive, which can occur naturally, is a phenomenon in which a particular gene gets passed down with a higher probability than the usual 50%. Scientists are exploring the possibility of harnessing gene drives to spread engineered genetic changes through wild populations over many generations. Engineered gene drive systems are still years away from any deployment, despite the fast pace at which this technology is being developed. 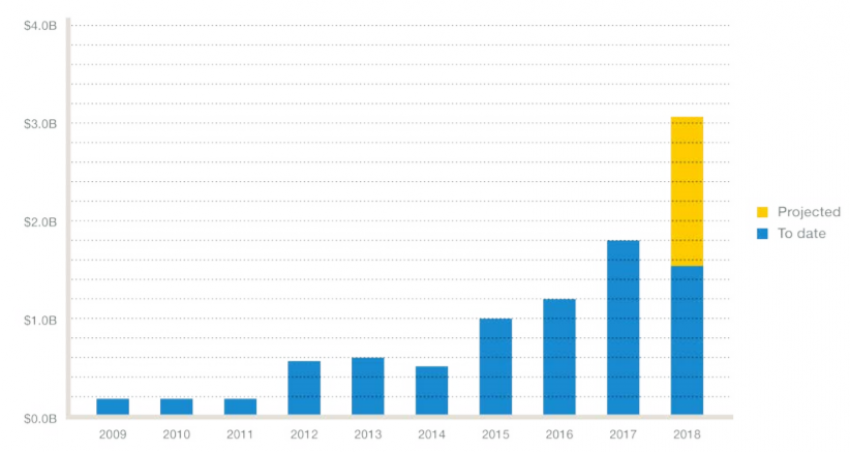 Certain synthetic biology applications, depending on how they are designed and targeted, have the potential to enhance or disrupt biodiversity conservation, acting through both direct and indirect pathways.

Potential positive impacts on conservation
Engineered gene drives and other synthetic biology applications could complement current efforts to halt biodiversity loss and enhance biodiversity conservation, for instance by eradicating invasive species through engineered gene drive systems or by modifying genes to increase the ability of organisms to resist climate impacts. The engineering of microbes to biosynthesise products sourced from threatened species, such as a medically-valuable molecule found in the blood of horseshoe crabs, are already underway.

Potential adverse impacts on conservation
There are concerns that synthetic biology is fraught with uncertainty, and could have detrimental effects. These may stem from the movement of organisms carrying engineered gene drives impacting non-target populations or species, or from changes to ecological roles played by target organisms and broader ecosystem effects.

The introduction of biosynthesised wildlife products may have negative socio-economic effects on livelihoods and on production and consumption patterns. For instance, a legal market for synthetically manufactured products could render attempts to curb illegal trade in wild-sourced products difficult or impossible, especially when the illegal trade is currently run by corrupt syndicates. Synthetic biology applications may affect the cultures, rights and livelihoods of local and indigenous communities, which manage, govern, reside in or depend on a large part of the world’s biodiversity.

New technologies may divert funding from other conservation approaches, whereby the urgency and importance of biodiversity conservation rooted in addressing fundamental socio-political problems is ignored in favour of synthetic biology applications.

Unintended impacts from other sectors
Applications that are not designed with a specific conservation goal could have an indirect impact on biodiversity. For example, agriculture is one of the major sectors for investment, research and development of synthetic biology. Potential impacts from agriculture include the creation of new invasive species and crops that are better adapted to marginal land, or to previously unusable land. Potential benefits to biodiversity include reducing the application of fertilizer and better forest restoration. 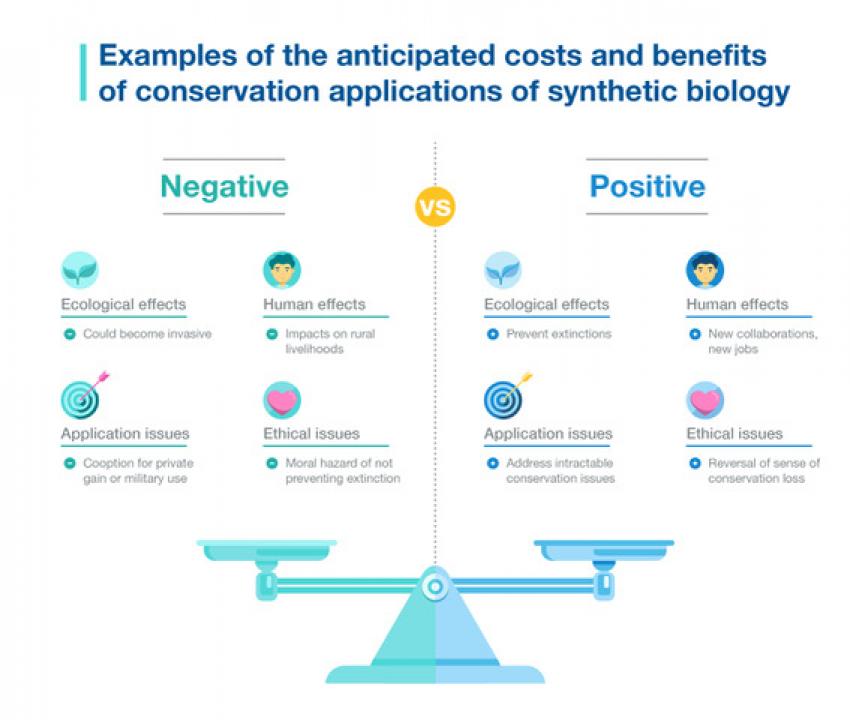 Unfortunately, there is no universal path for minimising the potential detrimental effects and maximising the potential benefits of synthetic biology for biodiversity conservation. The use of synthetic biology needs to be informed by case-by-case assessments incorporating empirical studies examining its efficacy, potential benefits and risks. Traditional knowledge, religious and ethical values also need to be considered in decision-making.

Deeper collaboration between conservationists and synthetic biologists will be necessary to both develop evidence and to create the frameworks for understanding and using that evidence. There is an opportunity for conservationists to shape how these fields interact and to set the research agenda. This will require the engagement not just of scientists, but also of the government at all levels, civil society, and indigenous peoples’ organisations.

Multiple existing governance structures are relevant to synthetic biology. However, synthetic biology and engineered gene drives raise questions and challenges for these existing frameworks. For instance, there are challenges related to mechanisms that address environmental harm, particularly transboundary impacts, or benefit-sharing questions where inventions involve genetic elements from multiple organisms both within and beyond national jurisdiction.

In assessing risk, national decision-makers may be required to consider different factors, including socio-economic concerns as well as impacts on indigenous and local communities. Informed consent or approval and involvement of potentially affected indigenous peoples and local communities should be a prerequisite to introducing engineered gene drives into the environment. Legislation may provide for monitoring of regulated activities, with regulation revised frequently to keep up to date with technological changes. 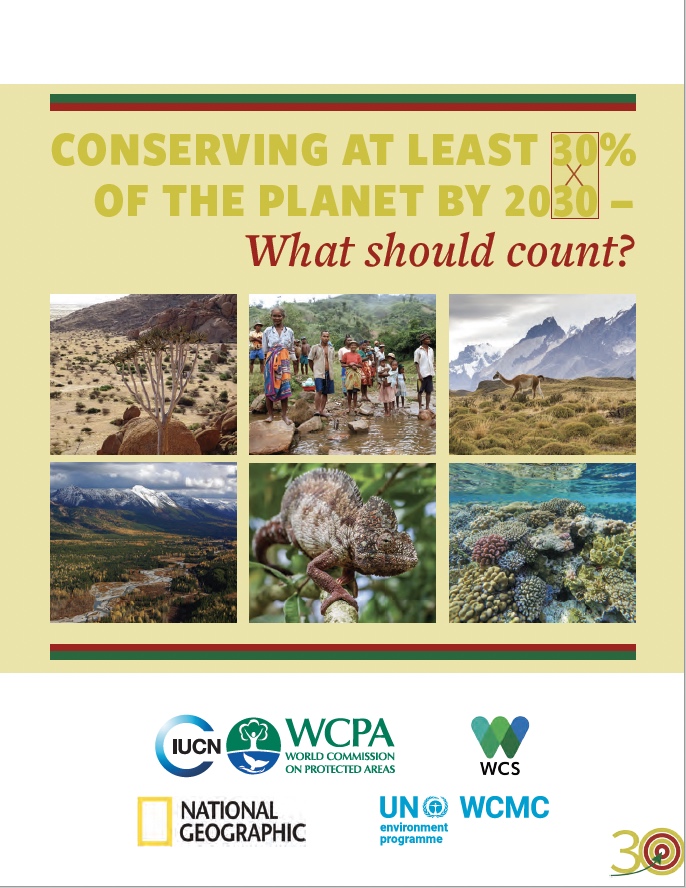 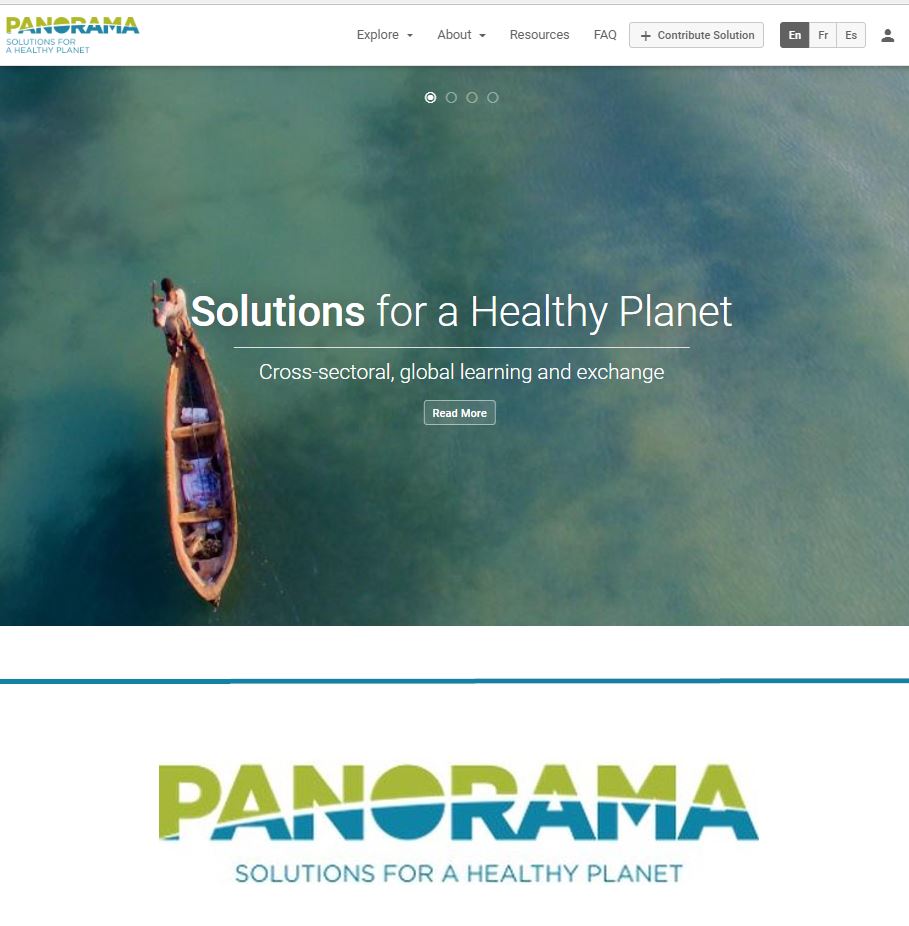 Conservation Tool| since 2014
PANORAMA – Solutions for a Healthy Planet 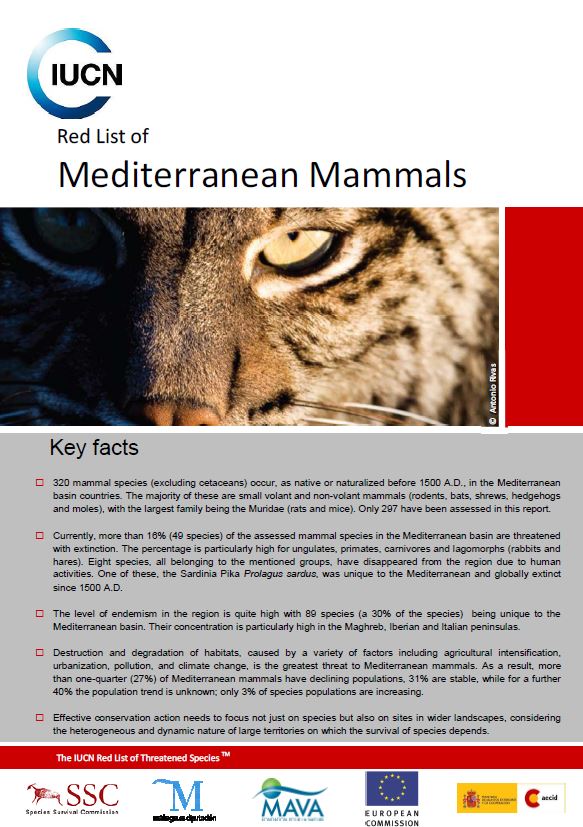