Forest landscape restoration is about restoring the ecological and productive functions of degraded ecosystems in tree-rich landscapes, increasing the resilience of the landscapes and the people who live in them. The AREECA project focuses on the development of participatory FLR interventions and implementation in selected community areas. 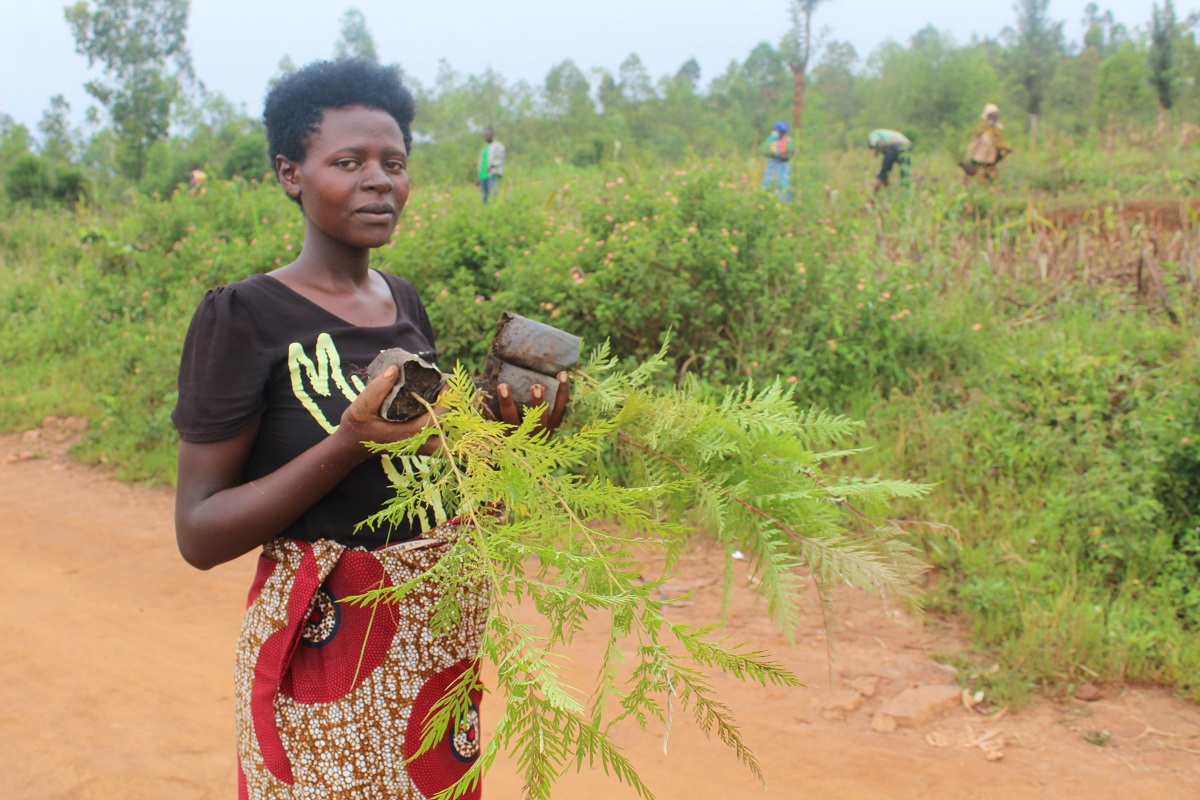 Protecting and restoring nature is essential to tackling both the climate change and food security. In 2011, Rwanda became the first country in Africa to pledge to restore degraded lands through Bonn Challenge and later joining the AFR100 initiatives.

The 2019 forest cover report indicates that t Rwanda has exceeded 30% forest cover target by 2020 and achieved 30.4 %. In an effort to sustain and increase Rwanda’s forests cover, the government of Rwanda through Rwanda Forestry Authority (RFA) is working closely with IUCN to catalyse and accelerate restoration beyond the vision 2020 targets.

Such initiatives include programmes such as the Alliance for Restoration of Forest Landscapes and Ecosystems in Africa (ARECA) expected to catalyse, accelerate and upscale restoration of degraded forest landscape ecosystems in four countries including Rwanda, Kenya, Cameroon and Malawi.

Through the AREECA programme, currently a total of 1000 ha of lands was planted agroforestry trees, 23.821km of roadside were planted with different species. Around 3000 fruits trees were distributed and planted by local small farmers.  Over 2022 ha of forest were enriched by different species and 17 ha were planted with new forest both in Nyagatare and Kirehe districts in eastern part of Rwanda. 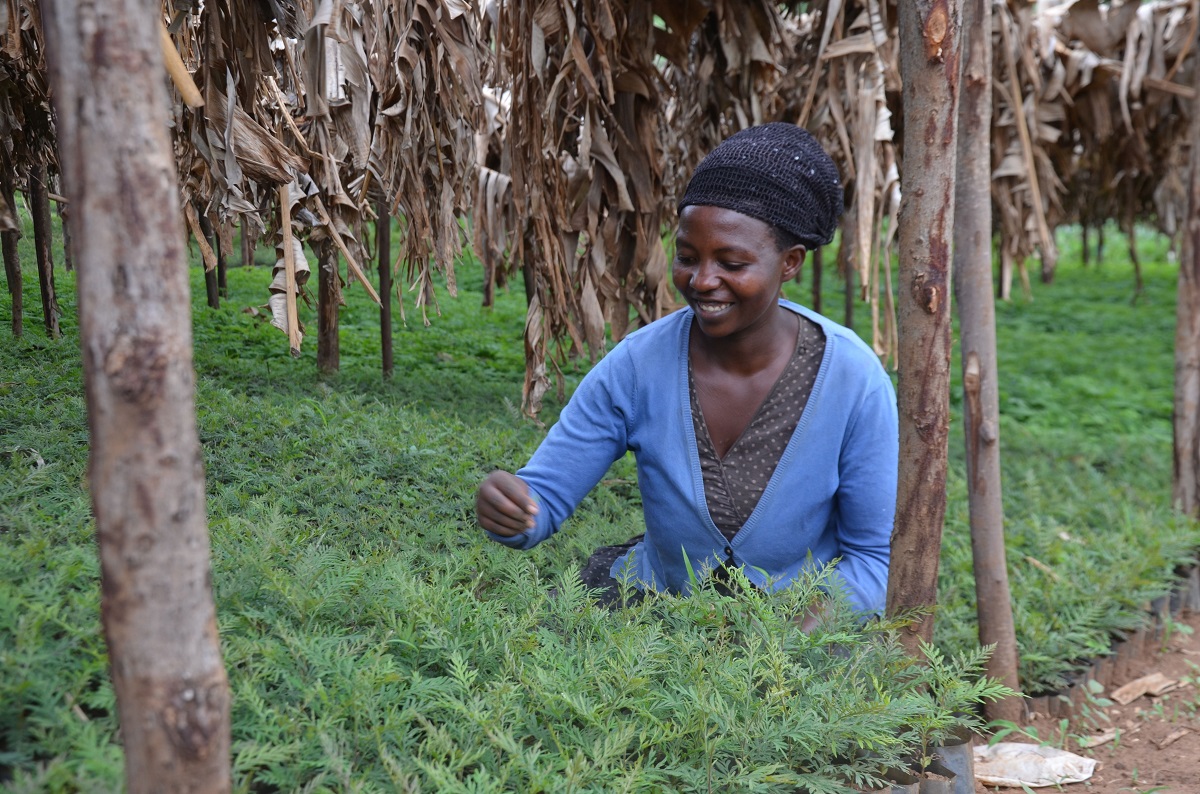 Photo: Women and girls critically contribute to land restoration, especially in rural areas where they are the primary farmers and natural resource users.

In addition, 500 improved cooking stoves were distributed among the targeted households. Distribution of the cooking stoves is one of the many planned activities by the AREECA project through the coordination of Rwanda Forestry Authority and its partners.

Speaking during the International Day of Forests the acting Director General of Rwanda Forestry Authority, Spridio Nshimiyimana, stated that the distribution of the improved cooking stoves will help citizens understand their role in in protecting forests and in sustainable use of forest goods and services. “We are now experiencing effects of climate change because people did not pay much attention to the forests.

To avoid and reduce these impacts, everyone must understand his or her role in protecting forests, which, as we all know, are vital to our daily lives. Today, we distributed these stoves to emphasize the importance of using other alternatives in cooking to save forests.," said Mr. Spridio Nshimiyimana

Speaking during the event organised to distribute improved cooking stoves, Kirehe District Vice Mayor in charge of Economic Development, Mr. NZIRABATINYA Modeste thanked IUCN and other implementing partners   for considering Kirehe as the target district for the programme. He went ahead to urge the beneficiaries to take care of the stoves as well as the planted trees.

“We are very happy to have this programme in our district. It contributes to the efforts of combatting desertification and climate change, improving agricultural productivity and consequently livelihoods. The stoves will not only reduce tree loss but also inspire us on sustainable cooking energy and reduction of pressure on our forests”, said Mr Modeste

“Through tree-based restoration and improved land use management, the project is reducing Green Gas emissions.  Improved ecosystems are expected to build resilience for adaptation to climate change. The project has already started creating green jobs for households in Kirehe and Nyagatare. This translates to a livelihood transformation, a core principle of FLR”, Said Charles KARANGWA, IUCN Head of Land Systems in the Eastern and Southern Africa region.

As part of the awareness, local communities joined authorities in Umuganda to plant to plant agroforestry tree seedlings in Kirehe district.

Through RWARRI, a local NGO working under AREECA to undertake local community mobilisation, capacity building and raising awareness on the trees planting. In response to these efforts, communities are conducting Umuganda events to plant, protect and manage weed in agroforestry. Jeannette MUSENGIMANA, one of the beneficiaries of AREECA project, thanked Government of Rwanda for the new cooking alternative, promising to keep all stoves safe for long-term use.

The 4 years’ project is funded by the International Climate Initiative of the German Federal Ministry for the Environment, Nature Conservation and Nuclear Safety (BMU).

A total of 25000 Ha is being brought under restoration through the direct implementation of restoration measures in Nyagatare and Kirehe districts. This is being implemented in partnership with Rwanda Forestry Authority, IUCN, RWARRI, districts and local communities through community-based participatory approach. 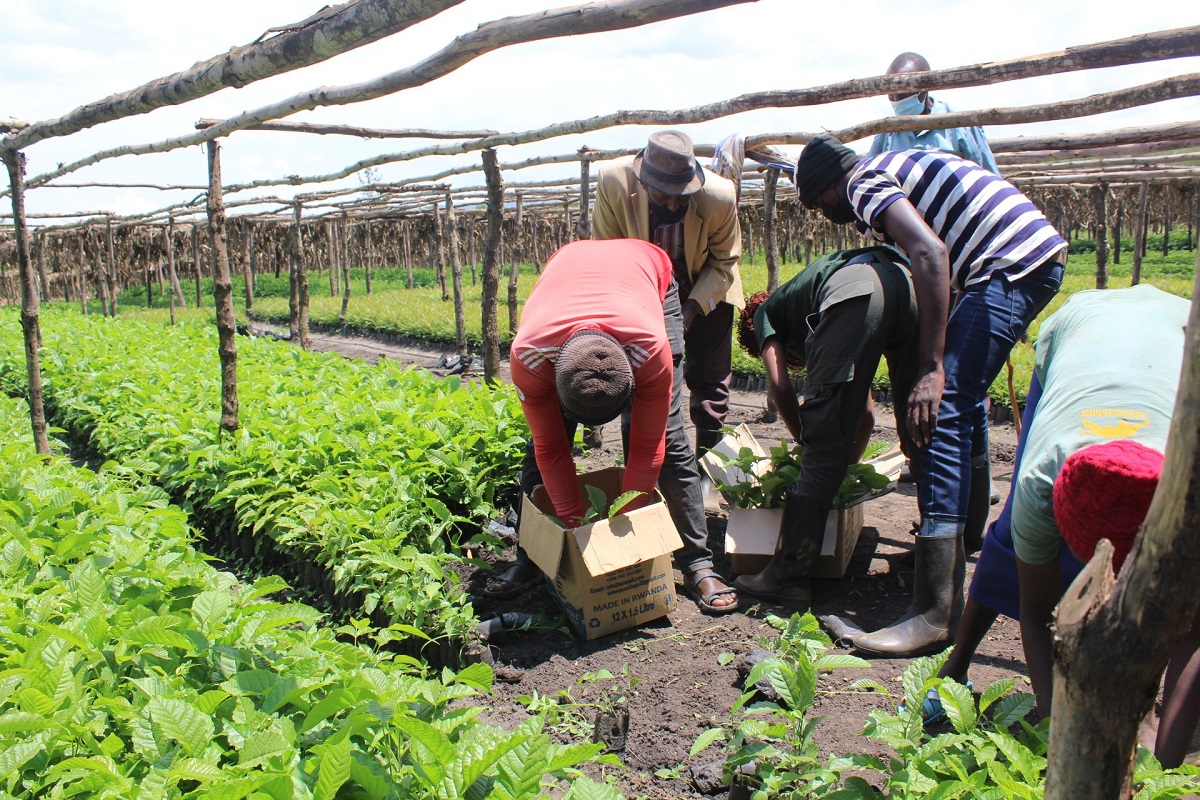 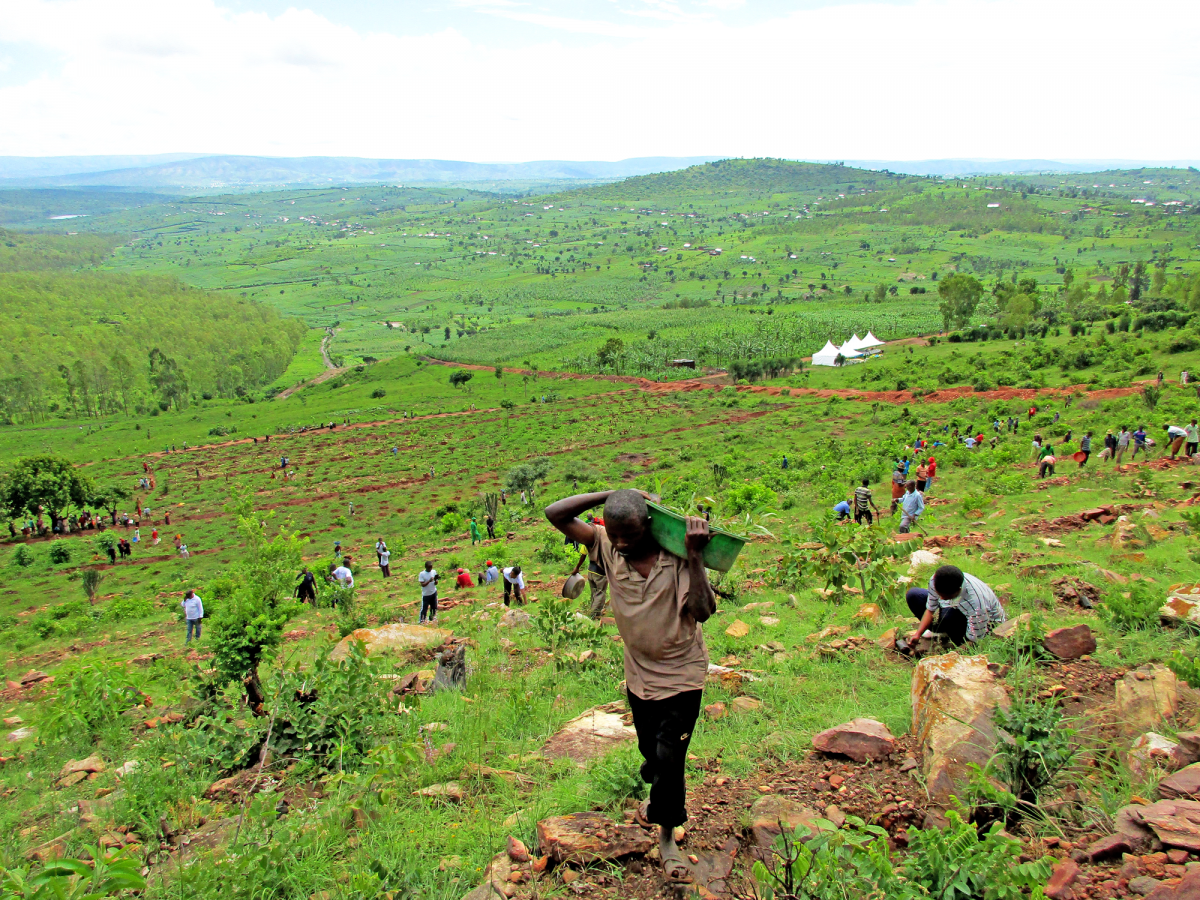 Rwanda is the Land of a Thousand Hills, but are these hills still healthy and productive? This is…