IUCN, with support from USAID, is implementing a conservation project in sites of high coastal biodiversity in Honduras, Guatemala and El Salvador, with a focus on social inclusion, to strengthen community governance of natural resources in contexts free of gender-based violence. 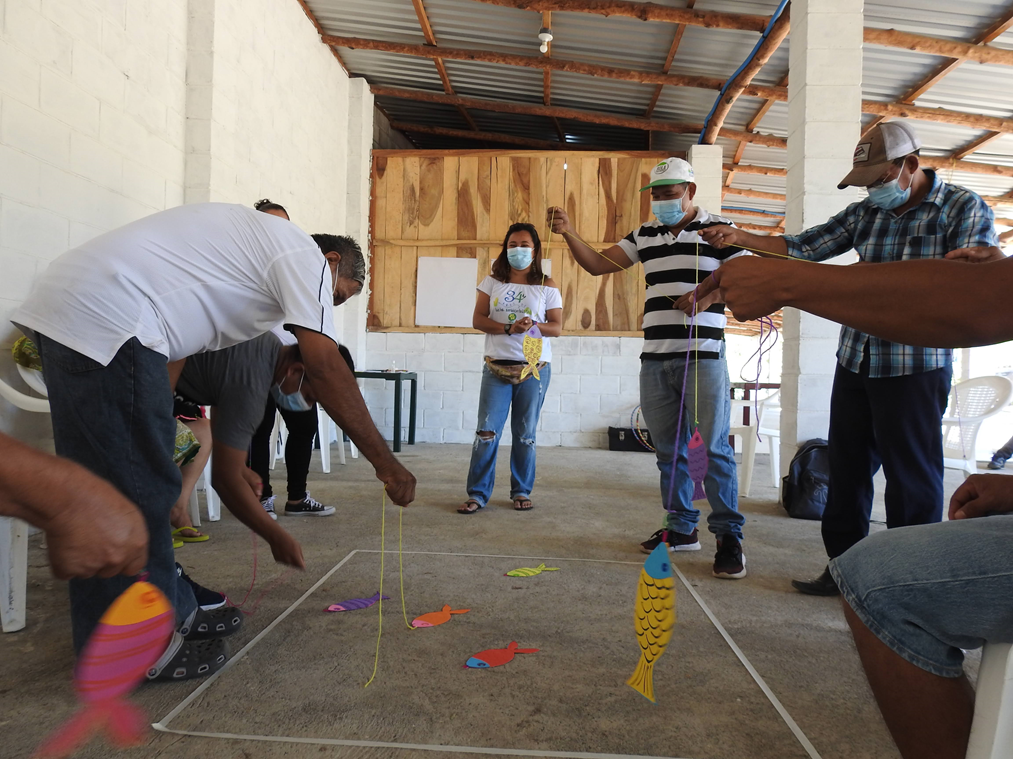 "Incorporating a gender approach in environmental projects is key to contribute to the elimination of violence against women," says Jackie Siles, gender specialist of IUCN’s Human Rights in Conservation Team.

Siles has been supporting the integration of gender within the Regional Coastal Biodiversity Project, a USAID-funded project for which IUCN leads a consortium on implementation that targets sites of high coastal biodiversity in El Salvador, Honduras and Guatemala since 2018.

According to IUCN research, gender-based violence is used as a form of socioeconomic control and increases in the context of environmental pressures. Siles confirms, noting that the gender analysis of the Regional Coastal Biodiversity Project uncovered complementary findings wherein, “this type of violence is anchored in the existence of unequal gender power dynamics in the ownership, access, use and distribution of the benefits derived from natural resources and affects the participation of women in conservation actions”.

Present throughout the value chain, women assume roles in catching, processing, marketing, distribution and leadership. However, gender inequalities persist that prevent their full participation in economic opportunities and decision making; restricting the potential of the sector’s sustainability as well as food and economic security goals. 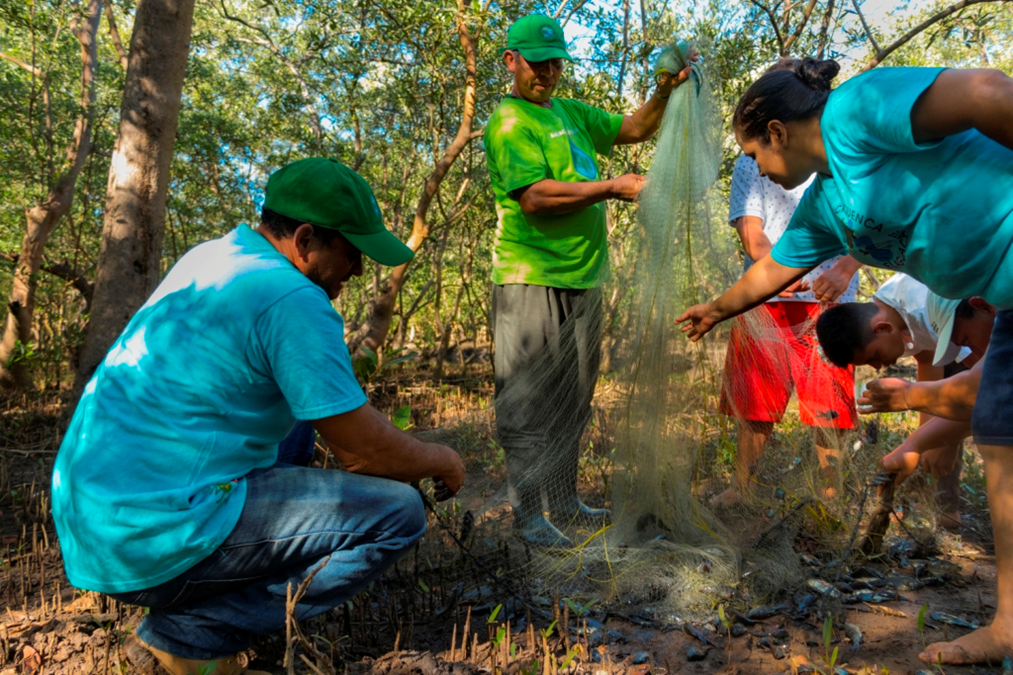 Through AGENT support on Advancing Gender in the Environment, a IUCN and USAID partnership, a participatory gender analysis was conducted  – involving 178 people (140 women and 38 men). Findings showed that women have less access to fishing licenses, financing, training, technology, technical assistance and participation in decision-making than men. In addition to making women’s roles visible in the harvesting, processing and marketing of fish – as well as owners or co-owners of fishing vessels – the analysis also identified the presence of gender-based violence in some of the activities of the value chain. Women in local communities can face intimate partner violence within the household, as well as sexual harassment and abuse in processing plants or while fixing nets. 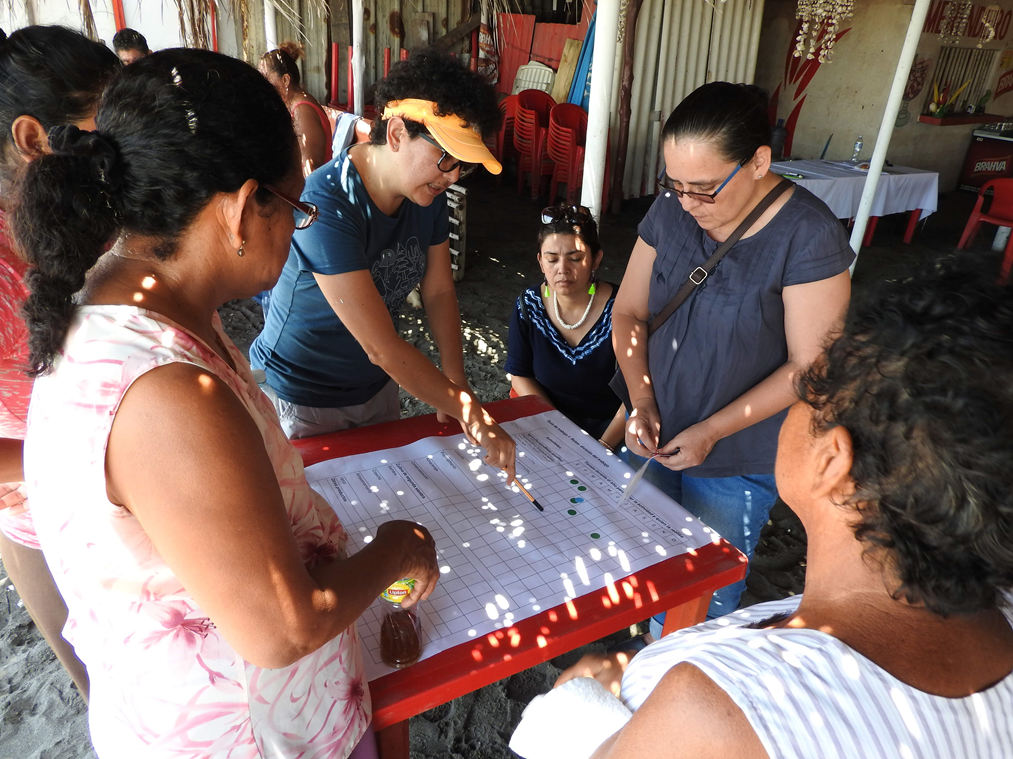 "Based on the gender analyses, we built a comprehensive and transformative gender strategy, to incorporate gender in implementation and also in our monitoring, evaluation and learning processes," details the Regional Coastal Biodiversity Project coordinator, Zulma de Mendoza.

An action plan was then designed to integrate the needs and interests of women, men, youth and Indigenous Peoples in the project's biotrade, governance and sustainable landscape management actions to reduce gender gaps, improve livelihoods and strengthen the governance of marine-coastal resources. To date, the Regional Coastal Biodiversity Project has supported the economic empowerment of 232 women through the Small Grants Program, including 10 organizations with more than 30% of women in them. In addition, 217 women and 45 men have been trained in the integration of gender in biocommerce enterprises based on the management of fishery and coastal resources. And 442 people (48% women) were trained in environmental legislation, management plans, community organization and gender focus. The Regional Coastal Biodiversity Project has also built the capacities of five organizations to implement gender-sensitive actions and of one men's organization to promote gender equality in the project sites. Twenty-two government technicians in agriculture and fisheries were also trained on the importance of gender and fisheries governance. 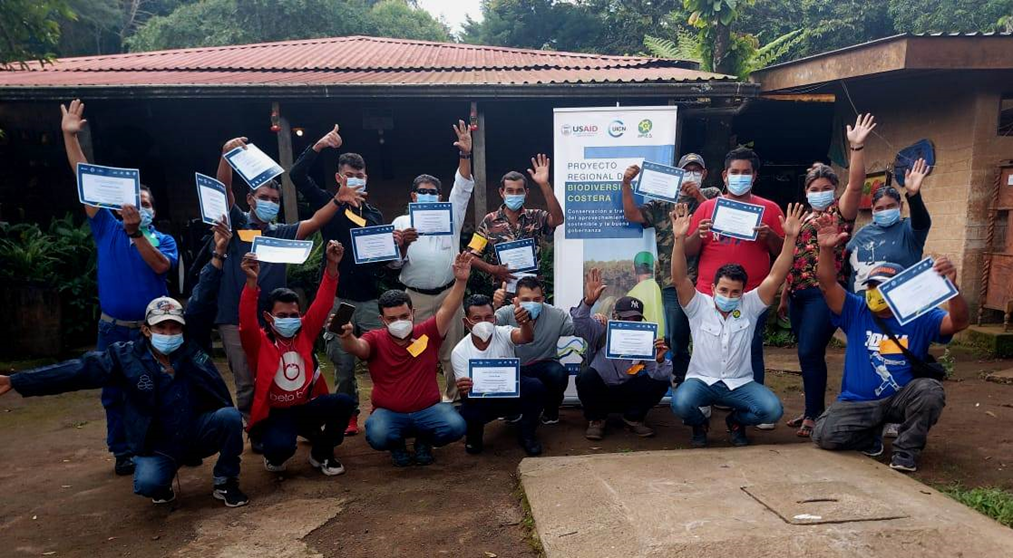 As part of the Regional Coastal Biodiversity Project’s efforts to engage men and boys in the prevention of gender-based violence, a total of 45 men, from the project sites in El Salvador, Guatemala and Honduras, participated in the validation process of the "Facilitator's didactic manual on non-violent masculinities in sustainable fishing contexts in Central America''. This manual is currently being used as a training tool in these sites. In El Salvador, for example, the New Masculinities Training Process graduated 30 men from three local organizations dedicated to the governance of marine-coastal resources.

This activity complements training provided to women's groups to ‘weave the network for the prevention of gender-based violence in marine-coastal zones,’ which was provided in the three project implementation sites, as well.

In their own words

The work of the Regional Coastal Biodiversity Project to foster and encourage positive masculinities is not only helping address barriers, including violence, that women face in biocommerce activities but is also transforming the ways in which male participants view themselves and their role to support gender equality: 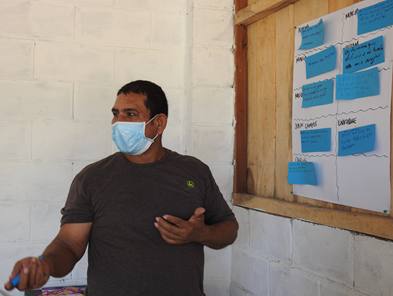 "Today I respect, I know what a woman is worth and what a man is worth, that we are all worth the same… I now value my wife's work and we live an excellent, peaceful life. This has greatly improved my family life".

Juan Antonio Guardado Menjívar, participant in the process of new masculinities, promoted by Biodiversidad Costera. Learn about his success story. 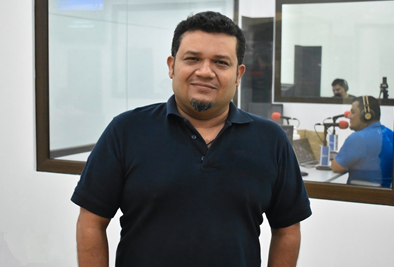 "It is hoped that men can identify that there is a problem that concerns them and that they are part of the problem, but that they are also part of the possible solutions to reduce the gender injustice in which we currently live". 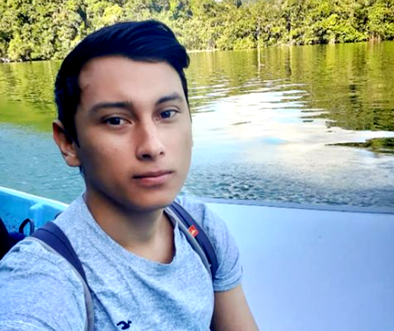 "The first day of the course I started to stand up. That day I felt I was taken into consideration and that I was important. I learned that we are all worthy. It's always good to reflect on how we grow as people and how we can improve thanks to these kinds of projects”.

César Rodas, a young man certified as a Community Tourist Guide under the Regional Coastal Biodiversity Project.   Learn about his Success Story.

Taken altogether, the Regional Coastal Biodiversity Project aims to transform the ways in which gender-responsive biodiversity actions can achieve community-wide contributions to environmental outcomes. By building women’s empowerment in a way that also focuses on creating harmony and support among women and men for gender equality, the future looks brighter – one relationship and one gender champion at a time. 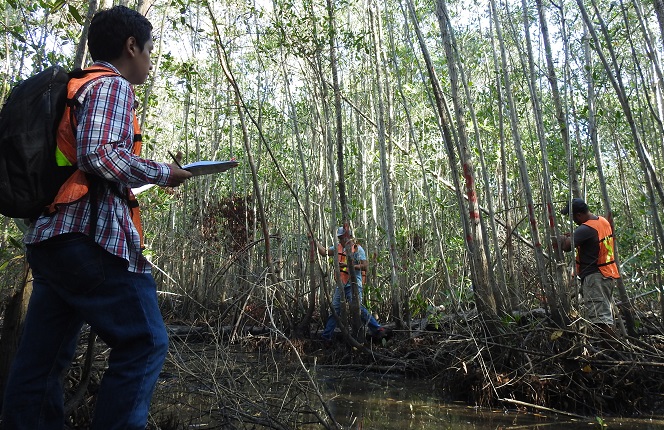 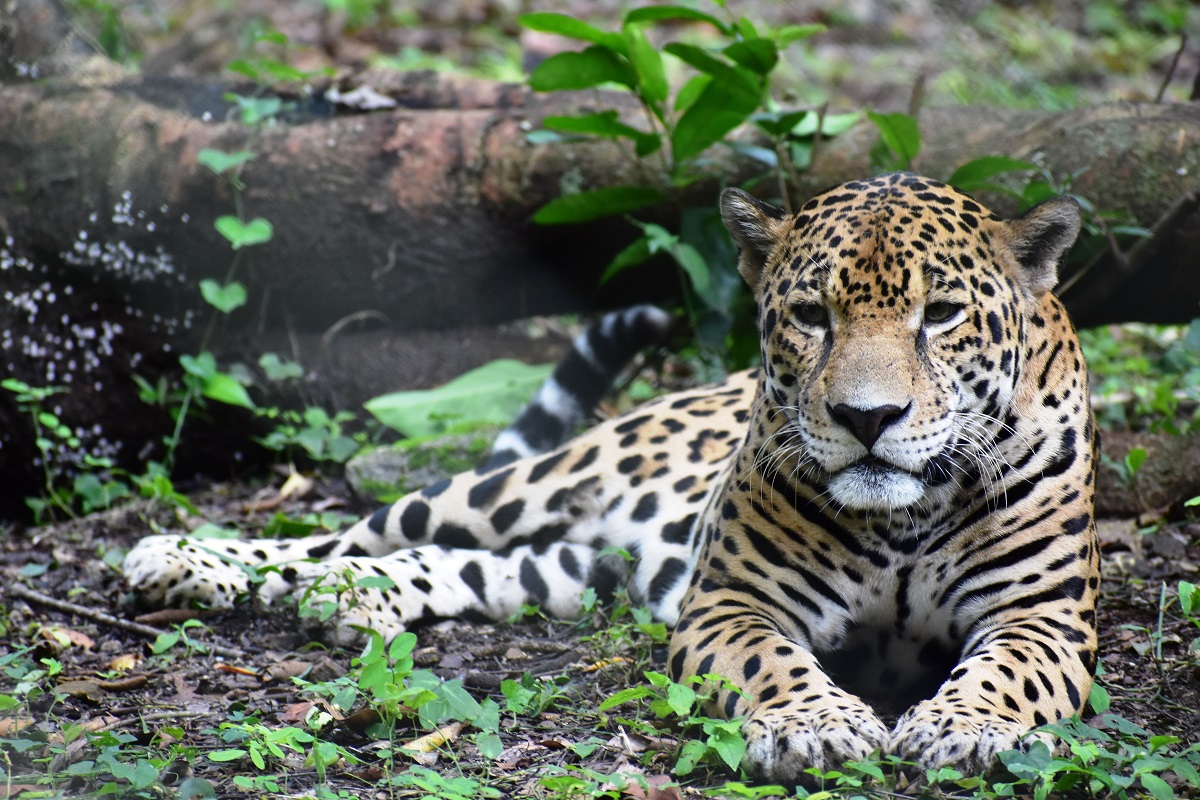 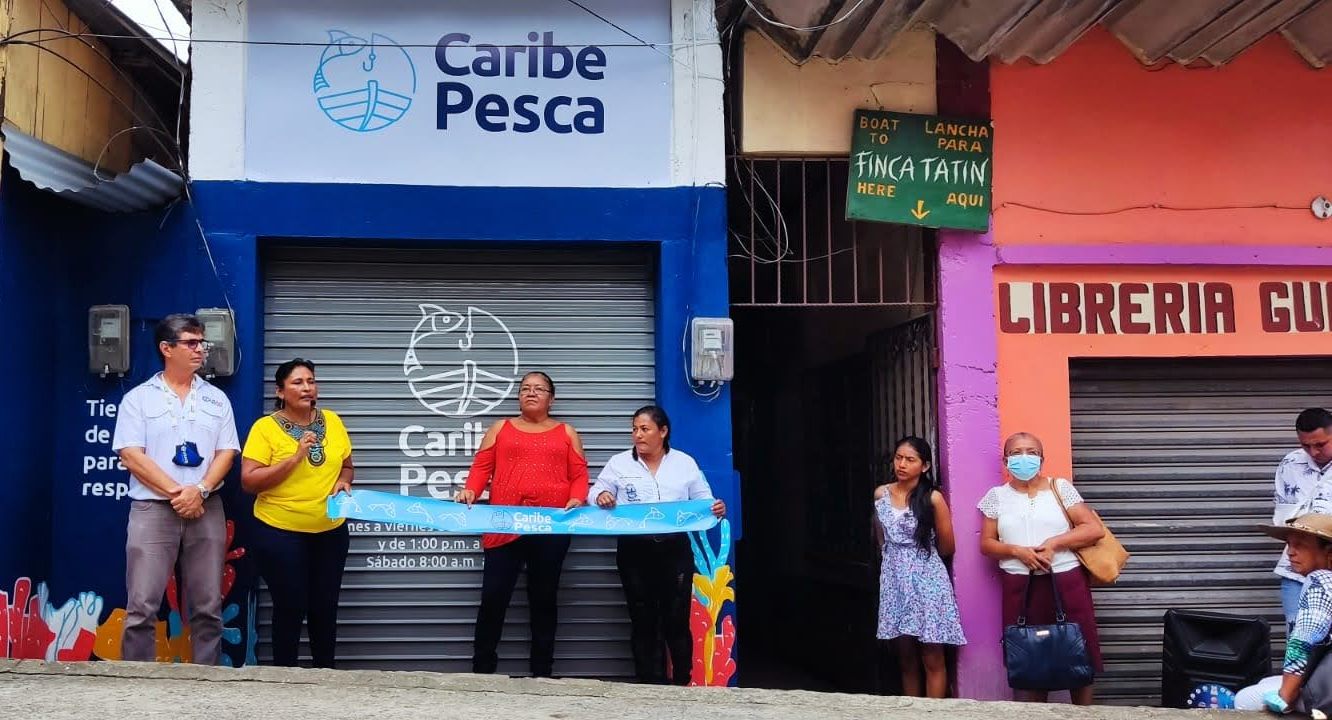