In transboundary mountain ecosystems across Nepal, Bhutan, Peru, Colombia, Kenya, and Uganda, IUCN and partners have worked from 2017 - 2022 to implement ecosystem-based adaptation approaches to increase climate resilience and reduce vulnerabilities of local communities and the ecosystems they depend on. The ‘Scaling-up Mountain Ecosystem-based Adaptation’ project has extracted local to global evidence across six countries in the Himalayas, the Andes, and Mount Elgon; built local capacity to replicate these approaches; and informed local, national, and international adaptation plans and policies. These three implementation stories share the impacts of this work on the ground 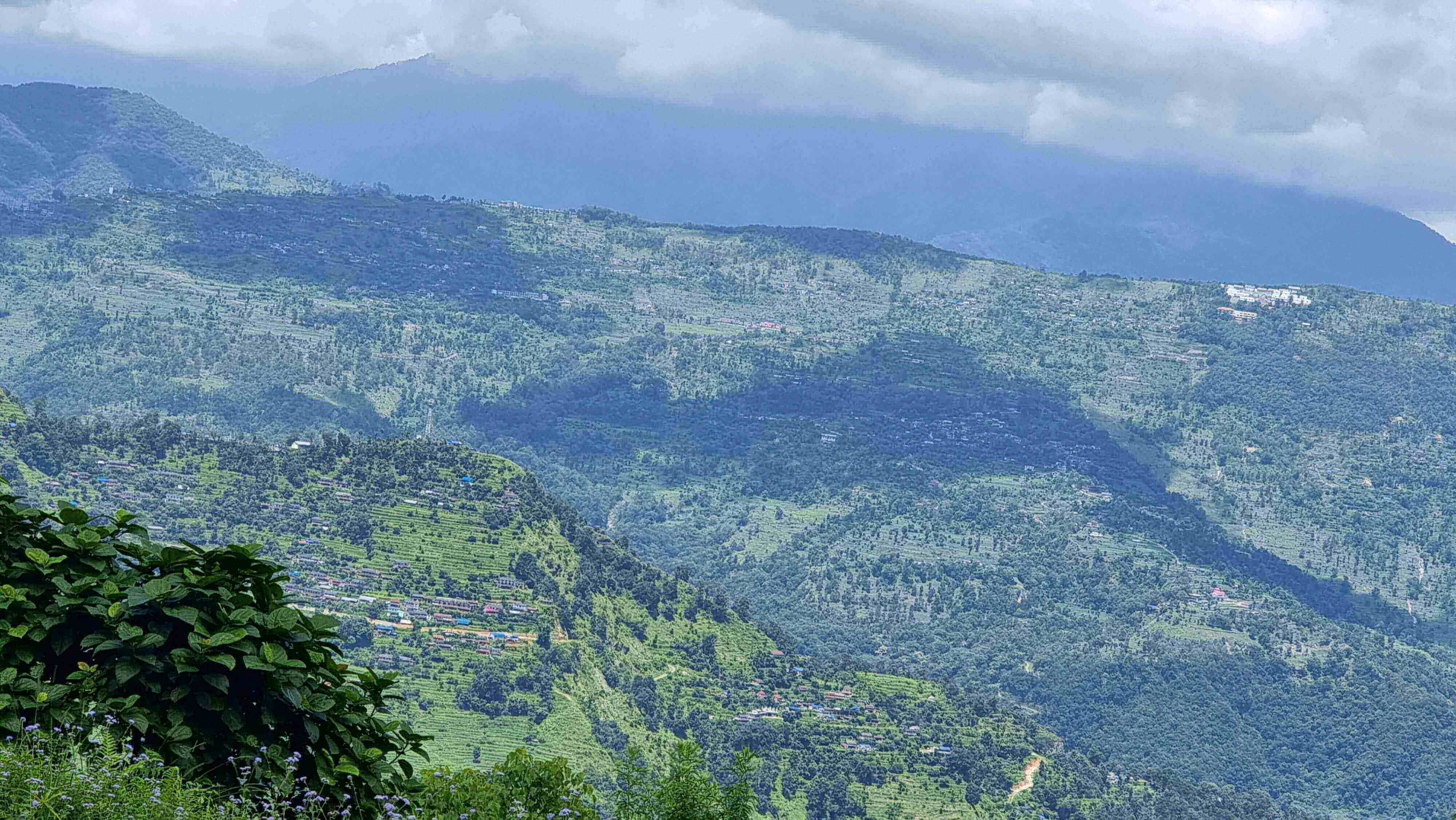 In Nepal, the local government of the Panchase region embraces EbA

Our people didn't know what EbA was. Now, every person in the community knows about ecosystem-based adaptation and how climate change affects us. The project teaches us to adapt climate change and to conserve our water sources. They teach our community forest groups, our local government members, everyone, about EbA and climate change

In the Panchase region of Nepal, there is now 15-20% more rain during the monsoons, with resultant floods, soil erosion and landslides that ultimately affect the lives and livelihoods of rural mountain communities. To reduce the effects of these impacts, the project ‘Scaling-up Mountain Ecosystem-based Adaptation: building evidence, replicating success, and informing policy’ was implemented in the area between 2017 – 2022, consolidating the successes of a flagship programme called ‘Global Ecosystem-based Adaptation (EbA) in Mountain Ecosystems’ implemented in the area between 2012 and 2016.

One of the key achievements of the project in Nepal is that through extensive creation of awareness and capacity building of local government officers, as well as sharing evidence from the on-the-ground EbA actions, EbA has now been accepted and integrated into several local policies/plans and strategies, such as the Panchase Protected Forest Management Plan; the Community Forest Operational Plan; the Local Community Development Plan; and the plan for the Bhumlu Rural Municipality, Kavrepalanchowk District.

The Scaling-up Mountain Ecosystem-based Adaptation Project in Panchase included EbA actions such as the conservation or restoration of community ponds (benefitting 240 households) and water sources (benefitting 111 households); as well as organic farming (benefitting 16 households). Not only do local governments now integrate EbA into their plans, but they also channel federal funds into these community EbA measures. The local government now calls for proposals from communities and directs national funds to support these actions. 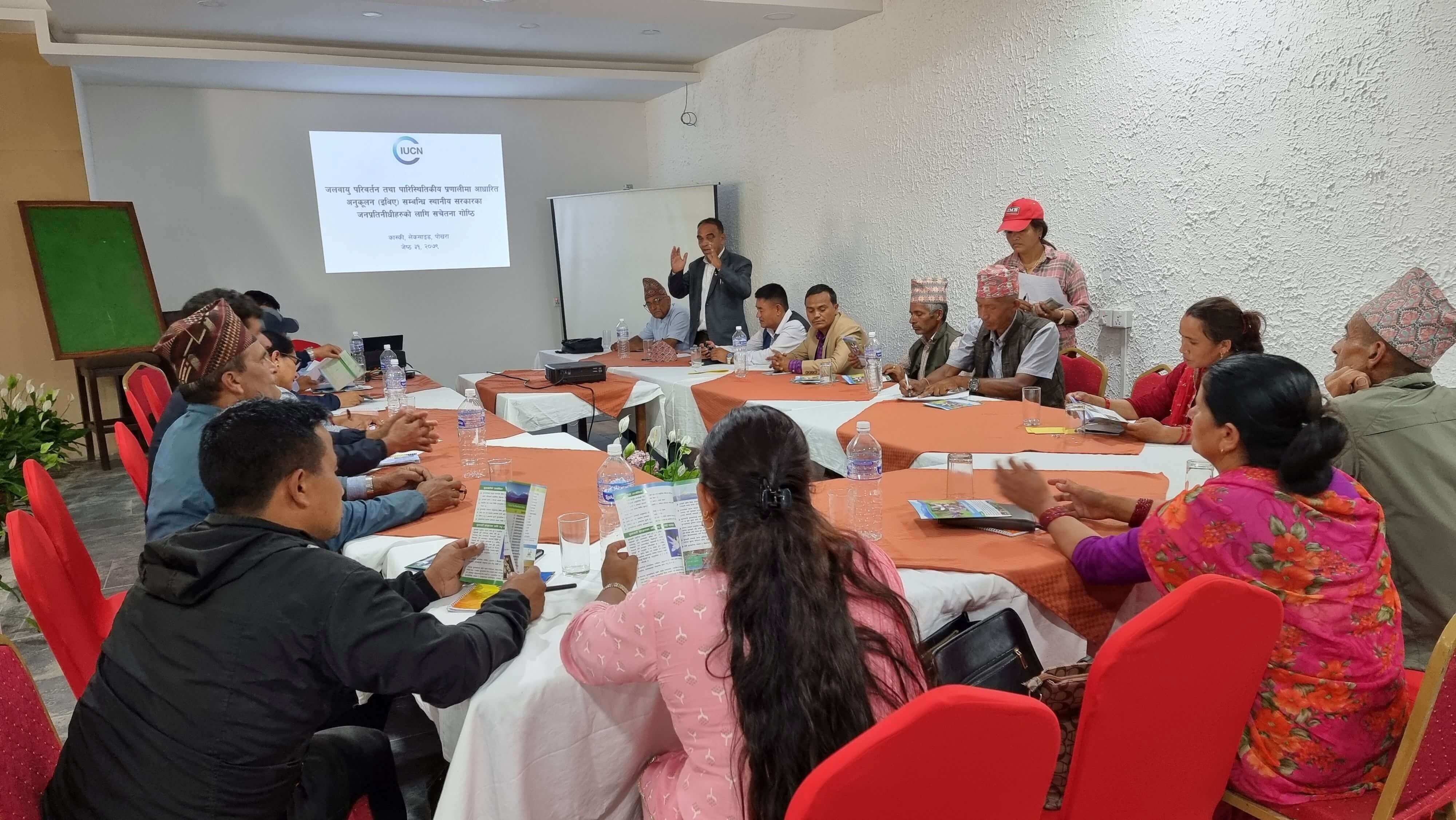 The strategic lesson learned here is ensuring that the local government is made aware of project activities and their benefits lead to EbA integration and sustainability at the local level.

As Mr. Ram Kaji Gurung says “People like this project”. 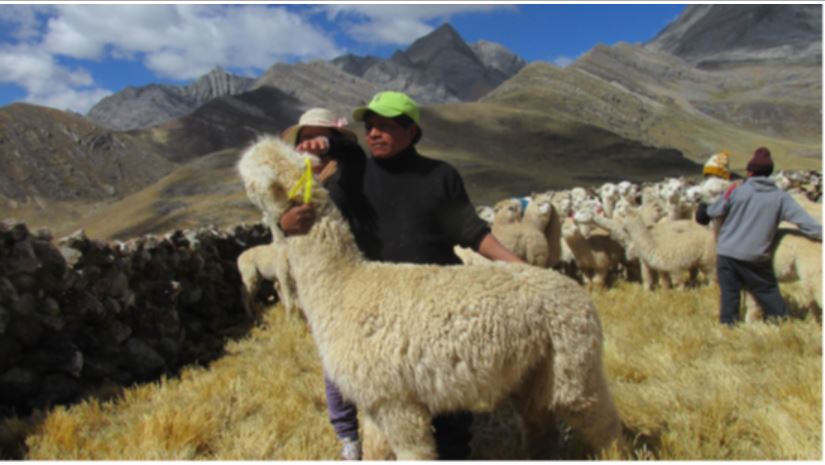 “EbA has significantly improved local livelihoods in Miraflores” says Señora Aurora Guerra, who is a villager from Miraflores, in the Nor Yauyos Cochas Landscape Reserve, Perú. She is a traditional pastoralist, owning herds of livestock and grazing them in communal grasslands.

In this region, climate change is causing changes in rainfall patterns, including the timing and intensity of rain, frosts, and drought. The lack of water during drought is exacerbated by underuse and abandonment of indigenous hydraulic and water management systems. This means that in some areas of communal grasslands, there is a dearth of water for livestock herds. This, in turn, results in livestock farmers not following the agreed pasture rotation system.

In Miraflores, using a combination of traditional knowledge and modern techniques of green-grey infrastructure, the previous phase of the Mountain EbA project (the flagship project) restored an ancient water management system comprising six pre-Inca dams and a channel. Also, five hectares of wetlands around the dams were protected, and a new livestock rotational area of 160 ha of native grasslands was developed with fences and five drinking fountains because of the restored water system. During the next phase – the Scaling-up Mountain EbA project – this green-grey infrastructure was repaired, expanded and improved.

The implementation of the green-grey infrastructure in 165 ha of community lands, in parallel with capacity building and attendant strengthening of local organisations, catalysed a better livestock management system in more than 6,054 ha of Puna grassland in the community. Because of better grassland management and water availability, ecosystem recovery has been initiated in this area.

For Señora Guerra and her family, this has meant a considerable change in her household income. With improved pasture management, she says there is twice the milk yield, meaning the milk fetches double the income. With the provision of genetically improved cattle and improved grasslands, she states that she can sell cattle at five times the previous price.

The lesson learned here is that EbA measures which deliver tangible dividends are the most effective. When the impact of an EbA measure becomes quickly evident and has immediate benefits, EbA actions are successful and sustainable.

In the case of Miraflores, capacity building and strengthening organisations has also led to community ownership of these EbA actions.

Señora Guerra concludes “And today the quality of my life has improved. It has improved compared to what it was before the project”.

Champion farmers in Uganda provide models for the others to learn In the Uganda side of Mount Elgon, soil degradation is a significant environmental problem affecting the Kapchorwa District and is attributed to improper land management and animal husbandry practices. In this district, nearly three-quarters of the households depend on subsistence agriculture for their livelihoods. Climate change-driven flooding is also exacerbated by human activities, and this flooding worsens soil erosion.

The Scaling-up Mountain EbA Project consolidated the practice of agroforestry on farmlands, introduced during the previous phase in the micro-catchment of Kaptokwoi and replicated in the micro-catchment of Chebonet. A total of 20.76 km of contour trenches were cut, involving a total of 2,889 community members in both sites. To reduce soil erosion, contour bands were stabilised with grass and sustainable agriculture practices (such as contour planting, crop rotation and mulching with crop residues) were promoted to reduce nutrient mining, increase organic matter and improve soil structure.

Trees were planted on boundaries, contours grown with leguminous shrubs (for soil enrichment) and fruit trees – such as avocado, passion fruit and mango – were grown on farmlands.

A range of native trees species – such as Acacia, African teak (or mvule as it is known in the region), Elgon teak, Nile tulip and other fast-growing species such as Sudan teak – were chosen by the community and planted to increase tree cover as woodlands adjacent to farmlands, to increase the biodiversity of these farms. Increasing tree cover will contribute to the stabilisation of the loose soils, reduce vulnerability to erosion and provide timber and fuelwood. This action was coupled with capacity building on less destructive methods for harvesting wood.

An innovative approach used during implementation was the selection of ‘champion farmers’ (43 men and 24 women). These are farmers who adopted all community EbA measures implemented by the project. These champion farmers have participated in training programmes and implemented these actions, reaping the benefits of EbA.

Through the project, we were trained on how to trap flood waters as well as how to improve the soil fertility in our farms.  My family now has food security as my crop harvests have more than doubled. I am now able to stock enough food to take us to the next planting season. I have also started to sell excess crops at a better price because the quality is good.

The lesson learned here is that innovations like this – setting up within-community training – will allow for the continuation of the EbA approach beyond the life of the project, as sustainability is assured in three ways. Firstly, the pool of trained champion farmers is seeing the benefits of EbA and will continue to use EbA actions in their daily lives. Secondly, those who did not join the project can now see the dividends being delivered to their neighbours and now want to engage in EbA. Thirdly, waiting to train and support such people to engage in EbA is the pool of champion farmers, like Mr. Jaffer Kamwania, another champion farmer from the same area, who says : “My farm is now a model from which others can learn”.

To help build support for EbA approaches in mountain ecosystems, both on the ground and in national and international policy, the project expanded EbA work started during the “Mountain EbA Flagship Programme” in the Himalayas (Nepal), Mount Elgon (Uganda) and the Andes (Peru) and supported the EbA approach being adopted in neighbouring Bhutan, Kenya and Colombia.

Learn more about the work done in these six countries on the Mountain EbA page.

Looking to implement an EbA project but don’t know where to start? View our Handbook! 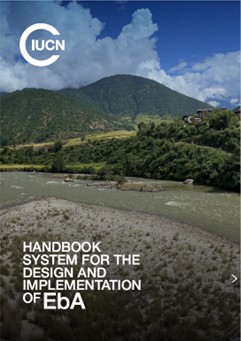 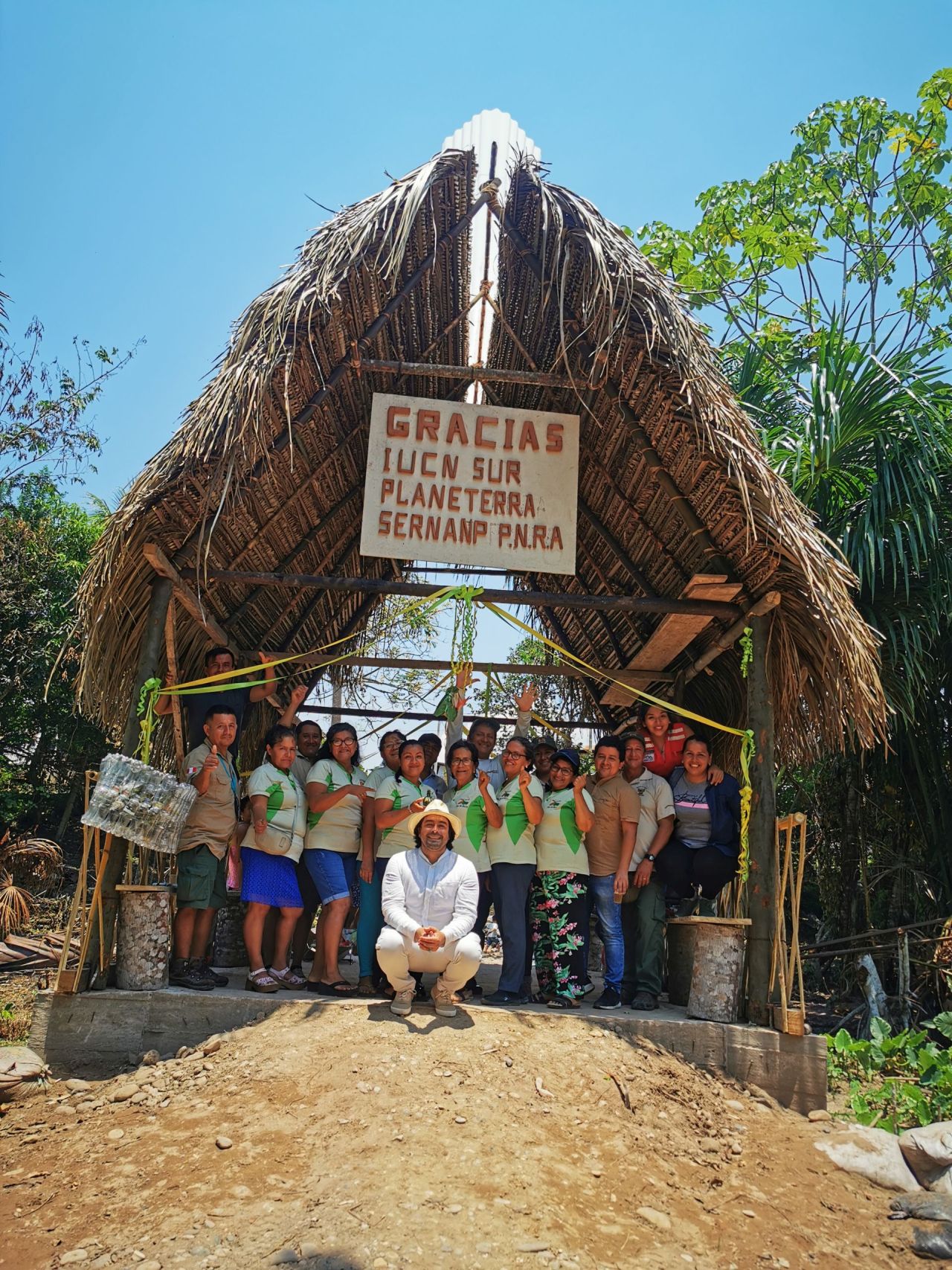 Story | 10 Oct, 2022
“Cash for work” mechanism for the empowerment of community tourism in Peru 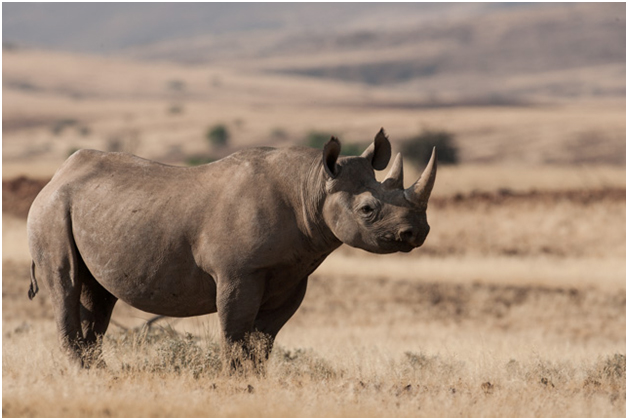 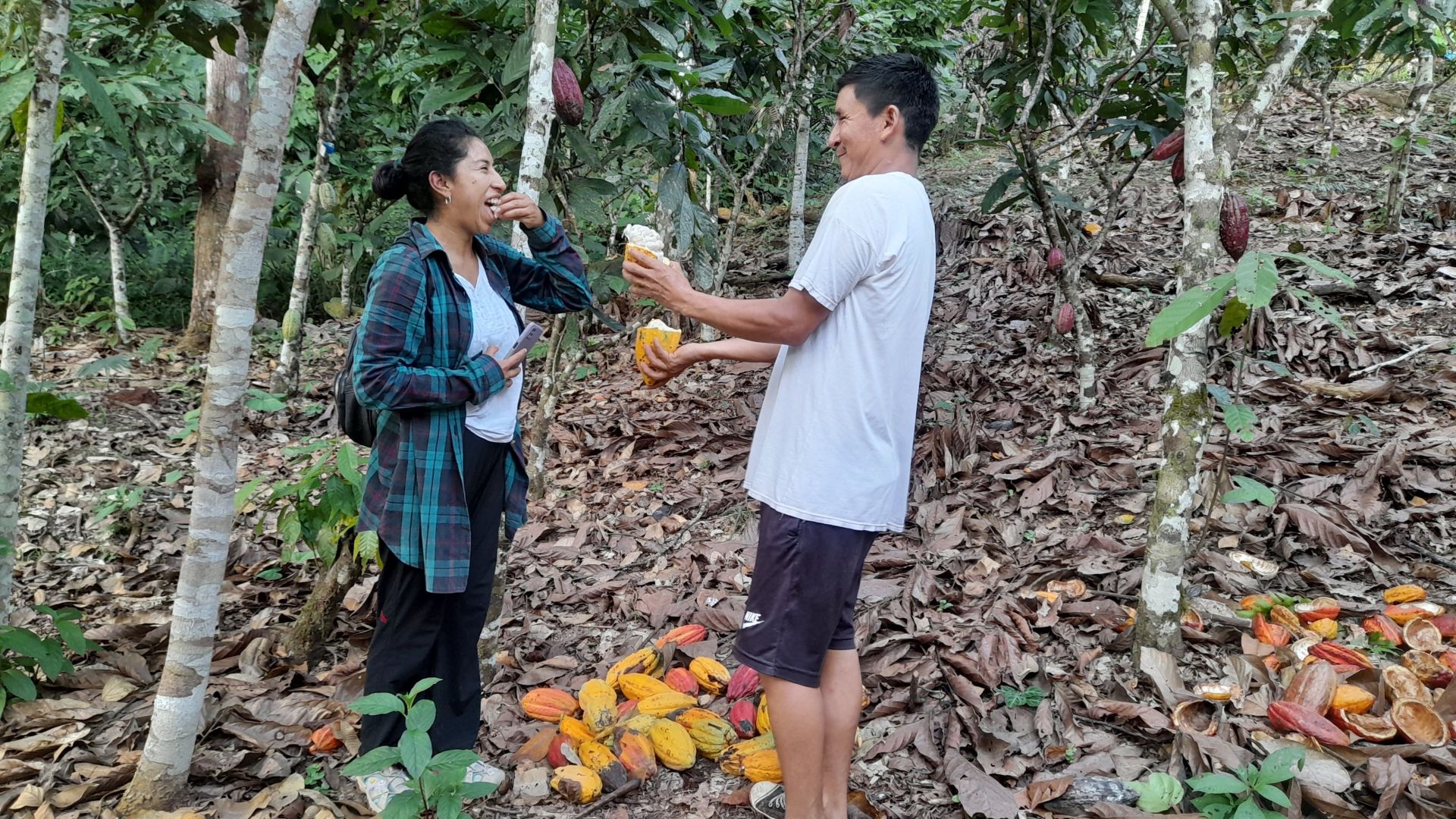 IUCN and their implementing partner Planeterra developed, together with 10 communities of 2…