Successful conservation action has boosted the populations of the Iberian Lynx and the Guadalupe Fur Seal, while the African Golden Cat, the New Zealand Sea Lion and the Lion are facing increasing threats to their survival, according to the latest update of The IUCN Red List of Threatened Species™. Ninety-nine percent of tropical Asian slipper orchids – some of the most highly prized ornamental plants – are threatened with extinction. 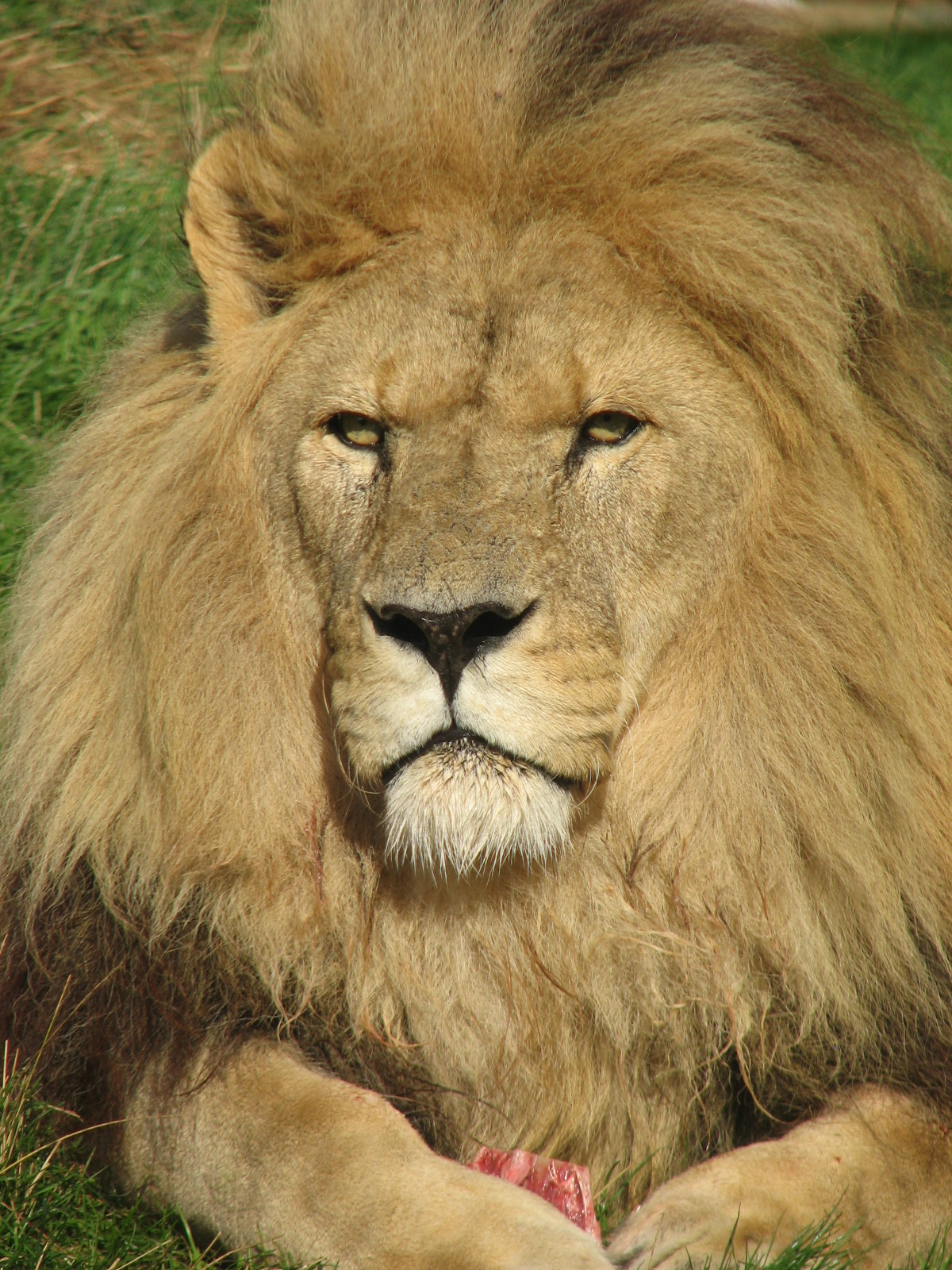 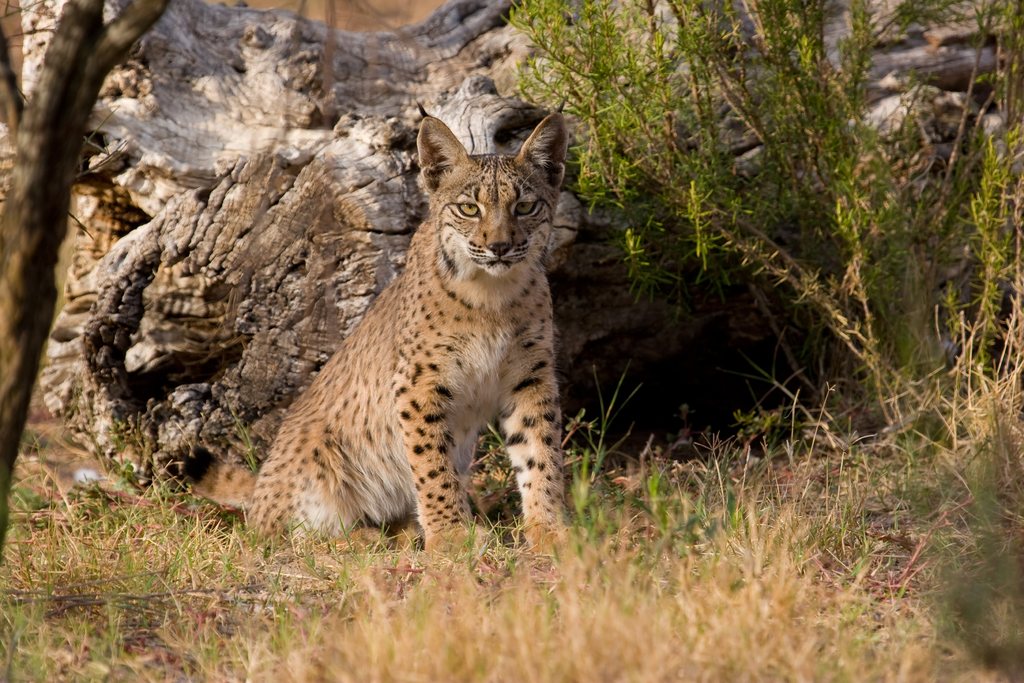 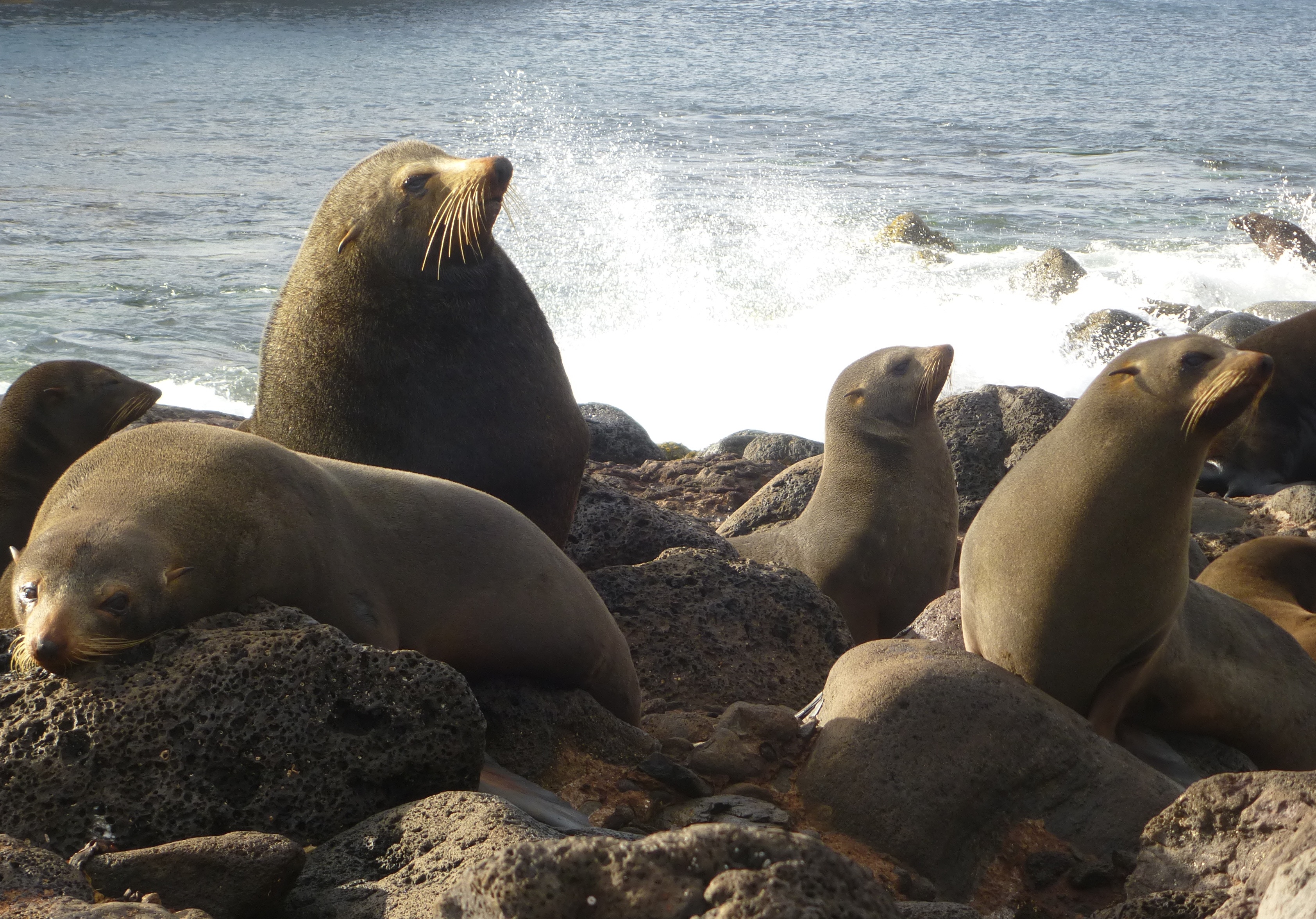 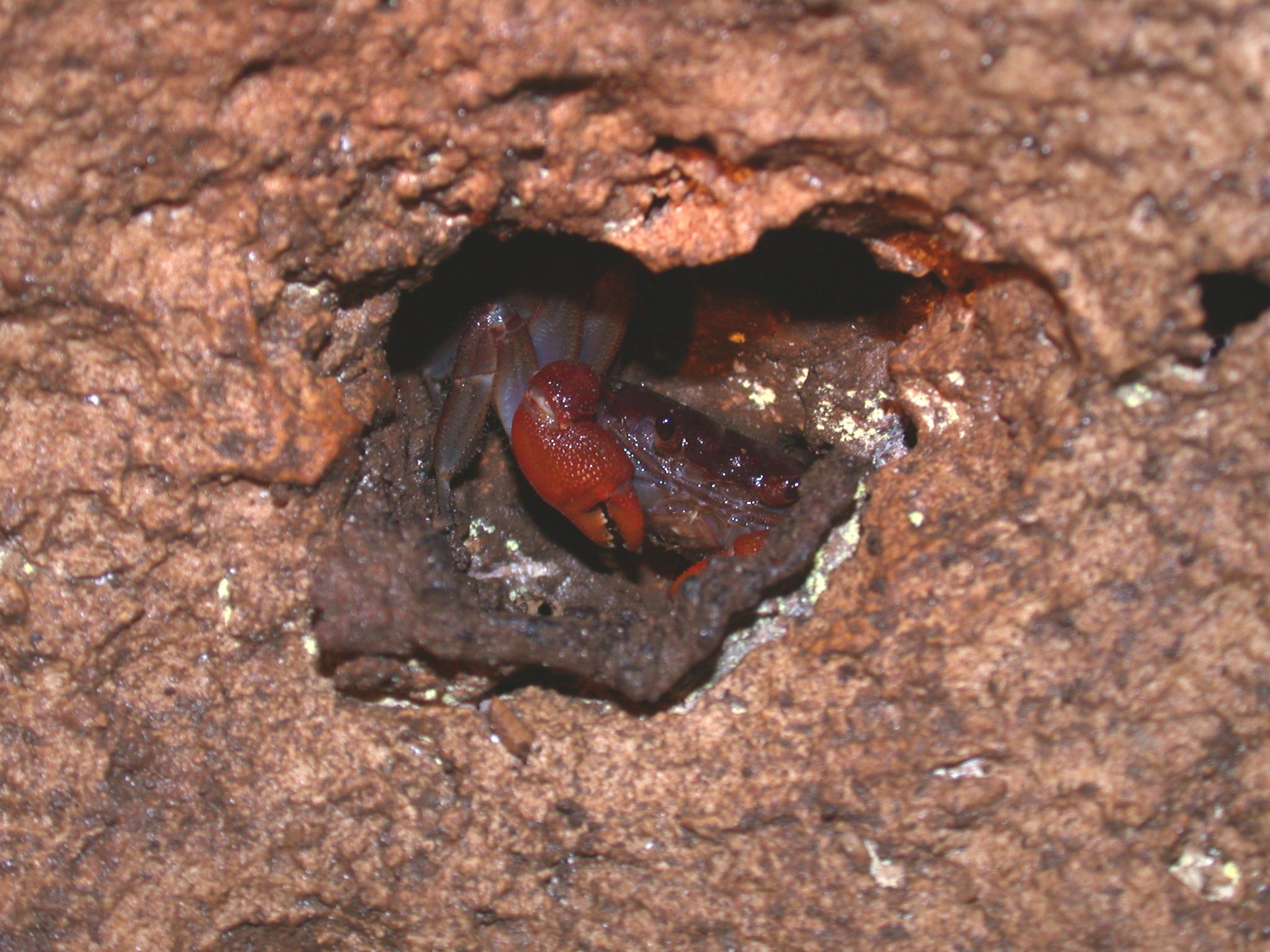 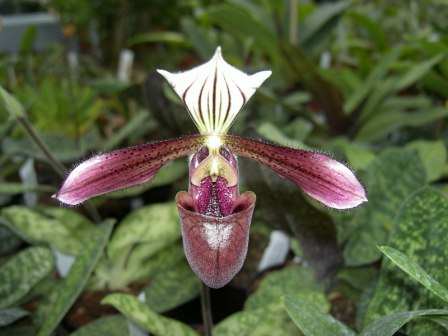 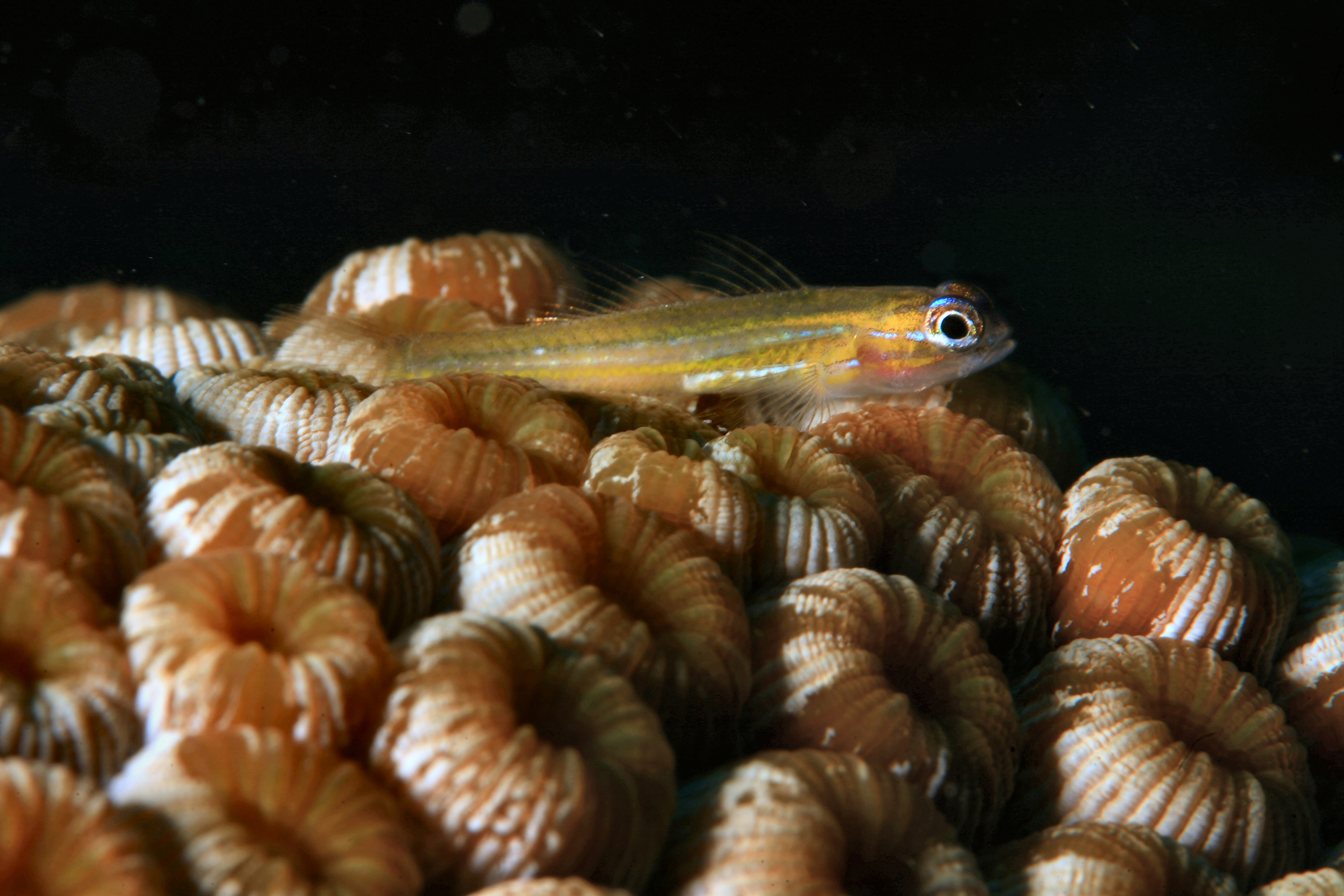 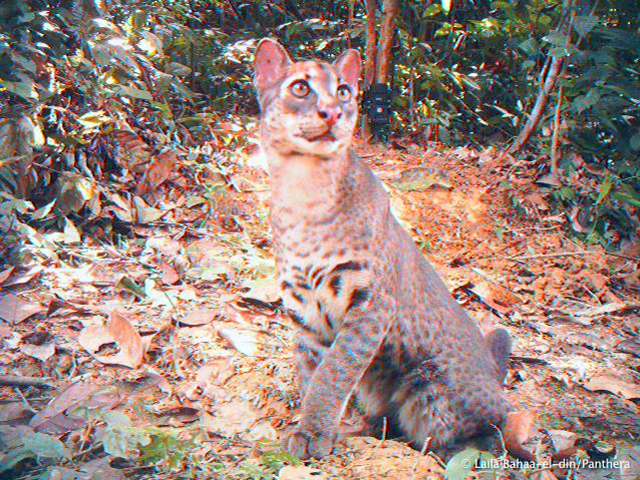 The IUCN Red List now includes 77,340 assessed species, of which 22,784 are threatened with extinction. The loss and degradation of habitat are identified as the main threat to 85% of all species described on the IUCN Red List, with illegal trade and invasive species also being key drivers of population decline.

“This IUCN Red List update confirms that effective conservation can yield outstanding results,” says Inger Andersen, IUCN Director General. “Saving the Iberian Lynx from the brink of extinction while securing the livelihoods of local communities is a perfect example.

“But this update is also a wake-up call, reminding us that our natural world is becoming increasingly vulnerable. The international community must urgently step up conservation efforts if we want to secure this fascinating diversity of life that sustains, inspires and amazes us every day.”

Following six decades of decline, the population of the Iberian Lynx (Lynx pardinus) increased from 52 mature individuals in 2002 to 156 in 2012. The species has now moved from the Critically Endangered to Endangered category on the IUCN Red List. This was achieved thanks to intensive conservation action including the restoration of rabbit populations – the main prey species of the Iberian Lynx - monitoring for illegal trapping, conservation breeding, reintroduction programmes and compensation schemes for landowners, which made their properties compatible with the habitat requirements of the Iberian Lynx. The species can be found in two regions of southwestern Spain as well as southeastern Portugal, which hosts its small reintroduced population.

“This is fantastic news for the Iberian Lynx, and excellent proof that conservation action really works,” says Urs Breitenmoser, Co-Chair of the IUCN Species Survival Commission’s Cat Specialist Group. “However, the job is far from finished and we must continue our conservation efforts to secure future range expansion and population growth of the species.”

The Guadalupe Fur Seal (Arctocephalus townsendi), which was twice thought to be Extinct due to hunting in the late 1800s and 1920s, has now improved in status. It has moved from the Near Threatened category to Least Concern thanks to habitat protection and the enforcement of laws such as the USA Marine Mammal Protection Act. The species’ population rebounded from some 200 to 500 individuals in the 1950s to around 20,000 in 2010. Prior to exploitation for its dense, luxurious underfur, the Guadalupe Fur Seal was likely the most abundant seal species on the islands of southern California, with a population estimate of 200,000.

According to the update, several mammals are facing increased threats from hunting and habitat loss. The extremely reclusive African Golden Cat (Caracal aurata) has moved from Near Threatened to Vulnerable due to population decline. The New Zealand Sea Lion (Phocarctos hookeri) – one of the rarest sea lions in the world – has moved from Vulnerable to Endangered, mainly due to disease, habitat modification caused by fishing, and accidental death as a result of bycatch. The species has never recovered from the severe population depletion which occurred due to commercial hunting early in the 19th century.

Despite successful conservation action in southern Africa, the Lion (Panthera leo) remains listed as Vulnerable at a global level due to declines in other regions. The West African subpopulation has been listed as Critically Endangered due to habitat conversion, a decline in prey caused by unsustainable hunting, and human-lion conflict. Rapid declines have also been recorded in East Africa – historically a stronghold for lions – mainly due to human-lion conflict and prey decline. Trade in bones and other body parts for traditional medicine, both within the region and in Asia, has been identified as a new, emerging threat to the species.

Assessments of all 84 species of tropical Asian slipper orchid – some of the most beautiful ornamental plants – show that 99% of the species are threatened with extinction, primarily due to over-collection for horticultural purposes and habitat loss. All international commercial trade in these species is prohibited under the Convention on International Trade in Endangered Species (CITES). However, highly damaging illegal trade continues due to a lack of adequate enforcement at national levels. Although these species are mostly represented in cultivated collections, their loss in the wild will have major impacts on their genetic diversity and the species’ continued existence. For example, the Purple Paphiopedilum (Paphiopedilum purpuratum), a rare species found in Viet Nam, China and Hong Kong, is listed as Critically Endangered. Threats include habitat fragmentation and degradation, and ruthless collection in the wild for the regional and international horticultural trade.

Forty-four Indian species of medicinal plant have been added to the IUCN Red List in this update. All are threatened with extinction, mainly due to over-collection and habitat loss. Aconitum chasmanthum, a highly toxic plant endemic to the Himalayan region of India and Pakistan, is listed as Critically Endangered due to unsustainable collection of tubers and roots, as well as habitat loss from avalanches and the construction of high-altitude roads. The roots and tubers, which contain alkaloids, are used in Ayurvedic and homeopathic medicine and are collected in huge quantities.

Two species of crab, Karstama balicum and Karstama emdi, have been listed as Critically Endangered as their only known habitat – Bali’s Giri Putri Cave – is threatened by increasing tourism and religious ceremonies carried out in the cave. Studies of the crabs are being carried out in order to identify appropriate conservation strategies.

Of the 143 species of goby assessed in the Caribbean region, 19 are threatened with extinction mainly due to a 59% decline in coral reef habitat between 1979 and 2011, and the invasive Lionfish (Pterois volitans). Gobies are one of the largest families of marine fish. They comprise more than 2,000 species, including some of the smallest vertebrates in the world, such as the Critically Endangered Dwarf Pygmy Goby (Pandaka pygmaea), which is only 1 to 1.5 cm long. The Peppermint Goby (Coryphopterus lipernes), which grows to a maximum of 3 cm, has been listed as Vulnerable. Previously listed as Least Concern, the Glass Goby (Coryphopterus hyalinus) is now Vulnerable due to increased threat from the invasive Lionfish.

Whilst no new species have been listed as Extinct, 14 species have been assessed as Critically Endangered (Possibly Extinct). These include the evergreen Magnolia emarginata, a tree endemic to Haiti, which has suffered from an estimated 97% reduction of its forest habitat during the last century. Ten species of orchid endemic to Madagascar, such as the white flowering Angraecum mahavavense, have also entered The IUCN Red List as Critically Endangered (Possibly Extinct) primarily due to loss of forest habitat and illegal collection.

“It is encouraging to see several species improve in status due to conservation action,” says Jane Smart, Director, IUCN’s Global Species Programme. “However, this update shows that we are still seeing devastating losses in species populations. The IUCN Red List is the voice of biodiversity telling us where we need to focus our attention most urgently – this voice is clearly telling us that we must act now to develop stronger policy and on-the-ground conservation programmes to protect species and halt their declines.”