A global re-assessment of polar bears highlights loss of sea ice habitat due to climate warming as the single most important threat to the long-term survival of the species, according to the latest update of The IUCN Red List of Threatened Species™ released today by IUCN, International Union for Conservation of Nature. 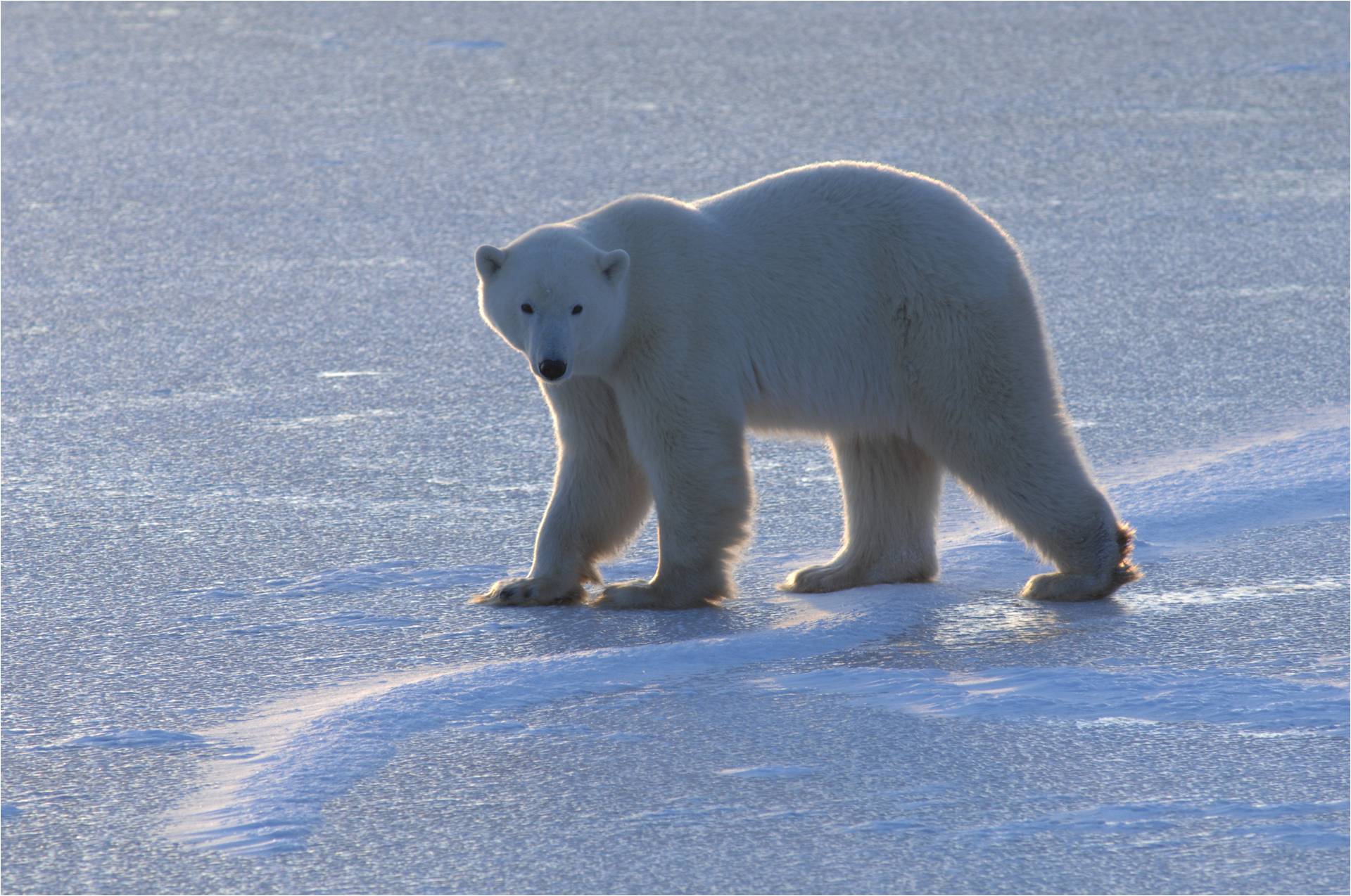 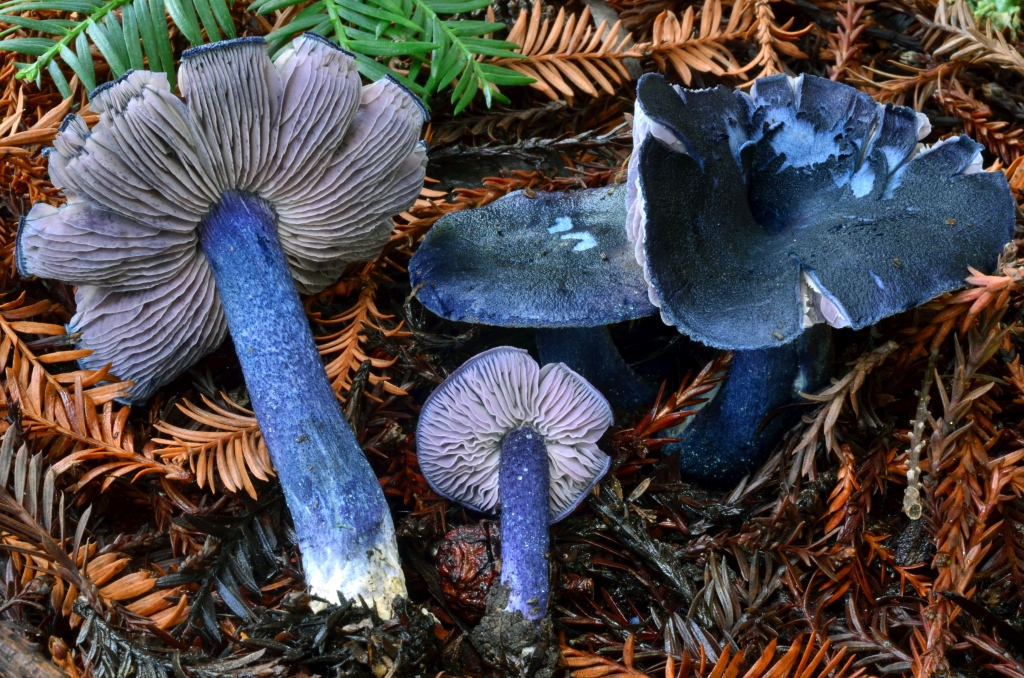 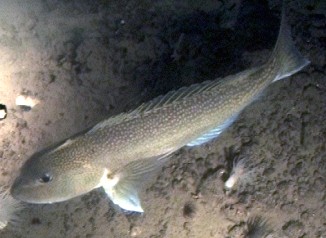 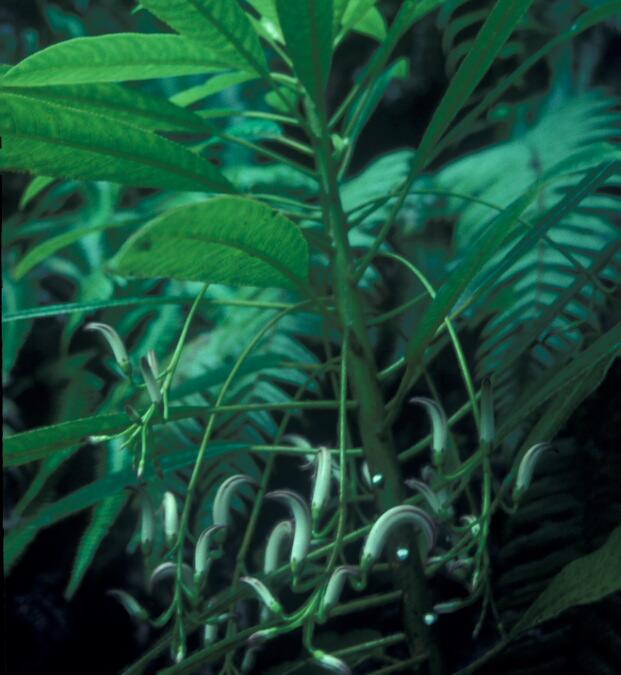 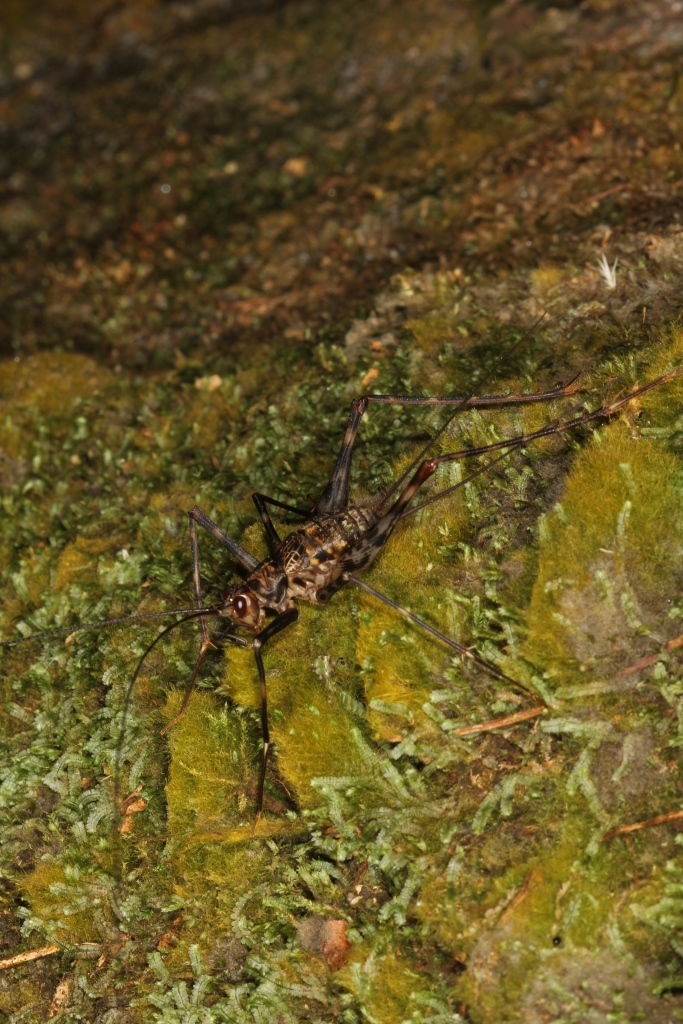 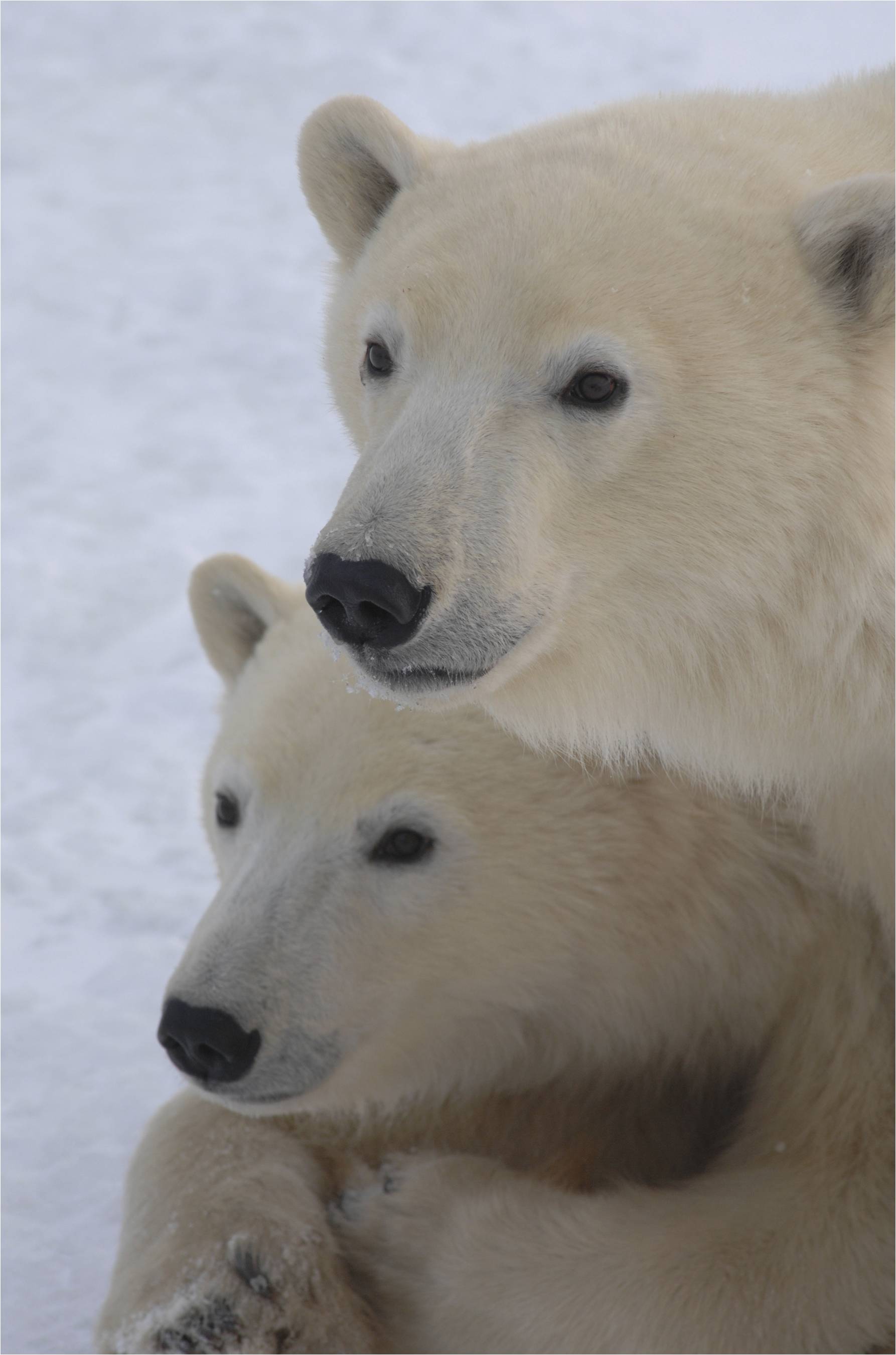 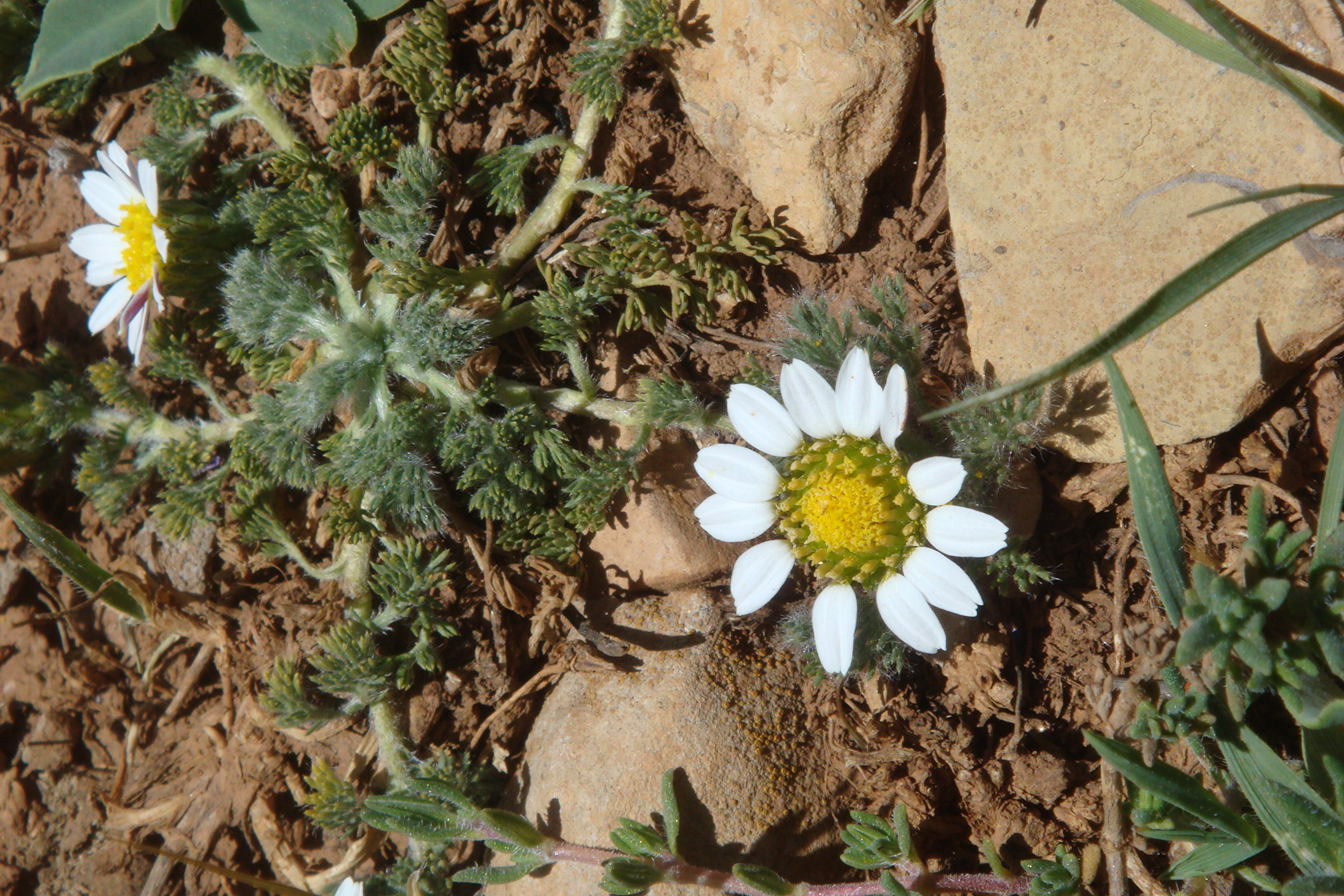 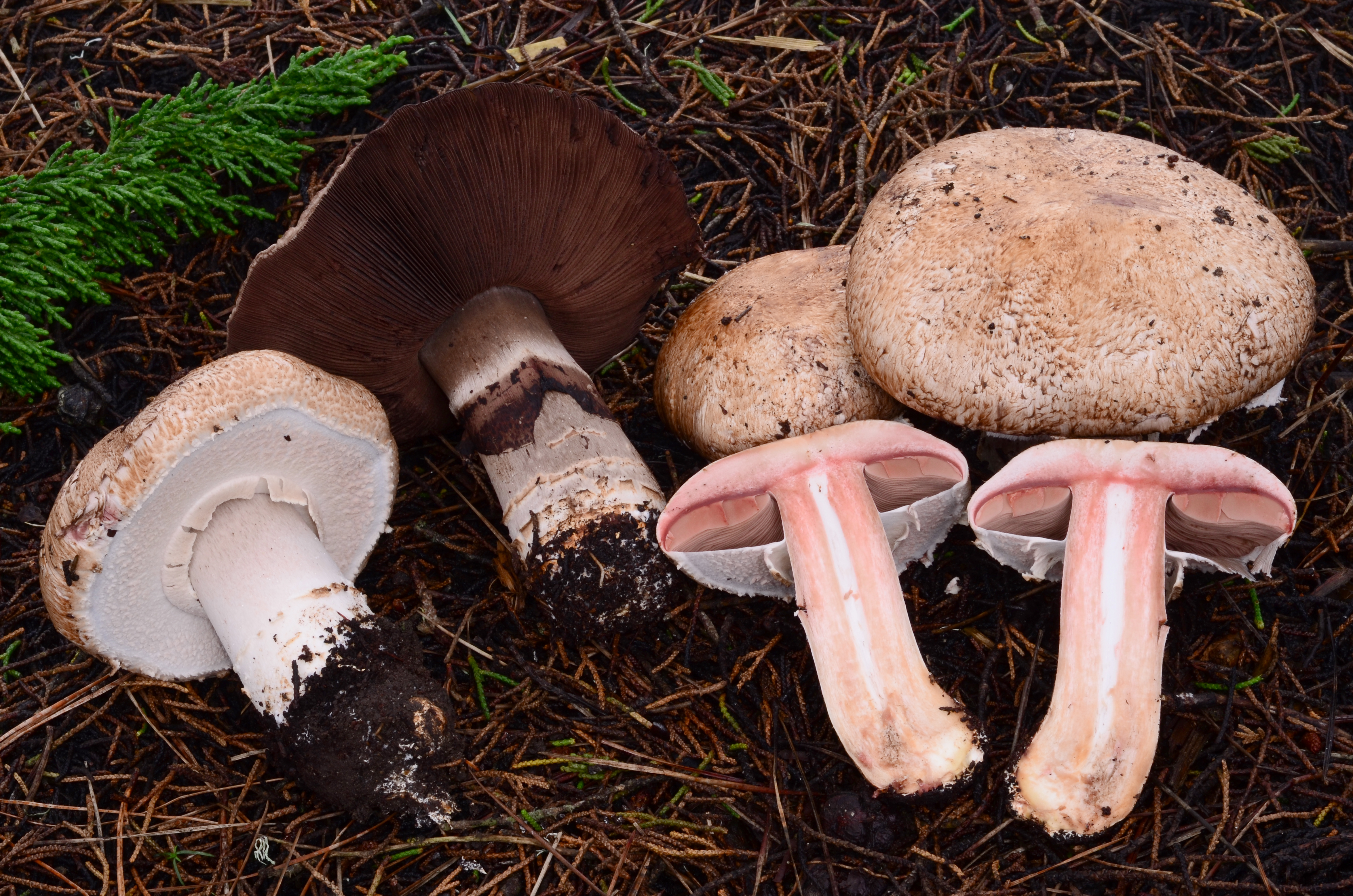 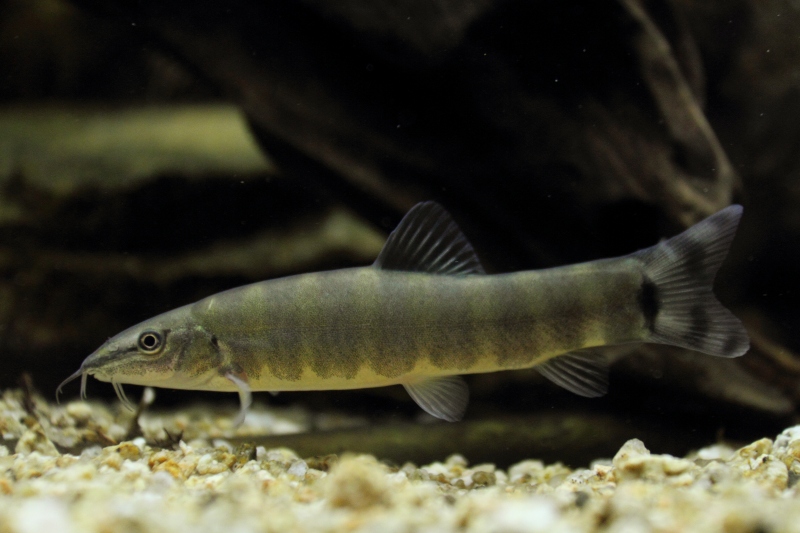 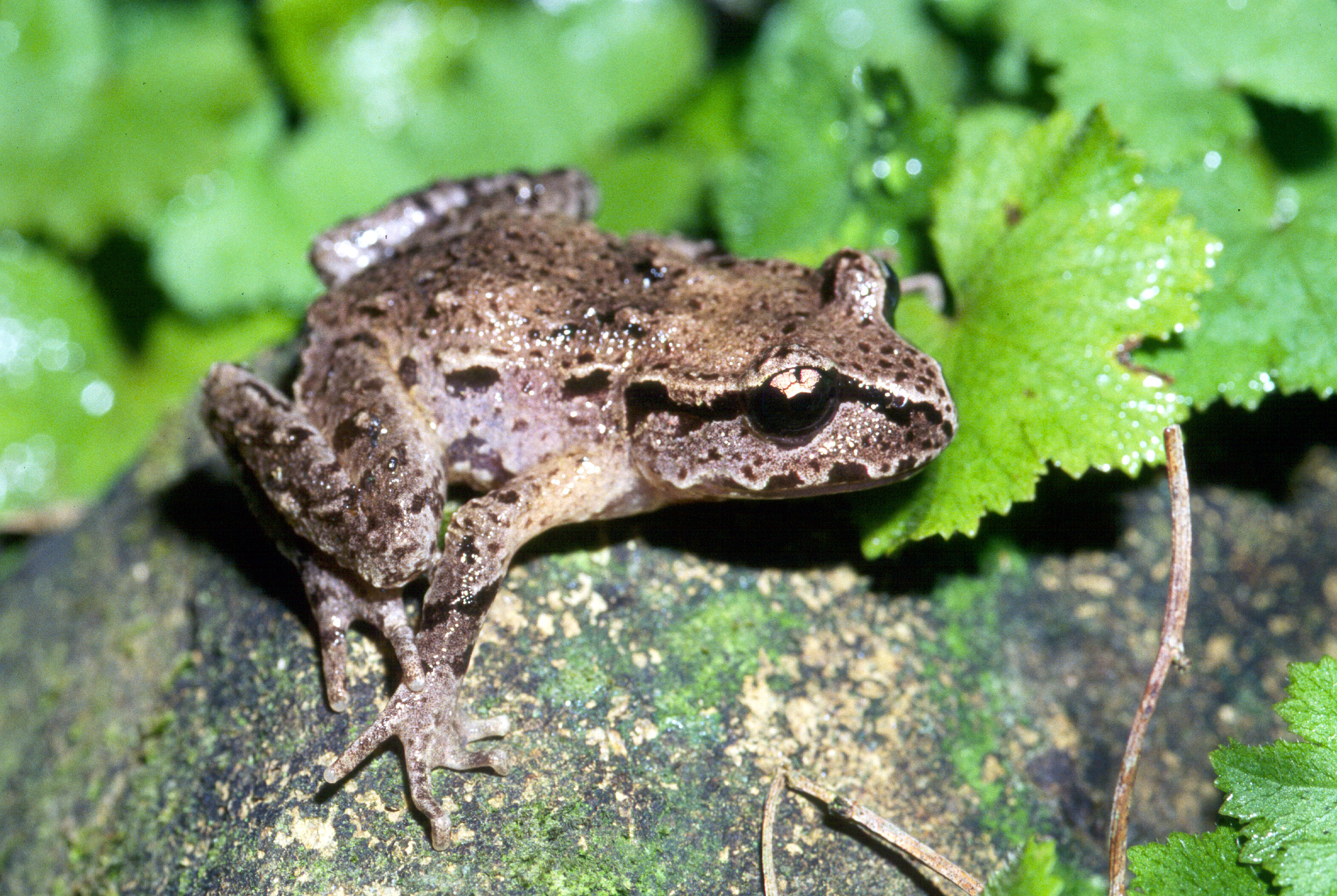 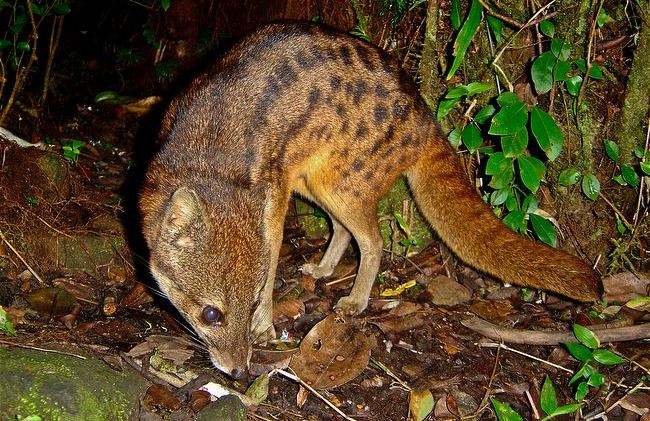 This update also highlights habitat degradation as a main threat to many fungus species and over-fishing as the key driver of decline in marine bony fish. The IUCN Red List now includes 79,837 assessed species, of which 23,250 are threatened with extinction.

The re-assessment of the polar bear (Ursus maritimus) used the most current sea ice and sub-population data, along with computer simulation and statistical models, to project potential changes in the size of polar bear sub-populations due to changes in sea ice. It is the most comprehensive assessment of this data to date. The results show that there is a high probability that the global polar bear population will decline by more than 30% over the next 35 to 40 years. The assessment supports the current Vulnerable status of the polar bear on The IUCN Red List.

“Based on the latest, most robust science, this assessment provides evidence that climate change will continue to seriously threaten polar bear survival in the future,” says Inger Andersen, IUCN Director General. “Climate change impacts go far beyond this iconic species, and present a threat our planet has never faced before. Governments meeting at the climate summit in Paris later this month will need to go all out to strike a deal strong enough to confront this unprecedented challenge.”

Recent studies show that the loss of Arctic sea ice has progressed faster than most climate models had predicted, with September sea ice extent declining at a linear rate of 14% per decade from 1979 through 2011. As polar bears rely on sea ice to access their prey, an annual ice-free period of five months or more will cause extended fasting for the species, which is likely to lead to increased reproductive failure and starvation in some areas. According to recent sea ice projections, large regions of the Canadian Arctic Archipelago will be ice free for more than five months by the late 21st century; and in other parts of the Arctic, the five-month ice-free threshold may be reached by the middle of the 21st century. Warming Arctic temperatures could also reduce habitat and increase the incidence of disease for prey species such as ice seals, placing the polar bear at further risk.

Polar bears are important to the livelihoods of Indigenous Peoples and, as apex predators, are essential to maintaining ecosystem balance in the Arctic region. Along with sea ice loss, other potential threats to the species include pollution, resource exploration and habitat change due to development. Oil development in the Arctic, for example, poses a wide range of threats, from oil spills to increased human-bear interaction.

“Whilst sea ice loss is the major threat to polar bears, the full range of current and potential threats must be considered in polar bear management plans,” says Dag Vongraven, Chair of IUCN’s Species Survival Commission’s (SSC) Polar Bear Specialist Group. “It is encouraging that polar bear range states have recently agreed on a Circumpolar Action Plan – the first global conservation strategy to strive for the long-term persistence of polar bears in the wild. IUCN is actively working with those countries, providing scientific data and advice to help implement the agreed plan in the most efficient and cohesive way possible. We truly hope that the action plan will make a difference for polar bear conservation.”

Twenty-nine fungi have been assessed in this update, more than doubling the number of fungi on The IUCN Red List. The main threats affecting the species are habitat loss and degradation, mostly from changing land use practices. The colourful Leptonia carnea, which has been listed as Vulnerable, is confined to the coastal redwood forest of California, USA. Changes in the Californian climate – increased droughts and reduced occurrence of fog – are impacting the habitat. Continued logging of the redwood (Sequoia sempervirens) which is listed as Endangered, is another major threat to the fungus.

Fungi provide essential ecosystem services which support animals and plants. They have a symbiotic relationship with 80% of all plants and form a crucial part of the digestive system of ruminants such as sheep and cows. Fungi are also extremely important to humans as medicine and food. The antibiotic Penicillin was derived from the fungus Penicillium, and today most antibiotics and statins (commonly used to lower blood cholesterol), are fungal in origin. Fungi are also used to make bread, beer, wine, cheese and many other foods.

This IUCN Red List update also reveals that the degradation of sensitive coastal habitats, pollution, overexploitation and destructive fishing practices are putting many marine bony fishes at risk of extinction in the East Central Atlantic and Greater Caribbean regions with the invasive lionfish placing further pressure in the Caribbean. The global assessment of the 1,400 marine bony fishes including both nearshore fishes and deep-sea fishes of the Eastern Central Atlantic – covering the area from Mauritania to Angola – shows that 3% are threatened with extinction. The roundnose grenadier (Coryphaenoides rupestris), is listed as Critically Endangered due to overexploitation. In the Caribbean, 1,340 species were assessed, and of these 5% are threatened with extinction, including the golden tilefish (Lopholatilus chamaeleonticeps) which is listed as Endangered. An important commercial fishery species, it is the largest species of tilefish and can reach up to 1.25 metres in length. Its population has declined by 66% over the last 48 years due to over-fishing.

Marine bony fishes are the largest group of fish and are both ecologically and economically important. The loss of these species would pose a serious threat to the food security and livelihoods of more than 340 million people in these regions. With the human population expected to double in the next 20 to 25 years, this new data will be used to guide fisheries management and conservation priorities in the regions, including the identification of priority sites for conservation action.

“These assessments are the first of their kind, providing comprehensive baseline information within a specified region, which is critical for the designation and improved management of marine protected areas and threatened marine species,” says Kent Carpenter, Manager of IUCN’s Marine Biodiversity Unit. “The data should also lead to the development of more effective initiatives to improve national and regional fisheries management to maximise conservation benefits.”

A total of 24 newly assessed Critically Endangered species are highlighted as being possibly extinct, primarily due to threats from invasive species and habitat destruction. Haha (Cyanea kolekoleensis), a plant species native to the island of Kauai, Hawaiʻi, is listed as Possibly Extinct. Its habitat is threatened by pigs and several invasive plant species, and there have been no recorded sightings since 1998. Eleven orchid species found only in Madagascar have been listed as Critically Endangered/(Possibly Extinct) including Bulbophyllum tampoketsense, which is threatened due to illegal collection and deforestation. Arico water frog (Telmatobius pefauri) is listed as Critically Endangered/(Possibly Extinct) because it has not been seen since 1976. This frog is threatened by water extraction for human use and for cattle ranching; it may also be affected by cattle trampling the stream habitats according to the experts.

Examples of other species that have been added in this update
Freshwater fishes
Kissing loach (Parabotia curtus), a freshwater fish from Japan, is under extreme threat from a development for a football stadium that is due to start soon.

Fungi
Agaricus pattersoniae, listed as Vulnerable, is endemic to coastal central California (USA). It lives alongside the occurring in Monterey cypress (Cuppressus macrocarpa) which is also listed as Vulnerable. The fungus needs an undisturbed layer of old pine needles to survive. Habitat destruction for urban development and increasing fire frequency are the main threats.

Plants for People
Atlas daisy (Anacyclus pyrethrum) listed as Vulnerable is found in Morocco. It is used to treat many diseases and conditions including speech disorders, laryngitis, sickle cell anaemia, epilepsy and depression. Premature exploitation and bad collection practices of the wild species often destroy the entire plant, preventing it from growing again.

Quercus acutifolia, listed as Vulnerable, is a species of oak which is used locally as firewood and charcoal, as well as for tools, fence posts, and small-scale building and construction materials. The bark can be used medicinally for the treatment of burns. Climate change poses a major threat. A recent study (Gomez-Mendoza and Arriaga 2007) identified the species as highly vulnerable to range contractions under multiple climate scenarios, projecting declines in distribution of up to 41% under projections by 2050.

Rediscovered species
Mahé Boulder Cricket (Phalangacris alluaudi) was previously listed as a Possibly Extinct species. However, it was rediscovered in 2014 and is now listed as Critically Endangered.

Examples of other species that have been uplisted (conservation status is worse)
Atacama toad (Rhinella atacamensis) has been uplisted from Least Concern to Vulnerable. Endemic to Chile, this toad has undergone an estimated 35 to 40% decline over the past 10 years due to habitat loss and degradation, which has increased in recent years.

Spotted fanaloka (Fossa fossana) has been uplisted from Near Threatened to Vulnerable. Endemic to Madagascar, this is a nocturnal species, which is restricted to primary forest areas. It is threatened by deforestation for cultivated land, and by forest degradation through selective logging and charcoal production. It is also threatened by hunting.

Geometric tortoise (Psammobates geometricus) has been uplisted from Endangered to Critically Endangered. Endemic to the Western Cape, South Africa, it has also undergone massive population declines: in 1992, the largest subpopulation was estimated to contain between 1,500 and 3,400 tortoises, but in 2012, the entire global population was estimated to be between 700 and 800. Over 90% of its original habitat has been irreversibly converted to agriculture, and populations in remaining habitat have suffered catastrophic declines from fire-induced mortality, with little indication of population recovery.

Examples of other species that have been downlisted (conservation status is better)
Hamilton’s Frog (Leiopelma hamiltoni) has been downlisted from Endangered to Vulnerable. The only naturally occurring population is confined to a single rock tumble on Stephens Island (New Zealand). The total population size was previously estimated to be less than 300 mature animals. Since then, a translocated subpopulation has been successfully established on Nukuwaiata Island site. Therefore, the total population size is now estimated to be between 300 to 800 individuals, including the subpopulation in its original natural range and the translocated subpopulation, and appears to be increasing.

LINKS:
Search for species on The IUCN Red List