Gland, Switzerland, 8 April 2021 (IUCN) – Ensuring sustainability of crop and timber production would mitigate the greatest drivers of terrestrial wildlife decline, responsible for 40% of the overall extinction risk of amphibians, birds and mammals, according to a paper published today in Nature Ecology & Evolution. These results were generated using a new metric which, for the first time, allows business, governments and civil society to assess their potential contributions to stemming global species loss, and can be used to calculate national, regional, sector-based, or institution-specific targets. The work was led by the IUCN Species Survival Commission’s Post-2020 Taskforce, hosted by Newcastle University (UK), in collaboration with scientists from 54 institutions in 21 countries around the world. 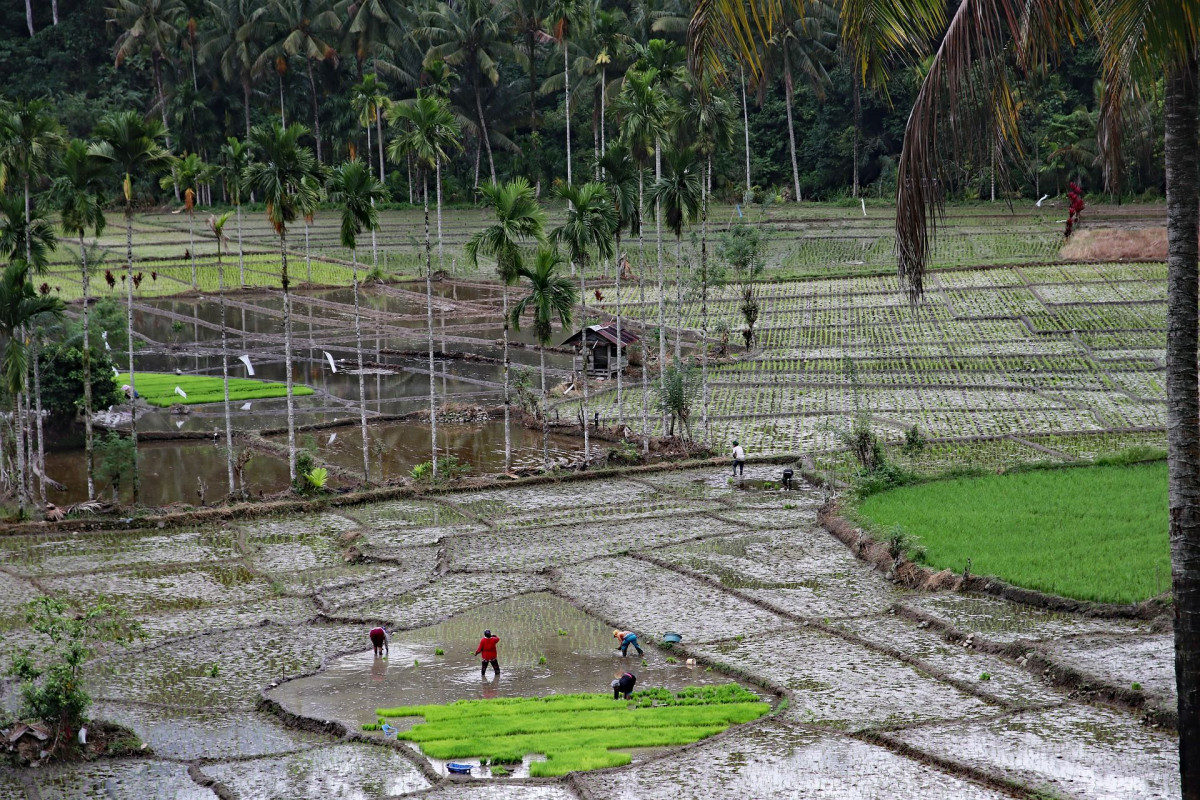 Removing threats to wildlife from unsustainable crop and timber production would reduce the global extinction risk of terrestrial vertebrate species by 40%, according to the new STAR metric. 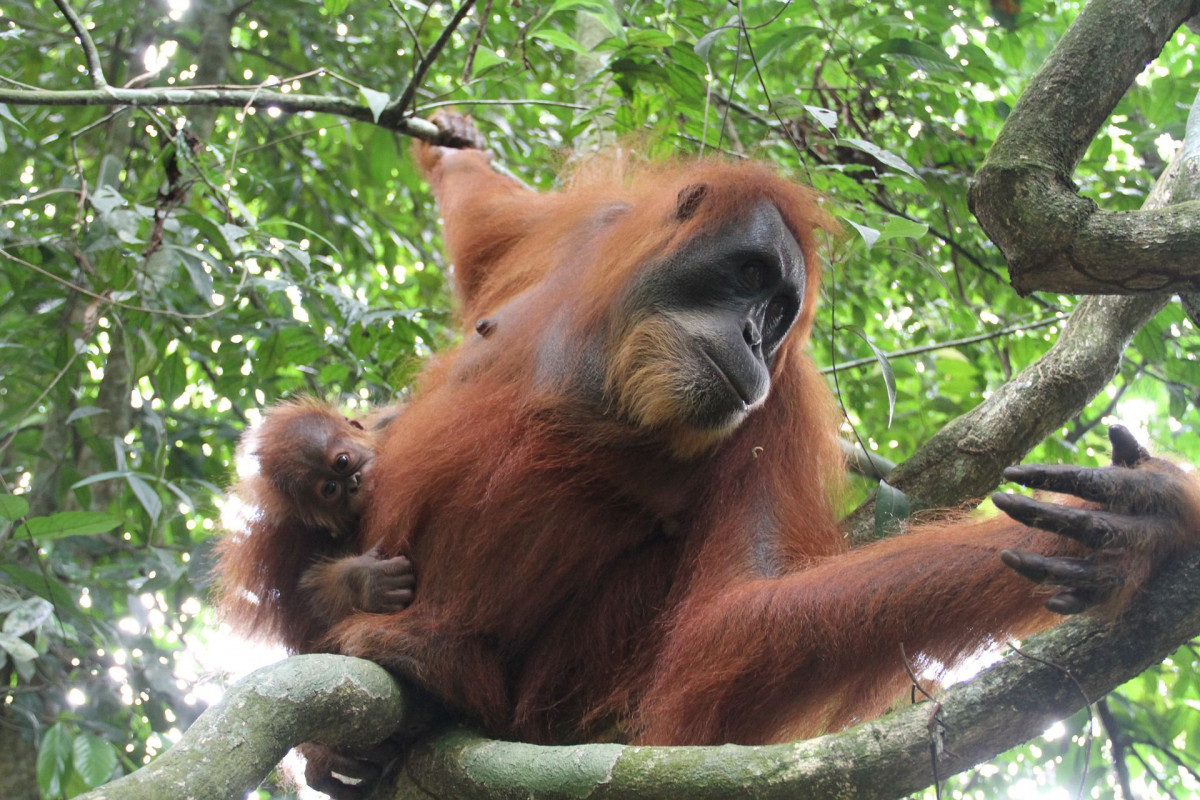 An orangutan and her baby in Sumatra (Indonesia). As one of the world's so-called "megadiverse" countries, Indonesia plays a key role in wildlife conservation. 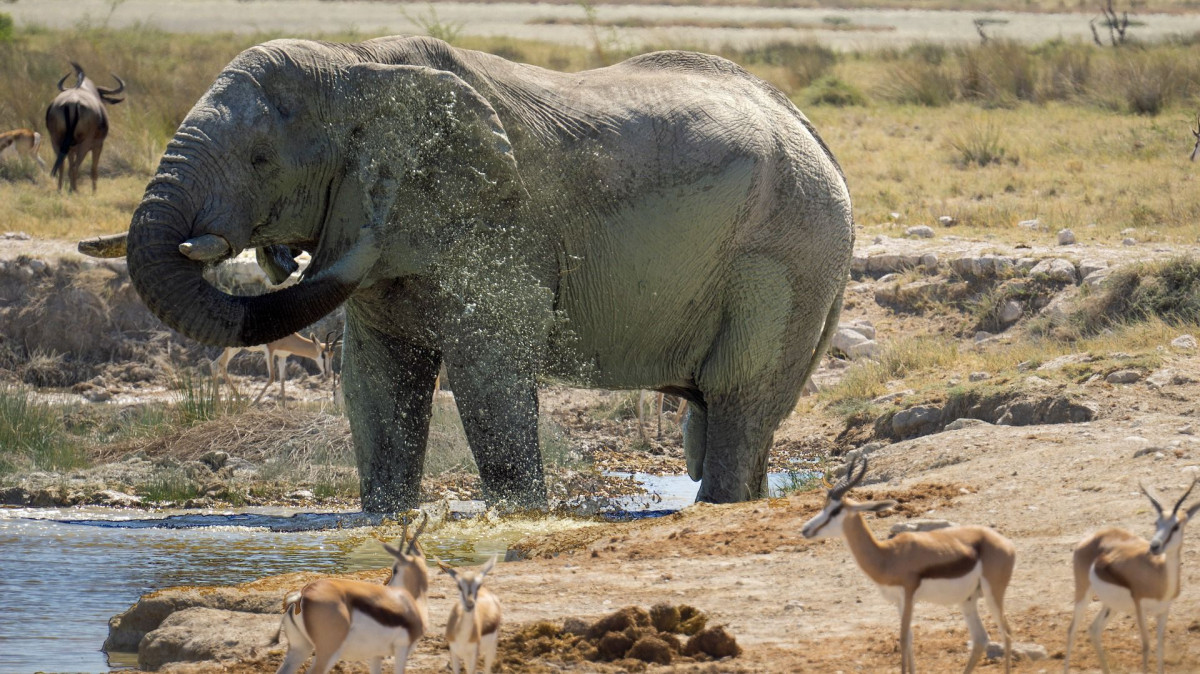 The African savanna elephant is listed as Endangered on the IUCN Red List of Threatened Species. Data from the Red List informs the STAR metric.

“For years, a major impediment to engaging companies, governments and others in biodiversity conservation has been the inability to measure the impact of their efforts,” said IUCN Director General Dr Bruno Oberle. “By quantifying their contributions, the new STAR metric can bring all these actors together around the common objective of preserving the diversity of life on Earth. We need concerted global action to safeguard the world’s biodiversity, and with it our own safety and wellbeing.”

The authors applied the new STAR (Species Threat Abatement and Restoration) metric to all species of amphibians, birds, and mammals – groups of terrestrial vertebrate species that are comprehensively assessed on the IUCN Red List of Threatened SpeciesTM. They found that removing threats to wildlife from crop production would reduce global extinction risk across these groups by 24%. Ending threats caused by unsustainable logging globally would reduce this by a further 16%, while removing threats associated with invasive alien species would bring a further 10% reduction, according to the paper. STAR can also be used to calculate the benefits of restoration: global extinction risk could potentially be reduced by 56% through comprehensive restoration of threatened species’ habitats, according to the paper.

Actions that benefit more species, and in particular the most threatened species, yield higher STAR scores. The results reveal that safeguarding “key biodiversity areas”, covering just 9% of land surface, could reduce global extinction risk by almost half (47%). While every country contributes to the global STAR score, conservation in five megadiverse countries could reduce global extinction risk by almost a third (31%), with Indonesia alone potentially contributing 7%.

“We are in the midst of a biodiversity crisis and resources are limited, but our study shows that extinction risk is concentrated in relatively small areas with greater numbers of highly threatened species. The STAR methodology allows us to consistently measure where and how conservation and restoration could have the biggest impact,” said Louise Mair of Newcastle University, lead author of the study. “At the same time, our analysis shows that threats to species are omnipresent, and that action to stem the loss of life on Earth must happen in all countries without exception.”

To show how the metric can be used by individual institutions, the authors applied STAR to an 88,000-hectare commercial rubber initiative in central Sumatra, Indonesia, where the major threats to biodiversity are crop production, logging and hunting. By abating these threats within its concession area, the company could report reducing overall extinction risk by 0.2% across Sumatra, 0.04% across Indonesia and 0.003% globally. These scores would be due in part to safeguarding the area’s populations of tigers (Panthera tigris; Endangered) and Asian elephants (Elephas maximus; Endangered), as well as leaf-nosed bats (Hipposideros orbiculus; Vulnerable, and only found in the region). Measuring contributions to biodiversity targets and assessing biodiversity-related risk – both facilitated by STAR – can feed into companies’ Environmental, Social and Governance reporting.

The STAR metric will be available in time to inform major international negotiations for nature in 2021. These include the IUCN World Conservation Congress in Marseille, France, in September, followed by the Fifteenth Conference of the Parties to the Convention on Biological Diversity, in Kunming China.

“The post-2020 Global Biodiversity Framework seeks to identify specific actions that will improve the overall state of biodiversity,” said Elizabeth Maruma Mrema, Executive Secretary of the Convention on Biological Diversity. “STAR provides a way to measure how reducing threats in a particular place can decrease overall extinction risk, linking proposed actions to achieving the Convention's vision of living in harmony with nature.”

The Nature Ecology & Evolution paper can be accessed here.

Quotes from leaders of co-author institutions can be accessed here.