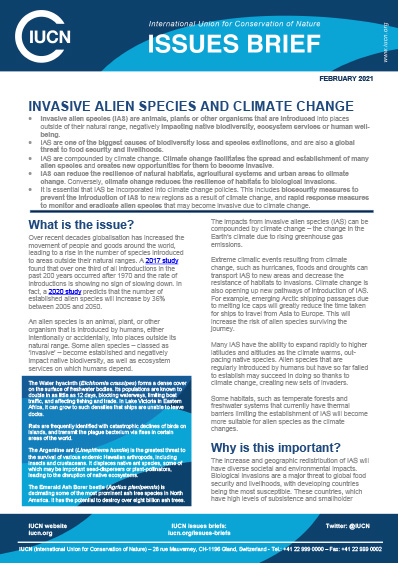 What is the issue ?

Over the recent decades globalisation has increased the movement of people and goods around the world, leading to a rise in the number of species introduced to areas outside their natural ranges. A 2017 study found that over one third of all introductions in the past 200 years occurred after 1970 and the rate of introductions is showing no sign of slowing down. In fact, a 2020 study predicts that the number of established alien species will increase by 36% between 2005 and 2050.

An alien species is an animal, plant or other organism that is introduced by humans, either intentionally or accidentally, into places outside its natural range. Some alien species – classed as ‘invasive’ – become established and negatively impact native biodiversity, as well as ecosystem services on which humans depend.

The Water hyacinth (Eichhornia crassipes) forms a dense cover on the surface of freshwater bodies. Its populations are known to double in as little as 12 days, blocking waterways, limiting boat traffic, and affecting fishing and trade. In Lake Victoria in Eastern Africa, it can grow to such densities that ships are unable to leave docks.

Rats are frequently identified with catastrophic declines of birds on islands, and transmit the plague bacterium via fleas in certain areas of the world.

The Argentine ant (Linepithema humile) is the greatest threat to the survival of various endemic Hawaiian arthropods, including insects and crustaceans. It displaces native ant species, some of which may be important seed-dispersers or plant-pollinators, leading to the disruption of native ecosystems.

The Emerald Ash Borer beetle (Agrilus planipennis) is decimating some of the most prominent ash tree species in North America. It has the potential to destroy over eight billion ash trees.

The impacts from invasive alien species (IAS) can be compounded by climate change – the change in the Earth’s climate due to rising greenhouse gas emissions.

Extreme climatic events resulting from climate change, such as hurricanes, floods and droughts can transport IAS to new areas and decrease the resistance of habitats to invasions. Climate change is also opening up new pathways of introduction of IAS. For example, emerging Arctic shipping passages due to melting ice caps will greatly reduce the time taken for ships to travel from Asia to Europe. This will increase the risk of alien species surviving the journey.

Many IAS have the ability to expand rapidly to higher latitudes and altitudes as the climate warms, out-pacing native species. Alien species that are regularly introduced by humans but have so far failed to establish may succeed in doing so thanks to climate change, creating new sets of invaders.

Some habitats, such as temperate forests and freshwater systems that currently have thermal barriers limiting the establishment of IAS will become more suitable for alien species as the climate changes.

The increase and geographic redistribution of IAS will have diverse societal and environmental impacts. Biological invasions are a major threat to global food security and livelihoods, with developing countries being the most susceptible. These countries, which have high levels of subsistence and smallholder farming, often lack the capacity to prevent and manage biological invasions.

IAS reduce the resilience of natural habitats, making them more vulnerable to the impacts of climate change. For example, some grasses and trees that have become IAS can significantly alter fire regimes, especially in areas that are becoming warmer and drier. This increases the frequency and severity of wildfires and puts habitats, urban areas and human life at risk. IAS can also impact agricultural systems, by reducing crop and animal health.

The economic costs of IAS and their management are in the billions of US$ annually, with invasive alien insects alone estimated to cost the global economy more than US$ 70 billion per year.

Biological invasions are among the top drivers of biodiversity loss and species extinctions across the world. A 2016 study published in the journal Biological Letters, showed that IAS are the second most common threat associated with species that have gone completely extinct since 1500. 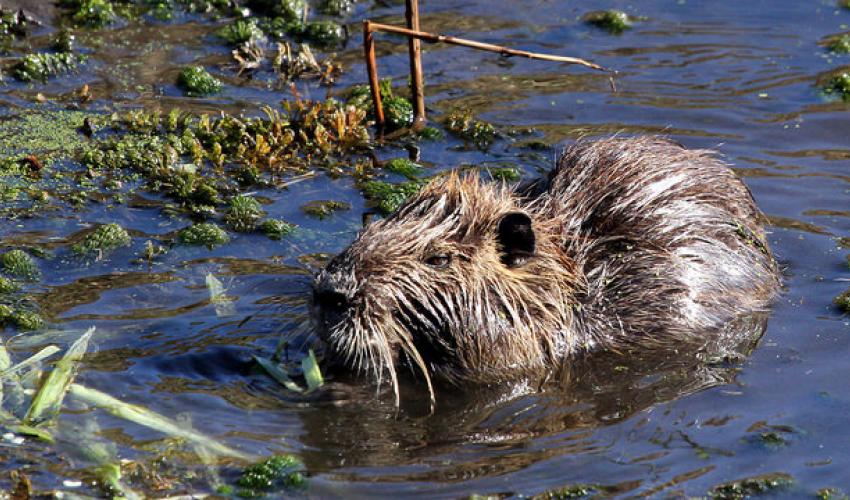 As the impacts of IAS are increasingly compounded by a changing climate, policy responses addressing these issues need to take into account the links between the two issues. Climate change policies can incorporate IAS, by including IAS prevention and control, and by ensuring that measures to address climate change do not increase the threat of IAS. For example native tree species should be used for carbon sequestration or erosion control rather than introduced species such as Acacia or Eucalyptus occurring outside their native range. Climate change should also be explicitly incorporated into risk assessments of IAS, to help identify those alien species that could become a threat in the future.

Ecosystems need to be prioritised according to their vulnerability to climate change and IAS, making it possible to establish measures that will prevent IAS introduction. This should include establishing effective biosecurity measures to manage priority pathways of introduction, supported by early warning and rapid eradication to tackle alien species before they become invasive. International cooperation is key. Adapted from the Invasive Plants and Animals Policy Framework, State of Victoria Department of Primary Industries, 2010

To improve ecosystem resilience to a changing climate, ecosystems that are already threatened by IAS need to be prioritised for IAS control or eradication.

And finally, those alien species that are likely to become invasive due to climate change (‘sleepers’) need to be identified and eradicated or controlled before they spread and become invasive.

Marine invasive species can have a disastrous impact on biodiversity, ecosystems, fisheries, human… 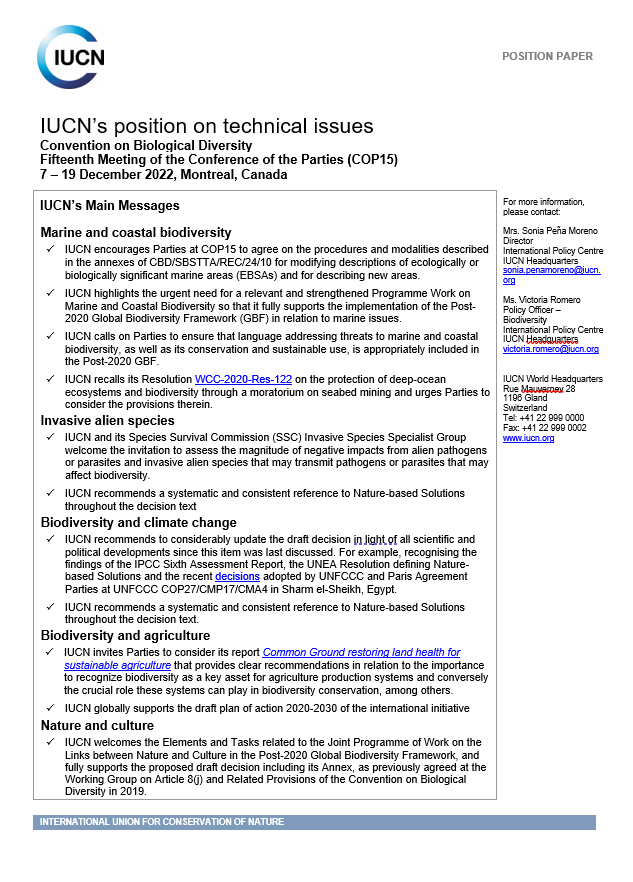 The IUCN Red List of Ecosystems is a tool to assess the conservation status of ecosystems. It is…