Overview
About
Our Work
Partners and donors
Resources
News & Events

Established in 2018 in Lisbon this Center for Species Survival, hosted by Oceanário de Lisboa, has the goal to increase the representativity of marine species on the IUCN Red List of Threatened Species, to better understand the conservation needs of the marine environment. To this end, it works closely with the Marine Biodiversity Unit on global assessments of marine fishes, with a particular focus on Not Evaluated species held in public aquariums, as well as conducting national assessments for Portuguese marine fishes.

In 2018, Oceanário de Lisboa was invited by the Species Survival Commission (SSC) to join the budding network of partnerships with zoos and aquariums around the world and support the Global Marine Species Assessment (GMSA) project. The GMSA is the first global review of the risk of extinction for 20,000 marine species including every marine vertebrate, plants, and selected invertebrates for inclusion in the IUCN Red List. The project began in 2005 as a joint initiative of the SSC and Conservation International and was formalized as the main initiative of the Marine Biodiversity Unit (MBU) of the IUCN Global Species Programme in 2009.

The Red List Officer based at Oceanário de Lisboa started by focusing on the global assessment of marine bony fishes within the scope of the GMSA, however, the work quickly evolved to the development of a new project with The Deep (UK), to assess Not Evaluated species in public aquarium collections. This project aimed to better understand the conservation status of the species hosted by Oceanário de Lisboa and The Deep, to inform collection management and the allocation of funding to in situ conservation projects.

In 2021, with the development of SSC’s partnership network, the Oceanário's Red List Officers team adopted the designation Center for Species Survival – Oceanário de Lisboa, continuing the work on Assess step of the Assess-Plan-Act cycle. The marine environment is still poorly represented on the IUCN Red List of Threatened Species when compared to terrestrial taxa, being essential to close knowledge gaps in this environment, to better inform conservation action. For this reason, by the end of 2021, the CSS-Oceanário de Lisboa started working on the ‘Red Book of the Marine Fishes of Portugal’ and welcomed two more full-time Species Survival Officers to the team. This book aims to know the current extinction risk of the 1,040+ species of marine fishes that inhabit Portuguese waters and to update the only Red Book of Marine Fishes in Portugal dating from 1993.

Red Book of the Marine Fishes of Portugal

Red Books first started being published in Portugal in the early 1990s: the first, focused on Mammals, Birds, Reptiles and Amphibians, was published in 1990; the second, focused on Freshwater and Diadromous Fishes, was published in 1991; and the final volume published in 1993 assessed Marine and Estuarine Fishes. After 30 years, most taxonomic groups have had national assessment updates; however, marine fishes were left behind. With one of the largest European Exclusive Economic Zones (EEZ) and over 1,000 species of marine fishes, it is of extreme importance to know the status of marine biodiversity to define conservation strategies and inform marine development strategies. This ambitious project is being led by Oceanário de Lisboa and the Oceano Azul Foundation, with the technical support of the Institute for the Conservation of Nature and Forests (ICNF) and financial support from the City Council of Lisbon (CML). It is expected to be completed by 2023.

This Red Book will follow IUCN’s Red List Guidelines for Regional and National Assessments and count on the participation of researchers and ichthyologists from all over mainland Portugal, Azores, and Madeira.

Due to the relatively low number of marine assessments on the Red List, when compared to those of other systems, Oceanário has been focused on the Assess step of the Assess-Plan-Act Cycle, as it is essential to know what needs protection before designing conservation measures. This commitment has resulted in Catarina Fonseca’s participation in several of MBU’s assessment projects by collating data for, facilitating, or reviewing almost 600 assessments of marine bony fishes, as well as participating in two international assessment workshops, as of 2022.

In 2019, the Public Aquarium Species Assessment Project was started to assess all Not Evaluated (NE) marine vertebrate and invertebrate species in public aquariums, starting with Oceanário de Lisboa’s and The Deep´s animal collection. The information collected is then used to better inform collection planning, conservation, and education messages, ex situ conservation activities, and allocation of funding to in situ conservation projects. 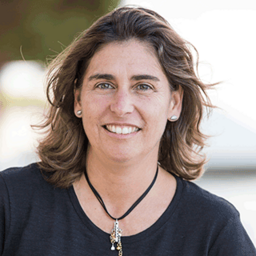 She is the coordinator of the Center for Species Survival – Oceanário de Lisboa. Núria works closely with numerous marine species conservation projects both in Portugal and abroad. 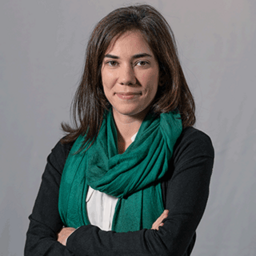 Catarina is a Marine Species Survival Officer at Oceanário de Lisboa. Since 2018, she works on the assessment of species held in aquarium collections to improve conservation actions for these species. 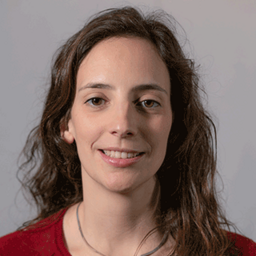 Ana is a Marine Species Survival Officer at Oceanário de Lisboa. She started her career in the Azores as a scientific researcher. In 2021, Ana moved to the Center for Species Survival team to work on the Red Book of the Marine Fishes of Portugal. 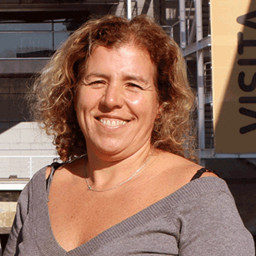 Catarina is a Marine Species Survival Officer at Oceanário de Lisboa. She started her career focusing on fish biology. In 2021, Catarina joined the Center for Species Survival team to work on the Red Book of the Marine Fishes of Portugal.